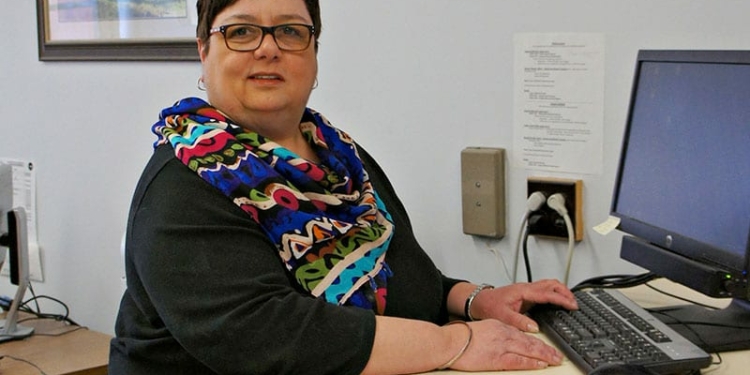 “It’s time. It’s time for me and it’s time to have someone new in the office,” she said. “I’m excited about a new chapter in my life.”

She has been a strong clerk and a strong candidate for the Republican Party that has made somewhat of a comeback in recent years after losing the dominance in town politics it enjoyed for decades.

DelTorto rarely had an opponent, but did have a Democrat step up in 2007 when Paula Mahan was first elected supervisor. Now a county legislator, Alison McLean Lane said she wants to run again for the spot.

“I did interview with the Colonie Democratic Committee and am awaiting the nominations,” she said. “I do feel confident. I interviewed strong and I ran in 2007 so I thought it would be a good opportunity.”

Currently a legislative director for Assemblyman Phil Steck, McLean Lane used to work in constituent services for Mahan and prior to that worked at the Lyons Group in Boston and before that in the office of that city’s mayor.

“I have worked with the general public throughout my professional career,” she said. “I also have experience in keeping statistics, and that’s a very important aspect of the job because it directly impacts block grant funding from the federal government.”

The 45-year-old mother of twins who lives in Menands with her husband won a special election to the county Legislature in 2013, and was elected to a full term in 2015. She does not have to step down to run, but will have to give up her District 14 seat if she wins in November.

There are other candidates interested in running for the Democrats, said Chairwoman Ellen Rosano, but the party is still interviewing and she preferred not to say who.

Even without the official party nomination, McLean Lane has hit the ground running and has already made a round of fundraising phone calls.

“Democrats are going to have a strong year this year, especially what

is happening at the federal level,” said one of only two Democrat who can say they won a town-wide Independence Party primary. “I think it is going to get a lot of people out to vote who maybe weren’t involved in local politics.”

DelTorto said she let the Republican Party know she was stepping down to give them time to find a replacement candidate, but so far no names have emerged.

“It’s been a dream job,” she said. “For 20 years I’ve had the best job in town and that’s because of the residents of Colonie, the people I work with and the political people too.”

The clerk’s job description is largely dictated by state law and includes keeping vital statistics, recording secretary, records management and licensing officer. The supervisor is the face of the town, but most people head to the clerk’s office for most of their everyday needs or just to find out where to go in Town Hall.

“Local government is such an assessable form of government to the residents,” she said. “You can’t walk in and out of the Capitol or the White House, but they walk into Town Hall. I’m going to miss seeing them everyday.”