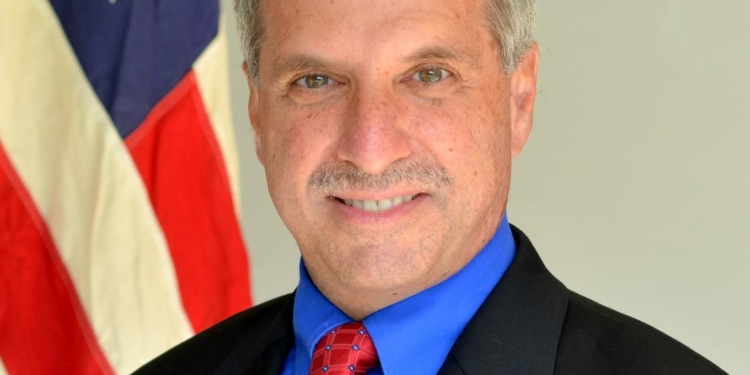 “I want to be the Town Supervisor; my opponent wants to be a Big City Mayor.”

Citing the need for a new direction that protects the suburban character of Colonie and improves quality of life, Albany County Legislative Minority Leader Frank Mauriello (R-27) has announced that he will be seeking the Republican nomination for Colonie Town Supervisor at a town Republican candidate forum on Monday, March 6 at 7 p.m. at the Blue Stone Bistro at  661 Albany Shaker Rd. in Latham.

Town board candidates will also be vetted on Monday night. Town of Colonie Republican Party Chairman George Scaringe announced that the party will host the forum for all registered Republicans interested in running for the town and county offices and state Supreme Court in November.

Mauriello said years of unchecked growth, along with questionable planning decisions have placed an enormous strain on Colonie’s infrastructure and town services, plaguing the suburban town with “big-city” problems. He added that some of the town’s financial decisions, such as those pertaining to the landfill, have shortchanged taxpayers because they were shortsighted and made in haste.

“Colonie has always been an attractive choice for families seeking to live in a town with strong communities, safe streets, good schools and town services,” said Mauriello. “However, decisions made by the town supervisor over the past 10 years have eroded our quality of life as overdevelopment, traffic congestion and bad financial deals have taken their toll. Our neighborhoods are now besieged by overcrowding, classrooms are at maximum capacity, commuters are frustrated and homeowners will inevitably face tax increases. You hear similar complaints in major cities.”

Unchecked growth can be addressed, Mauriello said, by revising zoning laws to maximize low impact development and ending incentives for high-density developments. He also wants to better integrate the school district in the comprehensive plan update. He also wants to end the practice of circumventing existing laws by closing loopholes allowing the use of special use permits and Planned Development Districts. To mitigate traffic congestion, Mauriello insists the Town stop utilizing old data and update traffic studies.

Mauriello identified additional issues that need attention, including the need for an economic development plan that plugs vacant lots along areas such as the Central Avenue corridor to help combat blight and decay. He also believes efforts to expand the landfill must be closely examined for environmental impact in addition to ensuring that Colonie taxpayers aren’t getting shortchanged to the benefit of the landfill operator. He is also calling for greater oversight of the town IDA, which has been cited for non-compliance and, according to Mauriello, been mismanaged at the expense of taxpayers.

“Colonie deserves an open and transparent government that is focused on accountability and problem-solving,” he said. “I was raised in this town and have devoted many years of public and community service to ensuring that Colonie’s families have strong communities and services. I want my children to have the same opportunity to raise their families in the best suburban community in the state.  I am running because I see that slipping away and the time to act is now.”

A former town councilman and deputy town supervisor, Mauriello, as a county legislator, has advocated for charter reforms that he says will result in taxpayer savings, more efficient government and greater transparency. In addition to public service, Mauriello has been a business sales professional for more than 26 years.

Frank, his wife Natalie and their two daughters, Vanessa and Victoria, are longstanding Colonie residents.