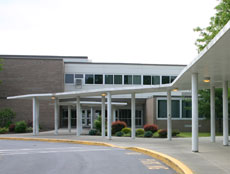 COLONIE — The North Colonie Central School District is considering public input before finalizing a scaled down capital project to renovate its facilities.

“Clearly we have to look at downsizing it, yet at the same time the problems persist,” said Superintendent Joseph Corr. “Most notably, we are experiencing an increase in enrollment and we need to accommodate a larger student body.”

Projections estimate that some 1,000 new students will enroll in the district over the next decade.

There was a well-attended public meeting on Monday, Jan. 30 and Corr said there will be another in March to gauge public sentiment prior to finalizing the parameters of a new capital project.

The plan is to then put it to a referendum in May, when districts across the state, including North Colonie, put their respective budgets up for a vote.

“It gives us the next six or seven weeks to continue to work on things and to get feedback from the community,” Corr said. “We need a balance between meeting the needs of our students and our taxpayers, and we are working on determining what that point might be.”

On Dec. 15, voters rejected a $196.4 million proposal 2,189 to 1,842. The district came under fire for not doing a good enough job of informing the public about the proposal, for holding the election on an off-day when there were no other elections being held and for only having one spot where voters could cast a ballot.

Corr has stressed, though, that timing is of the essence because a higher state aid ratio, which will require the state to pick up more of the project’s cost rather than local property tax payers, expires on June, 30, 2018.