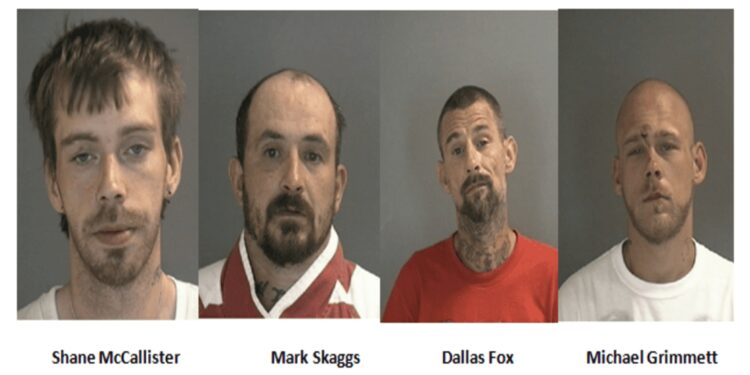 According to District Attorney David Soares, on June 5, 2016, at around 3 p.m. the four men attacked an acquaintance, restrained and beat him for several hours while at a hotel on Airport Park Boulevard.

The four kicked the man, beat him with closed fists and cut him with a knife. He suffered broken bones and was bit in the genitals.

Mark Skaggs, 33, pleaded guilty to attempted assault and is looking at six years in prison.