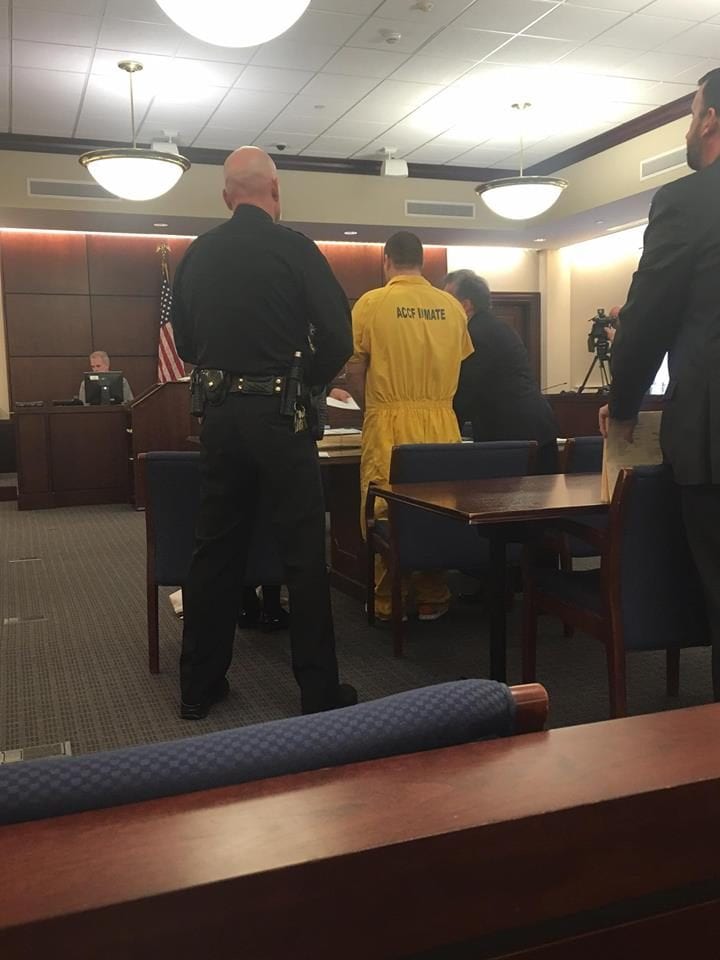 ALBANY— A gruesome case that has cast a dark shadow over the Captial Distict came to an emotional end last week as Michael Chimielewski and Sean Moreland, the two men charged in connection with the 2015 murder of Colonie barber Jacquelyn Porreca, received their prison sentences.

In Albany County Court on Wednesday, Nov. 9, Chimielewski received a sentence of 22 years to life in prison. Chimielewski, 23, pled guilty to first-degree murder in September. Moreland, 33, who in September pled guilty to one count of hindering the prosecution, was sentenced to two and six years in prison—to be served concurrently with eight years for an unrelated burglary conviction. Last month, Moreland, who drove Chimielewski away from the murder scene after he stabbed Porreca, 32, in the neck multiple times while robbing Recycled Salon in Colonie, took a deal that dropped three other felony charges—second-degree murder, second-degree burglary and first-degree robbery. Judge Thomas Breslin handed down the sentence.

Porreca’s family members have been vocal about their dissatisfaction about the length of the suggested, and ultimately final sentences, and they delivered strong, emotional victim impact statements on Wednesday morning, condemning Chimielewski and Moreland.

Porreca’s mother, Elizabeth Zuckoff, spoke first, saying it had been her privilege to have Porreca as a daughter, describing her as kind, gentle, loving, and empathetic.

“Her heart and soul was so huge, that no one could ignore the light she carried with her,” Zuckoff said. She then described the harrowing experience of watching her daughter suffer from strokes in the hospital during her final days. But, Zuckoff described Porreca’s murder as overkill, and questioned repeatedly the claim that Chimielewski’s motive was drug-related.

“I do not believe that Mr. Chimielewski, or Mr. Moreland, has ever told the real truth of their true motive for murdering Jacquelyn in cold blood,” she said. “I do not believe I will ever get over this.”

Chimielewski and Moreland claim they robbed the Recycled Hair Salon in August, 2015 for money to feed their respective heroin addictions.

“Instead of being able to speak at her wedding, I had to speak at her memorial,” she said before breaking down in tears. She too disputed the drug-related motive of the murder, noting that a drug addiction did not make Chimielewski bring a knife to the salon.

“My sister’s life is gone forever … the most beautiful woman I’ve ever met,” said Gio Falciano, another one of Porreca’s sisters. She expressed her wish to see both Chimielewski and Moreland behind bars for life, as did another sister, Lucia.

Porreca’s fiancé, Mickey Myers said was not been sure if he was going to speak in court, but ultimately decided to make a statement to honor his fiancé.

“I will never forgive you for what you took away from me. I spent the last 14 months with more sleepless nights that I can count,” Myers said to Chimielewski and Moreland. “I’ve shed more tears than any one person should have to. Your pain and suffering will never, ever come close to our pain.”

Breslin acknowledged the validity and emotion in the family’s words.

“I listened carefully to the victim impact statements,” Breslin said. “One thing that Jackie’s sister said rings true in this court. ‘Drugs may have made them desperate for money, but it didn’t make them kill my sister.’”

Before they were led out of the courtroom, both Moreland and Chimielewski addressed Porreca’s family.

While Moreland read a written apology.

“I’m sorry for having any connection with what happened to Jacquelyn Porreca,” Moreland said. “Her family has suffered a tremendous loss. I apologize for not coming forward.”

Chimielewski said his addiction had torn his life apart, and struggled through his statement. He eventually succumbed to tears as he left the courtroom.

“We thank and recognize the Colonie Police Department, New York State Police, and other members of law enforcement who worked tirelessly on this case.  The resolution today has placed responsibility on the person who killed Ms. Porreca and for the driver who helped him leave the scene of the crime.  Mr. Chmielewski pleaded guilty to the highest level felony in New York State – murder in the first degree.  He now faces a sentence of a maximum term of life in State Prison.  Mr. Moreland will serve up to eight years for driving Chmielewski away from the scene, as well as for an unrelated burglary.  This case has touched so many and left our community with a tragic loss of a young, vibrant, woman – Jacquelyn Porreca,” the Albany County District Attorney’s Office said in a statement.

Moreland’s attorney, Paul DerOhannesian, told reporters Wednesday morning that “it’s hard to make sense out of a senseless crime,” but emphasized that Chimielewski’s crime is separate from Moreland’s and maintained, as he has throughout the entire case, that Moreland had not been aware of any plan to commit the robbery and murder, even after driving Chimielewski away from the salon.

“I think it’s wrong to try to look for rationality in what took place,” DerOhannesian said.