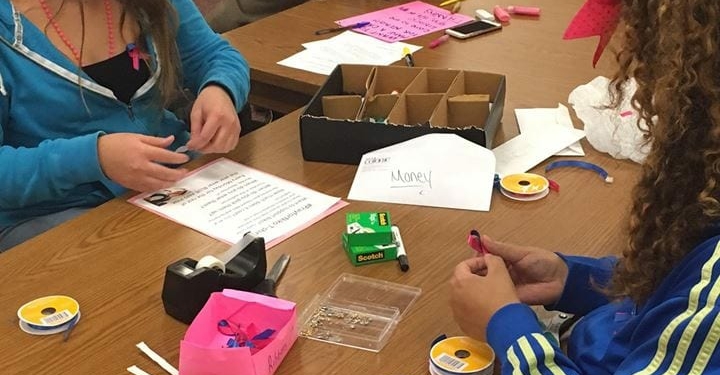 COLONIE— Students at Colonie Central High School swiftly came together today in a massive wave of support for their fellow student who was grievously injured in a fiery car crash late last Friday night.

On Friday, Oct. 28 at approximately 11 p.m., a BMW driven by 18-year-old Michael Carr went off Consaul Road and into the parking lot of the Blessings Tavern located at the “Y” intersection of Consaul and Watervliet Shaker roads, according to police. Carr’s car then slammed into a 2009 Chevrolet pickup truck and a 2016 BMW, which were parked next to the building. The force of the crash was enough to send Carr’s car underneath the pickup, and both the vehicles went through the tavern wall. Carr’s car burst into flames, critically injuring his passenger, Niko Dinovo, 16. Blessings reportedly had about 30 people inside of it when the crash occurred.

Carr, who was allegedly under the influence of drugs while driving, has since been charged with vehicular assault and reckless endangerment, both felonies. He and a cook and one other patron were taken to Albany Medical Center for non-life threatening injuries, according to police. Dinovo, however, was taken to Westchester Medical Center and was in critical condition as of Sunday. He sustained serious third-degree burns to 95 percent of his body.

But Dinovo was far from absent at school on Monday. While some students wore costumes for Halloween, many of them opted to wear blue, Dinovo’s favorite color, or pink, to represent Dinovo’s affinity for pink shirts. Students from all grade levels gathered in the school library during their free periods to make cards, ribbons, and beads to send to Dinovo, and pink and blue t-shirts with his face on them were being sold as well for $1

Posters with the words #PrayforNiko plastered the walls. Students and staff commented on Dinovo’s tendency to smile all the time, and characterized him as student who was fearless in reaching out to others, even those outside of his own grade level.

High school junior Nataliya Cox, a friend of Dinovo’s who was working the t-shirt selling booth at the high school, has known him since they were freshmen.

“He’s just a really good person and I can’t believe that such a terrible thing happened to him, and I would like to support him in any way that I can.” Cox said.

High school principal Chris Robilotti said that Dinovo is a student who didn’t ever see barriers.

Robilotti, speaking to reporters in the school’s library, admitted that even the adults in the building are still working to come to terms with Friday’s events. He said that he wasn’t sure what he was going to encounter upon arriving at school on Monday morning, but that he wasn’t surprised that so many students came together so quickly to launch the support effort.

“I know the kids here. I know we’ve been through some difficult times,” Robilotti said of the school’s ability to come together as a group very quickly. “I’m proud of it. I’m not surprised but, obviously very proud of what I’ve seen today.”

A GoFundMe page has raised more than $26,000 for Dinovo in the last two days. To donate, visit https://www.gofundme.com/2wkfzwc

SPOTTED: A haunted Troy Night Out