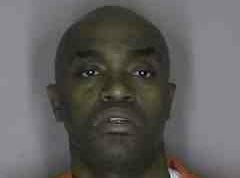 ALBANY – A Colonie man will spend up to seven years in prison after pleading guilty to criminal possession of a forged instrument.

Mark Reed, 49, admitted to possessing, on May 13, 2015, a counterfeit insurance company check that was made payable to another individual. Also, according to District Attorney David Soares, Reed would create counterfeit checks and attempt to have others redeem them for money at check cashing locations across the Capital District.