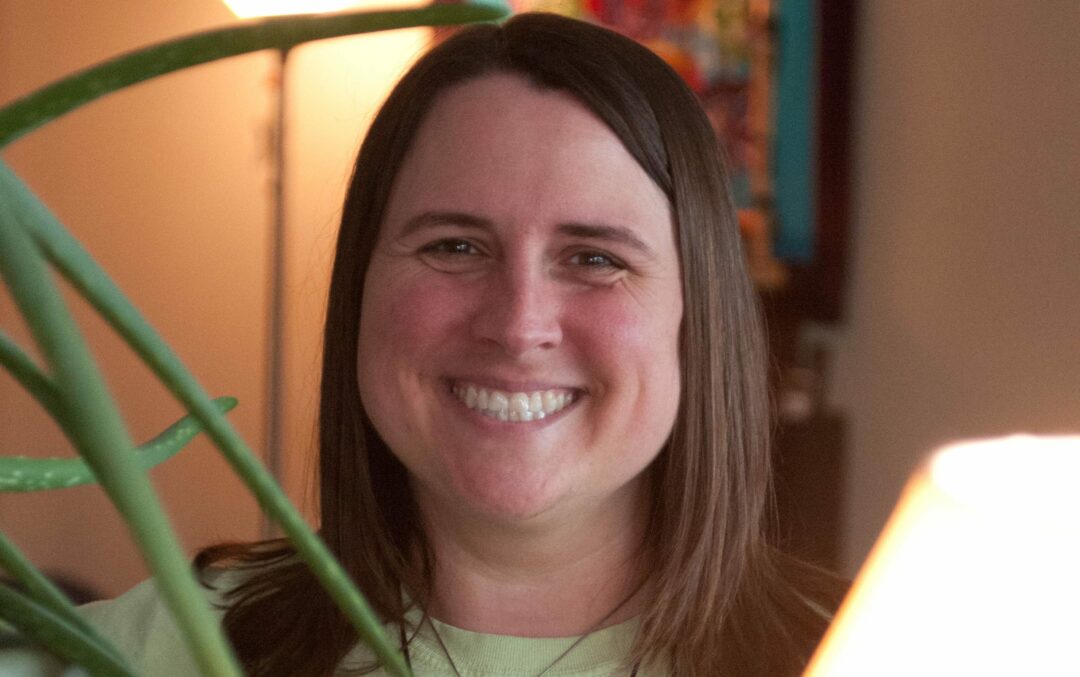 COLONIE — In the world of science, energy can not be created, nor can it be destroyed.

As a yogi, Shannon Keyes Ciucevic is aware of the ubiquitous nature of energy; how it flows, its influence upon people around it. Many are prone to calling serendipitous acts as luck, like when Ciucevic met her best friend.

Ciucevic’s professional career started as an accountant for Deloitte and Tush in Columbus, OH. A visit from the company’s auditor out of New York City was the tossed stone that rippled throughout Ciucevic’s life.

“She came in… she’s very New York,” Ciucevic recalled. “The nails matched the lipstick. The belt matched the shoes. I mean, she was dressed to the nines. And, she goes, ‘I have an expense account, and I want to eat at a restaurant that has linen napkins.’” No one responded, except for Ciucevic. She didn’t have an answer, but she found one, and the two went to dinner at a winery. “She shows up with her hair all wild and crazy, an over-sized tee-shirt, stretch pants and red cowgirl boots. I’m like, ‘I like this gal.’”

The chain of acts that followed Ciucevic since that day led her following Joy to New York City, and later to upstate New York, where she opened her yoga and wellness center, Key 2 Joy, six years ago. Now, she plans to sell her 1300-square-foot studio in an unorthodox way. She’s taking a financial auditor’s approach to ensuring the positive energy remains with the next owner of the Vly Road yoga studio.

What would owning and operating a wellness center mean to you?

That’s the question Ciucevic has posed to her would-be successor through the means of an essay contest. Contestants are asked to answer in as little as 300 words, and a maximum of 1000, to elaborate. The person selected out of the field essentially earns a fully equipped wellness center and a pre-paid six-month lease.

“When I started this place, I had several friends who just gave me money,” said Ciucevic. “Here, build a website. Here, just cover your costs. And, I said I don’t know if I can pay you back.

When the lease changes hands October 1, Ciucevic’s successor will be the benefactor of  $10,000 worth of yoga equipment (blankets, mats, bolsters, back jacks, tables, chairs, etc.) and furniture, six months of paid rent in the current location valued at over $9,900, and a mailing list with more than 2,200 subscribers.

The contest will help generate the mailing list, another effort to help Ciucevic “pay it forward.” A $250 entry fee will aid Ciucevic in helping her ailing mother in Ohio — her next path.

Ciucevic speaks in a quiet, friendly manner that reminds you of your favorite kindergarten teacher. She’s a ball of positive energy, and a habitual hugger to the people who cross her path. She is both a student and practitioner of the healing powers of yoga and hypnosis — which she credits for staving off the effects of the muscular sclerosis she was diagnosed with several years ago. It had already taken part of her sight, and threatened to place her in a wheelchair. The sight is back. She walks fine. And, gives great hugs.

Key 2 Joy has been a home for Ciucevic and more than 3,500 of her clients, but she has to leave. She’s following a path that takes her back to her hometown in Ohio, to take care of her 76-year-old mother, Bonnie Keyes.

A hint of Ciucevic’s Mid-Western accent peeks out when she speaks of home. She grew up on a farm “with mostly corn,” but with an eclectic array of animals that included donkeys, goats and geese. Her mother remains in the Civil War-era home that has stayed in the family for four generations.When most her age enjoy the leisure of retirement, her mother continues to work as a dental assistant. Something she’s done for fifty years.

Ciucevic calls her mother “tough.” She’s a veteran of the Women’s Army Corps. Ciucevic said she has never known her mother to cry. She was married for 47 years, 12 of which spent taking care of her husband after a debilitating stroke. He died in 2012. But, in recent years, as the family has suffered the loss of loved ones by the hand of cancer, those tears have appeared. Ciucevic’s mother was diagnosed with stage three colon cancer last year. After surgery and eight cycles of chemotherapy, the cancer returned. Her prognosis now involves a timetable instead of a cure.

The winner of the essay contest is determined at the end of September. Ownership of the wellness center changes hands on Oct. 1, as will the name. The Key 2 Joy name will stay with Ciucevic as she and her husband go back to the family farm. The contest’s entry fee will go towards retrofitting the farmhouse to be handicapped accessible. Mother and daughter will be together.

Details of the contest were posted on Key2Joy.net/contest/ early last week. The culmination of careful planning manifesting itself in one click of a website’s “publish” button. Already, there have been several inquiries posted to the contest’s email address, an indication to Ciucevic on Key 2 Joy’s positive impact on people’s lives. Before the contest all comes to an end, she said she hopes to have a gathering full of extended family, friends and chanting.

“We’re going to have some kind of party,” said Ciucevic. “I want to have something with chanting and singing, and so that would be rather good. That would be the best time.”

REVIEW: A Night With Janis Joplin