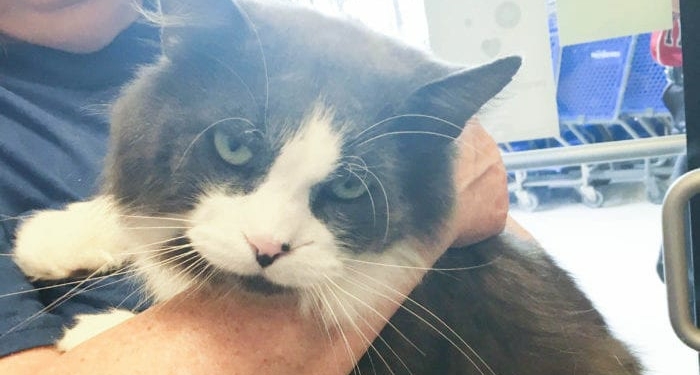 ALBANY — A local adoption clinic is working to ensure that the Capital District’s feline friends don’t have to live on the streets.

Noah’s Kingdom Humane Society, which runs out of the PetSmart in Crossgates Commons, takes in stray and abandoned cats of all shapes and sizes with the goal of finding permanent homes for the animals. According to Liz Fazio, the group’s executive director, Noah’s Kingdom was granted status as a 501(c)(3) nonprofit organization in 1996. It consists entirely of volunteers, and is funded through donations.

Right now, Noah’s Kingdom has about 18 cats in its care. It adopts out around 100 annually, longtime volunteer Mary-Ellen Deagan said. Noah’s Kingdom is a no-kill, anti-declawing shelter, and all of its cats are strictly indoor cats. There is an interview process for adoption, with reference and vet checks. Noah’s Kingdom particularly emphasizes making sure the cats go into the best home they possibly can.

“We really try to match the cat to the family,” volunteer Joyce Stah said. “Being a small shelter, we can really try to place the cats at forever homes.”

Noah’s Kingdom emphasizes community involvement, including one program in which senior citizens come to knit blankets for the cats.

“We try to set ourselves apart by going the extra mile,” Stah said. They also frequently take in cats from people who are being deployed into military service, and cats that other shelters don’t have the time or resources to deal with, including a shelter in Kentucky that Noah’s Kingdom has taken cats from about five times.

Volunteers are typically responsible for monitoring the cats, and determining whether or not a cat is ready to mingle with other cats. They also feed them, clean cages, play with them, groom them, do health checks, and invite people in for adoptions, according to Stah. Noah’s Kingdom also has foster families that care for sick and injured cats until they’re ready to be around other cats and people.

“Some shelters say ‘give me the money, take the cat.’ We’re not like that,” Stah said.

One volunteer, 18 year old Hannah Cooper, has been with Noah’s Kingdom for two years. Cooper volunteers at the shelter two or three weekends per month, and has even adopted two cats from the shelter, as well as brought in a stray she found. Cooper helps with cleaning the cat’s cages, and sometimes helps out with the clinics by talking to prospective adopters about the cats. Cooper is leaving the area to attend college in the fall, and finished up her last clinic Saturday afternoon.

“If you have a passion for animals, it’s something you should consider,” Cooper said. “I’m going to miss it.”

Noah’s Kingdom holds adoption clinics on Mondays, Tuesdays and Fridays from 6 p.m. to 7:30 p.m., and on weekends from noon to 3 p.m. They’re currently in need of foster families, donations, and volunteers. Interested persons should contact Liz Fazio at 782-7861 or check out the group’s Facebook page or website: http://noahskingdom.wix.com/catshelter.