Groundbreaking from concept to construction 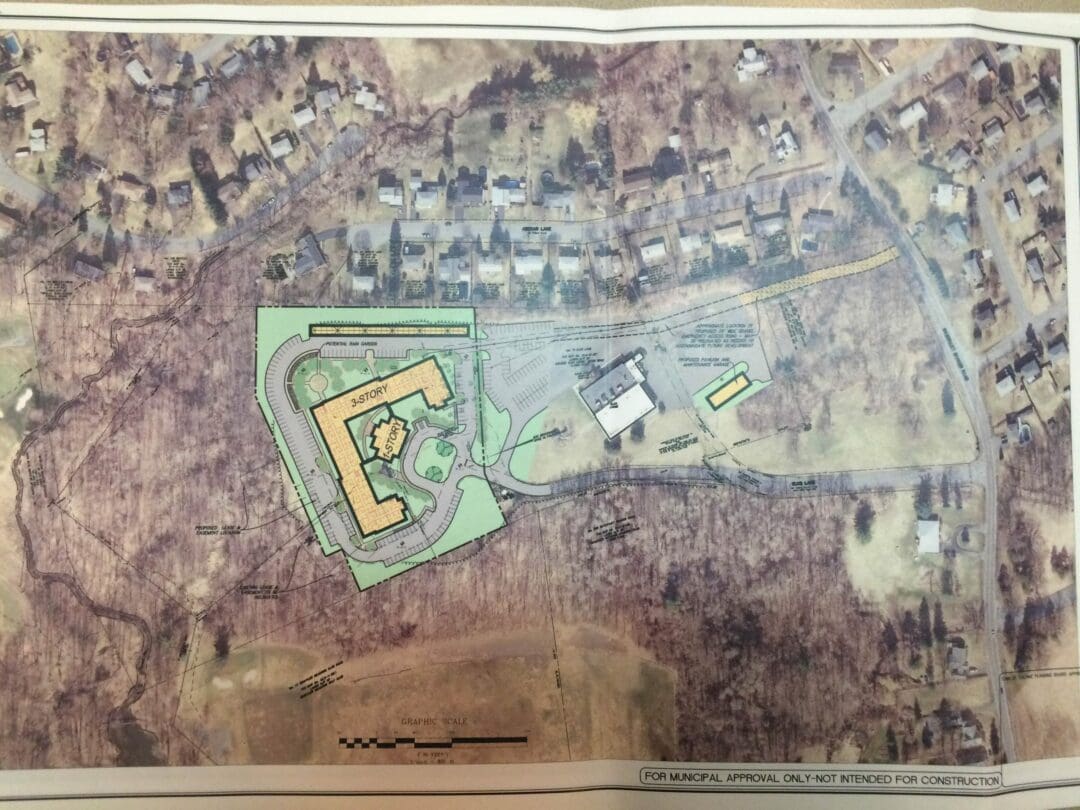 COLONIE — Property development has been flourishing in the Town of Colonie in recent years—there is almost no corner of its 57.9 square miles that isn’t seeing some sort of commercial or residential construction. Some of the projects are brand new: replacing vacant open spaces with single-family neighborhoods, mixed office/residential rental complexes or commercial retail buildings; while others are rehab and renovation projects: upgrading existing structures, refitting them to new purposes or razing them and starting from scratch. Colonie officials say they have been working hard to make information about neighboring projects available to residents and businesses—and ensure that they have a chance to ask questions and raise concerns.

“I don’t think there’s any place you can go in the town where you’re not going to see a project that’s underway,” said Joe LaCivita, the director of the Town of Colonie Planning and Economic Development Department (PEDD). “There’s a lot going on. If people in the Town of Colonie are informed and they are part of the process, that makes all of this easier.”

Before any project is permitted to begin, said LaCivita, the developer must first show that it complies with town codes, and it must be approved by the town planning board. This requires a process that involves many steps and often many months—and it all begins at Colonie PEDD. That is where developers work with officials such as LaCivita to ensure that their plans are consistent with town regulations, before taking them before the Planning Board to address residential, cosmetic and other concerns.

“We have the town’s comprehensive plan,” said LaCivita, “and the land use law. So, when a project comes in, we apply it, depending on the zoning district it’s in, to the land use code, but then we also look back to the comprehensive plan as to what the thought and vision were for that area of the town.”  The comprehensive plan, written in 2005, creates a “framework for thinking about the immediate and long-term future of the Town,” and includes such concepts as the conservation of natural and open spaces, quality of life, mixed-use development, fostering economic development and improving connectivity.

Pursuant to the larger plan, the land use code identifies different development zones that allow for different types of development projects. “We don’t just make it up,” said LaCivita, “and say, ‘this can go here, that can go there.’ These zoning districts allow things like density and specific uses, and from that, that’s how we develop the township.”

While zoning districts are subject to change based on the wishes of residents, developers and town officials, they form the larger framework for what gets built where. In an industrial zone, for instance, the code allows for more than 70 uses, including junkyards, transfer stations and animal kennels. In a single-family zone, however, there are only 11 potential uses for neighboring properties.

In the western part of the town, a recently proposed project is in a zoning district that has changed designation several times over the last few years—and the developer has petitioned the planning board to recommend another change. The property, at 8 Lupe Way, is sandwiched between a residential neighborhood and the Albany Pine Bush and has, since 2005, been zoned industrial, then commercial/office, then industrial again—and now the developer is hoping to build a subdivision of single-family homes on the property. Residents who showed up at a Planning Board meeting in February to question the intentions that the developer had for the parcel of land, seemed to agree. After more than an hour of public comments, they said that they would prefer not to live abutting an industrial zone. While the purpose of that meeting was to discuss zoning, the developer still left that meeting with a list of concerns to address before his next appearance before the board to present a preliminary “sketch plan” of his proposed development.

“And you know what?” said LaCivita, “He is engaged, and he is trying to address these concerns in order to go forward.”

LaCivita, who supported re-zoning, said that, in an industrial zone, where the only entrance is through a single-family residential zone, “you know that truck traffic will be coming through that neighborhood, and whatever gets built there is going to be incompatible. I know the neighbors like having that land in their backyard, but you know it’s going to get developed at some point—that’s the right of whoever owns it—so you really want to try to have a compatible use.”

Since that meeting, the Planning Board did decide to recommend to the Town Board that the Lupe Way area be rezoned for single-family residential development. Once the developer returns with an updated sketch plan, residents will again have a chance to ask questions and raise any potential issues. The developer will then take all of the new recommendations and concerns and, once again, return to the drawing board. Eventually, the project will either be deemed acceptable, or it will be scrapped.

At the Planning Board’s upcoming meeting on Tuesday, March 22, residents will have a final chance to weigh in on a project that was first proposed in August of 2014—the Colonie Senior Service Center housing project at 11 Elks Lane, next to the Elks Fraternal Lodge. In previous Planning Board meetings, residents of neighboring streets, like Abedar Lane, raised concerns that the project would reduce green space in their backyards and be the source of additional noise, mostly due to a proposed pavilion that was ultimately moved. As the project has matured over the months, changes have been made to make it more appealing to neighbors, as well as to the town—structures have been shifted, driveways have been moved and deals have been struck.

“I think this is complementary use,” said LaCivita of the project, pointing out that many of members of the Elks Lodge are aging seniors. “It’s giving the opportunity for seniors to age within the township that they grew up in. They often want to stay in the community that they paid their taxes in and raised their children in, and this affords them that. So, that’s why I think it’s a great blend for the town.”

If the project receives final approval, it won’t be long before residents can expect to see ground broken on a roughly 50,000 square-foot, three-story building that will house 100 senior apartments, a senior center and a wellness center, a parking garage, parking lots and an outdoor pavilion. As town counsel pointed out last February, under the current zoning, alternate possibilities for development include single-family residential housing, which requires the retention of significantly less green space.

Over the last year, PEDD has revamped its website, and LaCivita has plans to add an interactive map so that residents can access their neighborhoods to find out what development projects are happening near them. Until then, they can access descriptive narrative and visual site plans for projects that will come before the board twice a month on Tuesday nights at the PEDD website (ColoniePEDD.org), where they can also access a schedule of upcoming meetings.

Other projects to look out for include:

• Also coming up on March 22, SK Design Group will present a sketch plan for the renovation of the former Ann Lee Nursing Home near the Shaker Heritage Society. Developers want to turn the site into a new three-story veterans’ housing project with 175 beds. The project, called Soldier On, a New England organization that combats veteran homelessness, provides affordable housing, along with a variety of other services and assistance for struggling U.S. veterans.

• After originally being submitted in March of 2013, a project to build a a new 36,601-square-foot church and a 450-space parking lot at 687 Watervliet Shaker Road has gained final approval and is expected to begin construction this spring.

• Another approved project that will get underway at 922 Troy Schenectady Road is a cosmetology school called the Aesthetic Science Institute. An existing building will be razed and a new two-story, 12,000-square-foot building will house the school on the site of the former Russ and Rebel Leather Company.

• If ultimately approved, a proposed project on Metro Park Road, off of Wolf Road, would represent a new business model in the Town of Coloie, according to LaCivita. The Waterwalk Corporate Living Facility would offer 138 extended-stay units in two, four-story buildings for corporate executives to inhabit when in town on long business trips. The developer is currently waiting on an environmental impact report.

• Other proposed properties up for discussion on March 22 include:

A Stewart’s Shop at 186 Troy Schenectady Road; a senior living apartment building at 33 and 45 Forts Ferry Road; and a parking expansion at 31 British American Blvd. Additionally, public hearings are expected to be set for a potential 13-lot residential subdivision at 301 Sand Creek Road and 50-lot planned development senior subdivision at 201 Maxwell Road and 605 Albany Shaker Road.

I-85 to be closed this weekend