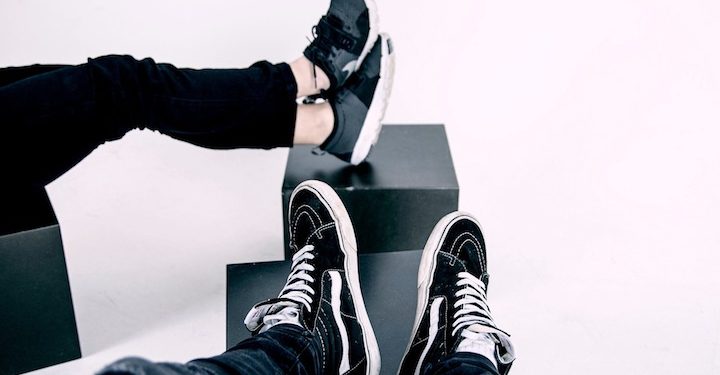 There is no denying the nostalgic allure of the holiday season — and that’s the emotional string on which you’ll tug as you find that final, last-minute gift for your loved one.

Assuming a classic Dan Fogelberg tune does not inspire you, the best holiday gift will conjure memories of magic, music or child’s play. The challenge, however, is finding that special relic from the past. You can rummage through a local antique store, surf around eBay or choose from the many vintage-inspired items on today’s store shelves.

Your goal is to transport your loved one back to his or her childhood. Something that reminds them of who they were when they were 10 years old. A time in which they could lose themselves in imagination before obligations and responsibilities.

The list below focuses on the kids of a particular decade and is as gender-ambiguous as one can get. It may not lead you to your final destination, but it may guide you down the right path.

Your 25-year-old is at a proverbial crossroads. They have crossed the threshold that distinguishes the whimsical kid they were up into college and the young professional they are today. Idle thoughts are preoccupied with work and maybe even family.

Nickelodeon programming helped define both the attire and vernacular of this generation. Victorious gave us our first glimpse of Ariana Grande, and iCarly introduced us to the early influences of the internet. If you looked closely enough, all the cool kids were wearing Vans.

These skateboarder shoes are not exclusive to the 2000s. The company was founded in 1966 and the classic cheeseboard design dates back to the 80s. But its tight association with the Warped Tour music festival broadened the brand to a larger audience group. They’re cool. They slip on. They even have an uncanny ability to land upright when thrown carelessly to the ground. You can even visit vans.com and customize official apparel.

Harry Potter and the Philosopher’s Stone was first published in 1997 and has since amassed a fierce and loyal fanbase. Scholastic Press, who owned the initial rights to publish the series in the United States, estimated that more than 500 million Harry Potter books were sold by 2018.

The lexicon author J.K Rowling established through her magical lives just as strong today, with people having pledged their allegiance to one of Hogwart’s four houses. You may have even played in a game or two of Quidditch — my spellcheck fixed the spelling of that.

Your loved one may have all the books and all the movies on DVD. He or she may already have articles of clothing devoted to their respective house — Go, go Ravenclaw. So instead of struggling to find a similar gift, challenge their knowledge in a game of Trivial Pursuit. Hasbro Gaming teamed with the Wizarding World to meld Harry’s world to the classic board game format.

This should be fun. Always.

Kids of the 80s are quick to point out how awesome music was back in the day. They’re not Boomers, they’re Gen X. And though they are not wrong, they are quickly slipping through a downward spiral reserved for AARP card-carrying curmudgeons.

This is the generation who grew up listening to their brother’s Led Zepplin records. Pink Floyd, Eric Clapton and Olivia Newton-John were on Top 40 radio. Eddie Van Halen’s guitar could be heard screaming in, of all places, a Michael Jackson chart-topping song. And Prince was a god.

Spectra, a consumer electronics business that boasts having supplied products to every major retailer in the United States, recently introduced a line of retro audio products under the Studebaker brand. Its catalog of items includes record players, portable CD players and various boomboxes that can play CDs and tape cassettes, with Bluetooth connectivity. The line of radios they carry recapture looks ranging from the 90s to the 40s, so you can get lost with the variety of choices available.

The Lego Group began manufacturing their trademark interlocking toy bricks in 1949. As of 2015, the Denmark-based company estimates that 600 billion Lego parts have been produced. Today’s sets range from all sorts of themes and age groups. The sophistication of some models are reserved for adults. Recent releases depicting television sets from popular 90s comedies Friends and Seinfeld also leave no question that adults are welcomed in on the fun.

Kids of the 70s have distinct memories of shag carpeting and wood paneling. The carpet fibers would pull and wrap around the axis of Matchbox cars. The rugburn patterns on knees and hands could have passed for modern art, as well. Playtime often focused on space, thanks to Star Wars, Battle of the Planets and the emergence of NASA’s Space Shuttle program.

To latch on to that popularity, Lego launched its Galaxy Explorer. It was the toy company’s answer to the prevalence of all things Luke Skywalker and Darth Vader. And it kept on in popularity for several years before producing its line of Star Wars-themed toys. Earlier this year, Lego launched a slightly reimagined Galaxy Explorer, both for yesterday’s kids and their children or grandchildren. This won’t be on your loved one’s list, but this will strike a chord and will certainly spark a smile.

Lighted displays in the region and beyond spread holiday cheer

How to avoid repetitive strain injuries