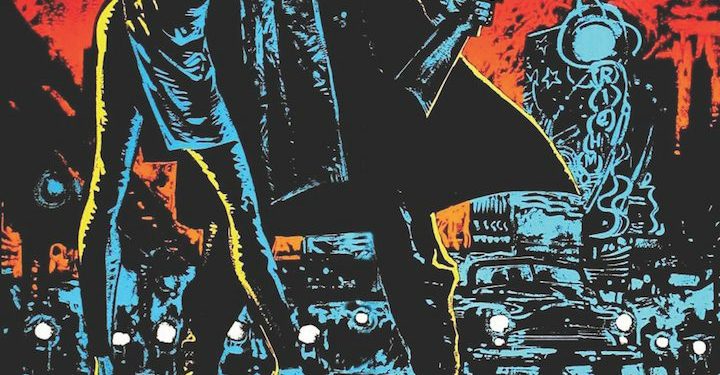 DELMAR– Jim Steinman, among other things, was a fascinating songwriter. He possessed an ability to capture young love and lust in a way that was fresh and raw. He’s
best known for fueling the fire to Meat Loaf’s ballads in “Bat Out of Hell,” and later, “Bat Out of Hell II.” Not a night goes by without an ambitious singer pulling up “Paradise by the Dashboard Lights” at a local karaoke bar. That’s him. Rock ’n’ roll. But outside of Meat Loaf, he’s tied to an inauspicious project that deserves another look.

Walter Hill’s 1984 neo-noir rock musical “Streets of Fire” was billed as a rock ’n’ roll fable. As it stated on one of the opening cards, it took place at another place and another time. Aesthetically, the fashion and hairstyles were reminiscent of the post-war ’50s. Hill said he was trying to capture all of the cool things from his childhood while mixing in elements from the present day. The video for Dan Hartman’s “I Can Dream About You,” which ran like a four-minute advertisement for the movie, was in constant circulation on MTV. Despite that, the movie hardly drew in audiences. It pulled only $8 million from the box office, not even breaking even on the $14.5 million budget.

Hill was no slouch. He had just finished “48 Hrs.,” a box office hit featuring an up-and-coming comedian named Eddie Murphy. For “Streets of Fire,” he pulled more names that now read off like a Who’s Who in pop culture.

Rotten Tomatoes critics’ consensus states that, “‘Streets of Fire’ may sometimes buckle under the strain of its ambitious fusion of disparate genres, but Walter Hill’s bravura style gives this motorcycle musical fuel to burn.”  It’s not Academy Award-winning material, but there’s something to admire. It’s a 90-minute music video with a storyline jammed into it. With fables, you get caricatures plugged into a familiar plotline — in this case, it’s the hero saves the captured princess trope.

Diane Lane plays Ellen Aim, a rock star with an Ava Gardner look. She literally runs out into the scene for the movie’s opening number, “Nowhere Fast.” And, just before she sings, a familiar sound rings out from the piano. It’s Steinman. The lyrics that quickly follow only confirm it.

Lying in your bed and on a Saturday night

You’re sweatin’ buckets and it’s not even hot

But your brain has got the message

And it’s sending it out

To every nerve and every muscle you’ve got

You’ve got so many dreams

That you don’t know where to put ‘em

So you’d better turn a few of ‘em loose

You’d better rev it up and put it to use

Steinman has always been one of those creative minds who, when asked to name celebrities with whom I’d want to have dinner, he was one of them. He’s responsible for a line in the cult classic “Highlander.” Christopher Lambert’s character stops to admire the aroma from a freshly opened bottle of cognac from 1783. The date’s important because he proceeds to list off momentous events from that year as if experiencing them all as he takes in the escaped air from that time. Highlander director Russell Mulcahy added that into the script after observing Steinman doing something similar as they had dinner together. His imagination on exhibit.

The movie’s soundtrack is one banger after another, and that’s in large part to Ry Cooder. You hear his slider guitar in the opening score as the credits roll. He’s listed on one song. Otherwise, contributions from other legends remain hidden as they’re performed by the studio group Fire Inc. Holly Sherwood supplies the signing voice for Lane, who lip syncs throughout her on-screen performances. Other legends tied to this soundtrack include Tom Petty, Stevie Nicks and Bob Seger.

Today’s audiences have recently admired Willem Dafoe’s work in “Spider Man: No Way Home,” where he reprises his role as the antagonist Green Goblin. The man’s made a career out of portraying mad men, contorting his face into a maniacal look. This may explain why younger moviegoers are going back to “Streets of Fire,” where’s Dafoe portrays Raven, the leader of a motorcycle gang that kidnaps Aim at the start of the movie. Clips from the movie are circulating around social media, revisiting the stage performances, as well as the many one-liners from Dafoe (“Looks like I finally ran into someone that likes to play as rough as I do”) and lead actor Michael Paré’s Tom Cody (“Tom Cody. Nice to meet ya.”). The movie also features Rick Moranis (“Ghostbusters”), Amy Madigan (“Field of Dreams”), Robert Townsend (“Hollywood Shuffle”), and a brief scene with Ed Begley Jr (“St. Elsewhere”).

The movie today is a good nostalgic piece. When considering the masters involved with the film, there’s more substance than what was originally perceived when it was first released. Admiring it as a musical during MTV’s bygone days of nothing but music videos, the subtle accents of the ’80s become more apparent. Crack open the case and have a whiff of what once was: Steinman was a genius.

The writer is editor-at-large of Capital District Family Now.

Simple tips to improve your status with mortgage lenders