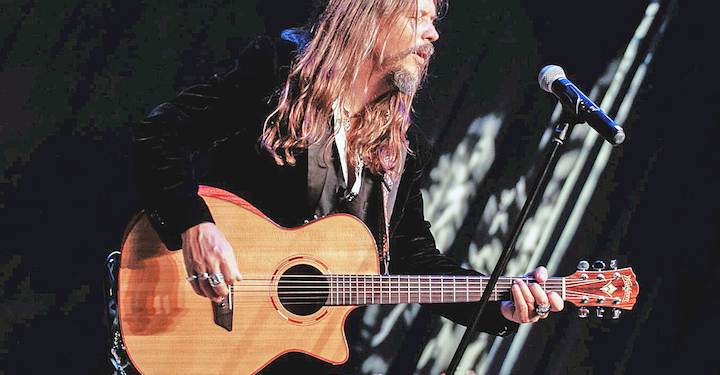 COHOES — Kevin Reid has a look about him that draws strangers in and a singing voice that demands they accompany him.

As Reid tells the story, he was walking down Main Street, or something like that, when a homeless man called out to ask if anyone ever told him how he looked like Bob Seger — a young Seger, as captured on the 1976 album cover for Night Moves. The Forever Seger frontman stopped to acknowledge, sharing how he’s involved in a tribute band. The vagabond proceeded to sing a few bars from Mainstreet before Reid joined in.

Reid speaks of larger audiences, with people filling seats in venues like Cohoes Music Hall, in which Forever Seger: The Silver Bullet Experience will be playing on Saturday, Sept. 24. He’s lent his voice, which sounds remarkably like the Detroit rocker, for nearly five years. That’s as long as he’s been teamed up with the band music director, John Jamieson.

Forever Seger creates a dynamic journey through the timeless music of Bob Seger and The Silver Bullet Band. With authentic vocals, commanding performances and that unmistakable Seger sound, the 10-piece band has developed a reputation as the Bob Seger tribute experience since the two formed the new group in 2020.

“I think the big thing is to be able to make sure that when people come to the show, they’re coming to a real, legitimate rock and roll show. A real rock and roll concert that kind of embodies everything that Bob Seger did in the 70s and in the 80s,” Jamieson said. “You’re gonna walk out knowing that, ‘Wow, that was a concert.’”

Forever Seger is a Canadian band. “We like to put our stamp on everything,” Jamieson joked. A benign statement when considering the iconic American rocker is, too, Canadian — from his mother’s side. Nonetheless, Seger slid into the Heartland’s living room with anthemic tracks like “Old Time Rock & Roll” and with introspective yarns like “Night Moves” in the late 70s. And for nearly 15 years after that, his “Like a Rock” supplanted Chevrolet’s “baseball, hot dogs, apple pie and Chevrolet” as the automaker’s most successful advertisement.

“Sure sounds like America to me,” as Ed Labunski said in those Chevy commercials.

Seger has sold more than 75 million records worldwide in a career spanning six decades, making him one of the world’s best-selling artists of all time. But he didn’t become a household name until the success off his 1976 live album, “Live Bullet,” at which point he already had eight studio albums under his belt. Released in April of that year, it’s popularity fueled sales for “Night Moves” released that October. From there, while Bruce Springsteen and the E Street Band sang woeful tunes of Everyday Joes with their distinct Jersey Sound, Bob Seger and the Silver Bullet band championed the same with their own Motor City charm.

“We were driving through Michigan, and seeing it reminds me a little bit of Hamilton in Ontario. They’re all the steel workers there and here we had all, you know, all the car manufacturers and I said to my wife, ‘You know, now I know why Bob actually let Chevy, General Motors use ‘Like A Rock,’’ Jamieson said. “It was about the people and that’s what I think Bob Seger is today, and we try to keep that spirit.”