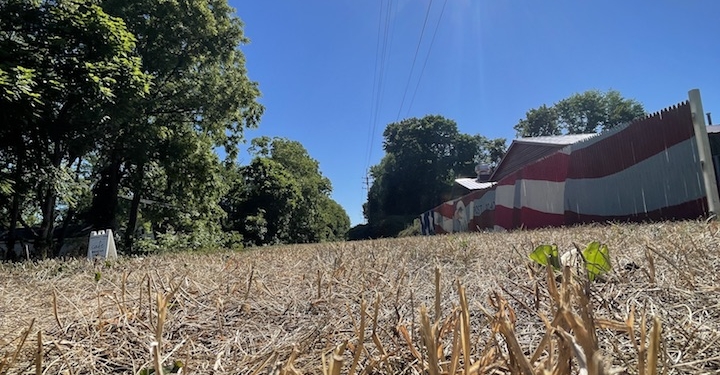 DELMAR — Last Thursday was a day of weather extremes as record heat in the day gave way to tremendous amounts of rain by the early evening.

Meteorologists at the Albany International Airport observed a record-high of 99 degrees on Thursday afternoon, one degree higher than the top recorded temperature for August 4 since 1955.

Meteorologists had predicted an uncomfortable mix of heat and humidity prior to Thursday. Local eateries, with concerns for their respective kitchen staff, made arrangements to avoid using the oven.

Jason Pierce, owner of The Cooper Crow in the city’s warehouse district, announced a special “cold side only” menu for the evening, featuring soups, salads, sandwiches and desserts. Jumpin’ Jack’s Drive-In, a popular joint for summertime revelers, was closed altogether on Thursday.

Dora Philip said The Hollow Bar and Kitchen was closing its kitchen that afternoon. The owner of the restaurant said they’ve been feeling the summer heat this year, and had ordered cooling equipment.

“We’ve gone to great lengths to cool down our kitchen but the ordered equipment hasn’t completely arrived so we are sitting this lunch service out,” she stated on social media. The North Pearl Street restaurant later opened its doors for dinner service.

The new mark was noted by meteorologists by a post on social media shortly before 4 p.m. An hour later, torrential rains poured over the region, flooding local streets and knocking out power.

According to the National Weather Service, the summer storms triggered a torrent of events. Flooding caused the Bethlehem Town Highway Department to temporarily close Route 85 between Kenwood Avenue and Bridge Street in Slingerlands at 5 p.m.

Delmar recorded 3.48 inches of rain, the highest level of rain noted by meteorologists that afternoon. The deluge prompted the City of Albany to cancel the season’s final performance of its Alive at Five concert series. The show was already scheduled for its rain site under Interstate 787. Concert-goers were pelted by wind-swept rain before the concert was called off.

The rain was a welcomed sight for a region threatened by potential drought conditions.

According to the National Oceanic and Atmospheric Administration, Albany County is seeing either abnormally dry to severe drought conditions this summer, depending on what index you follow. The U.S. Drought Monitor, a joint effort of the National Drought Mitigation Center, USDA, and NOAA, reports the area is in a moderate drought.

The monitor identifies a moderate drought by observing an increased use of irrigation, lower yields of hay and grain, declines in honey production, and an increase in wildfires and ground fires.