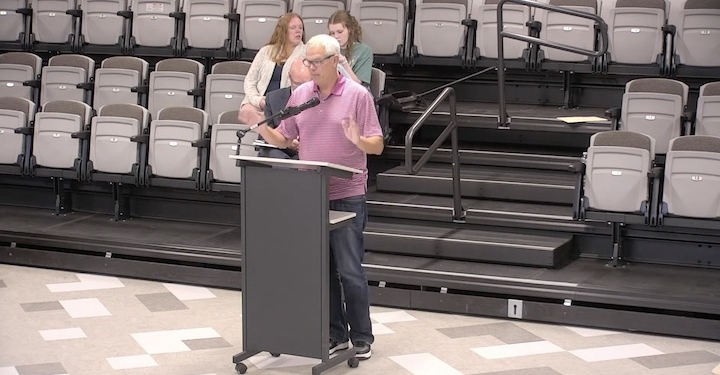 DELMAR — A group of Bethlehem Central families is angry after seeing their school board reappoint the varsity field hockey coach despite nearly a year of complaints over her behavior.

Dawn Austin was reappointed as the school’s varsity field hockey coach in an organizational meeting on Monday, July 11. Her line item was separate from several more appointments the board unanimously approved in a combined vote.

The district started receiving emails from players’ parents as early as last September. Austin was the head coach of a winning program at Bethlehem in 2019. Following an abbreviated 2020 season, the squad struggled to win early last year.

Bethlehem beat Niskayuna 2-0 on the road on Sept. 20. It was the first win of the season, including pre-season, but according to accounts shared by several parents, players left the field dejected following a post-game chat in which the coach allegedly said the score would have been the same if she only fielded two players. Other instances have been described as abusive and abrasive towards the student-athletes, with parents calling the overall experience a mental health crisis.

Though families have repeatedly accused Austin of favoritism towards particular players, they insist it is not a matter of playing time. Parents of starting players have complained of the coach’s behavior as well. They described how she allegedly rebuffed her team’s two captains after they tried to approach her about the squad’s low morale.

The families who initially approached the district found themselves having to follow up with the district. Emails described an initial investigation involving the high school’s athletic director and school principal, Leonard Kies and David Doemel in October. When more complaints ensued, the district included Dignity for all Students Act Coordinator Nicole Conway to interview team members in December.

Following the two investigations, the district said they had failed to find merit in any of the allegations. Parents argued that neither of the attempts involved school counselors. The district then employed Keane & Beane, a White Plains-based law firm, to conduct a confidential investigation. That concluded without finding any violations of the school’s Code of Conduct.

The parents shared their stories anonymously, fearing retaliation against their children who still plan to play this fall. They were each interviewed separately. Each of their testimonials was consistent with the others.

No other board member discussed the topic before proceeding with the approval. According to a statement released by the district, a “thorough investigation” preceded the board’s vote.

“The investigation found that there was no violation of the District’s Code of Conduct or the Dignity for all Students Act within the field hockey program,” the district stated following criticism over the decision. “The District’s paramount concern is the physical and mental well-being and safety of our students.

David DeCancio, a parent to one of the players, protested the appointment at the school board meeting, demanding a full investigation of the entire athletic department.

“For this district to take action when 40 percent of a team’s parents step forward to talk about mental health, mental abuse. Something’s not right,” he said. “And for you to just take action and think it’s okay and sweep it under the carpet is not right. The devastation done to these girls since September to today. … Clearly, your vote says it was okay.”

This story was updated on July 29 to include more details on the season.