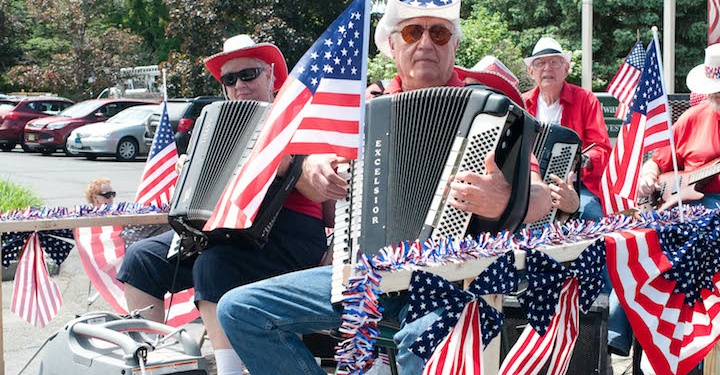 DELMAR — Please excuse Gerry Decker if he sounds apprehensive about the upcoming Memorial Day Parade in Delmar on Monday, May 30.

First, he’s not apprehensive. Second, could you blame him?

Retired Master Chief Petty Officer of the Navy George E. Decker, Jr. is this year’s parade grand marshall. Technically, he was named grand marshall for the 2020 parade, but the continued outbreak of COVID-19 eliminated the event that year and the following year.

“I am honored,” Decker said from his home last week. From his recollection, he has walked in every parade since he became a member of the Blanchard-Currey Post #1040 more than 50 years ago. Though he’s watched as grand marshalls of the past sat in the back of cars adorned with flags and banners celebrating the day, he said he plans to walk it as he has. “We’ll see what happens. We’ll see where they’ll put me in this whole event. … The third time’s the charm.”

“I picked up a craft while I was in the military,” he said.

The Seabees were established in 1942, having since earned a reputation for ingenuity and resourcefulness. They are asked to build under pressure, with whatever materials are available. They are deployed as highly skilled craftsmen, experienced in most construction trades including carpenters, electricians, plumbers and more. On top of that, they’re soldiers. Their service patch depicts a bumblebee aiming a machine gun while holding a hammer and a wrench. Their motto reads, “We build, We fight.”

“I spent 21 months in Vietnam with a construction battalion in CB121, and it was all work,” he said. “When I was deployed, it was an all-hands evolution. We were seven days a week, 10-12 hours a day. Everyone did what they had to do to get the job done.”

Decker completed two combat tours in Vietnam. He provided construction support to the 3rd Marine Division and, later, to the First Air Cavalry and the 101 Airborne. He enlisted in the U.S. Navy reserves in 1974 and retired as Master Chief Petty Officer in 1988 following several Seabee commands.

Once he was done with active duty, he proceeded with a 50-year career as an operating engineer as a member of the Local 158.

Since his service days, Decker married his wife, Kathy. They had two children together, Karly and Geoffrey, who later gave them four grandchildren; Olivia, Henry, Leigh and Mia.

“To be selected for this is beyond what I’ve ever anticipated,” Decker said, conscious of the sense of community that surrounds the Legion and the neighborhood people around it. “I’ve marched behind a lot of good old guys who have since gone before me, and it’s an honor to do it.”