Estimated tax rates down for Bethlehem residents, up for New Scotland 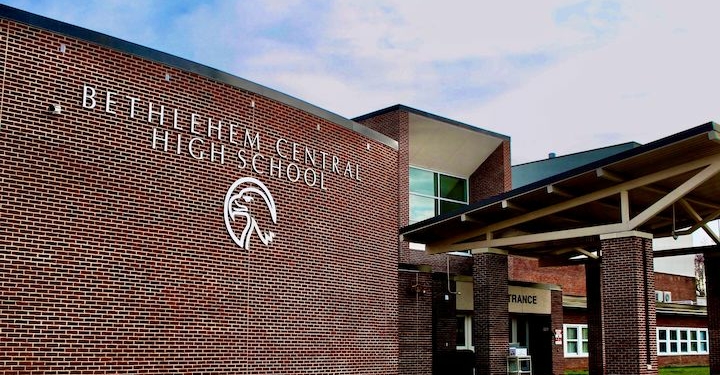 BETHLEHEM-As Bethlehem Central school district begins to send out the proposed budget highlights for 2022 and 2023, early assessment numbers have changed the tax rates.

The tax levy, or the total amount of money the district receives from property owners, has not changed from last year’s budget. However, from early assessments of New Scotland and Bethlehem how much a resident pays will differ from the previous year. Bethlehem’s rate will decrease and New Scotland’s rate will increase based on the value contributing to the tax levy.

“It’s almost like you’re going out to celebrate a friend’s birthday and you have six people sharing the bill,” Judi Kehoe, Bethlehem Central chief business and financial officer, said. “If one of them gets sick, you have five people sharing now. The dinner didn’t cost anymore, you just have fewer people to help fund it.”

New Scotland will see an estimated increase of 2.75 percent, totalling a 2022 rate of $22.59 per one thousand dollars. This increase is due to fewer shared values in the town. In order to pay their split of the $69,233,000 tax levy, the rate must go up to pay the same amount of the split.

The increase New Scotland residents will see is due to a New York State re-evaluation of the National Grid gas and electric lines. Part of the town’s assessment includes the National Grid assessment. The state decreased the value by 16 percent this year which led to a $642,499 reduction.

The town of Bethlehem will pay most of the share of the tax levy due to the district boundaries being mostly in Bethlehem. However, because there are more homeowners and an increase in value overall, Bethlehem taxpayers will see a decrease in their rates for 2022. The estimated total rate for next year is $21.28 per one thousand dollars, a decrease of 1.10 percent.

The value assessments won’t be finalized until August of this year. During the grievance period, more value can be added. Bethlehem may see even a larger increase as the town may include commercial properties to the assessment. That increase would lead to even a lower rate for Bethlehem taxpayers.

Bethlehem Public Library news: Storytimes inside and out

Colonie is a Tree City USA