Bethlehem Central Board has budget plan for May vote 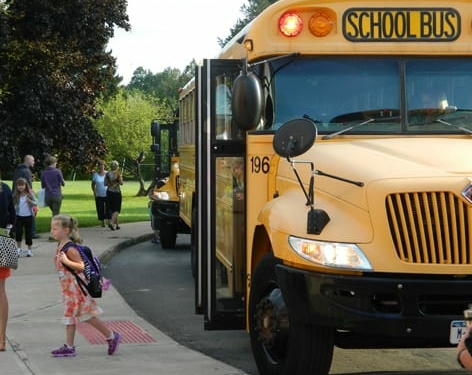 DELMAR — Bethlehem Central School District voters will consider a $102.7 million budget for the 2022-23 school year that preserves all academic programs and expands student supports with no increase in the tax levy when they hit the polls on Tuesday, May 17.

The proposal would increase year-to-year spending by 0.65 percent. There would be no change to the tax levy — a 0 percent increase. The plan does not include any use of fund balance.

The proposed budget for the coming school year was adopted unanimously by the Board of Education at its April 6 meeting.

The spending plan was developed during several weeks of public meetings that began in February. The proposed budget is intended to support the district’s four main priorities of academics, character, community and wellness.

“We have been successful this year in providing safe in-person learning opportunities for all students while still navigating the uncertainty of the COVID pandemic,” said Superintendent Jody Monroe. “Our students are incredibly resilient but we can’t underestimate their needs as we look ahead.

“The budget plan for next year would provide the necessary resources for keeping our students on track, keeping them engaged and for creating a school environment that is as supportive as possible,” said Monroe. “We are optimistic about what the coming school year will look like but what we have learned over the last two years is to be prepared for anything. This budget helps us in that preparation.”

Additions to instructional programs are focused on improving student supports. To address student mental health, the budget would enhance the district’s Coordinated Care Team by adding a social worker position at the middle school and another social worker to work with K-12 students and their families.

The budget also includes funding for a full-time Director of Diversity, Equity and Inclusion (DEI). The position would help the district in its efforts to create, implement and assess DEI initiatives across all grades.

The only reduction in the instructional staffing would be one full-time teaching position at the elementary level. This reduction is based on changes in enrollment. Small class sizes, which have been a priority the last two years, will remain. At the elementary level (K-5), class sizes average 18 students per section; at the secondary level, core courses have 21-22 students per section on average.

Technology in the proposed budget includes upgrades to the Chromebook devices teachers use. The plan also includes the scheduled replacement of Chromebooks every four years. In 2022-23, devices at three grade levels (grades 1, 5 and 9) will be replaced and Chromebooks for kindergarten classes will be added, providing 1:1 Chromebook access in all grades. Online privacy and security are priorities in the budget with multiple layers of filtering and monitoring, hardware upgrades and software that meets the strict NYS Ed Law 2-d regulations for student data privacy.

The 2022-23 New York state budget will provide the district with an expected boost in state aid. The net state aid increase to Bethlehem is $1,178,000 for 2022-23, with a $1.5 million increase in Foundation Aid representing the largest piece of this growth. Foundation aid growth is partially offset by expense-based aid the district is expecting to receive as part of the state budget.

The aid increase reflects the state’s commitment to restore Foundation Aid to full funding for school districts after the aid formula was frozen for three straight years starting in 2009 and increased minimally for several years after that. Foundation Aid is the state aid that can be used to pay for general operating expenses. The restoration of aid is taking place over three years. The final year of the three-year phase-in is expected in 2023-24.

At a cost of $821,000, the 2022-23 Bus Purchase Proposal would pay for four buses. This year’s bus replacement plan includes one 70-passenger electric bus, and three 45-passenger diesel buses that are equipped for wheelchair use. Currently, only small-sized buses can accommodate wheelchairs.

The cost of the purchase of new buses is reimbursed by the state, currently at a rate of about 62 percent. The estimated final cost to local taxpayers would be $311,980.

The proposed bus purchase proposition continues the district’s commitment to reducing carbon emissions. The plan of adding one electric bus reflects the district’s current charging infrastructure capacity. The district purchased five electric buses this year with the help of state/federal grant monies. Five charging stations are currently in place, with plans for the addition of 25 charging stations approved as part of the 2021 Capital Project. The expanded infrastructure is currently in the design phase of the project.

Board of Education election

On May 17, residents will also elect two members of the Board of Education. The two incumbents whose terms expire on June 30, have decided not to run for re-election. The slate of candidates for the Board of Education will be announced on April 19. Board petitions are due April 18 and a Meet the Candidates Night is tentatively scheduled for May 11.

North Colonie budget would increase spending by 8 percent but taxes by .5 percent