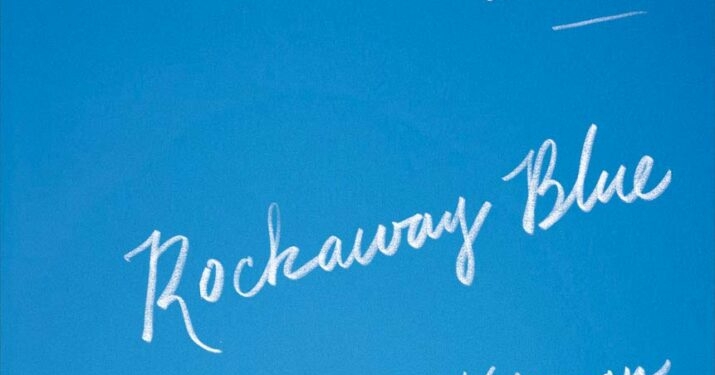 DELMAR – The Bethlehem Public Library’s talk with Larry Kirwan starts as the former Black 47 frontman reflects upon a crush he once had on a girl who worked at the library he frequented as a boy. Context didn’t matter, not with his lullaby of an Irish brogue falling so easily upon the ears.

That lede doesn’t read quite right. This is the man, after all, whose group was allegedly barred from playing CBGB’s by Hilly Kristal. Kristal allowed all sorts to play at his club in the Bowery, but saw Black 47 as being “too demonic” for his stage. The condition of his bar’s bathroom leaves one to believe he set his standards low. There’s no telling what Kirwan and his band did to earn such a distinction. Those days, however, fall within one of two distinct periods in his life.

“There’s a period in my life, anyway, that’s pre-9/11 and there’s a period that’s post-9/11,” said the wordsmith. By 2001, Black 47 was “the house band of New York City,” he mused. The wild rovers had regularly toured across the country, but always had a home on Saturday nights at Connolly’s on 45th Street. The Irish pub took more of a liking to the punk band whose name paid homage to Ireland’s darkest days.

Kirwan’s post-9/11 days have been more reflective upon that Tuesday morning when dark days befell his home in September 2001.

“I’m a Mets baseball fan, and I remember that morning I was studying the box score [and my head was down] like that when I heard the plane coming,” he recalled. The roar of the jet engines had him believe it was to crash into his building. He “jammed” his head into his copy of the New York Times, and stayed there before hearing what sounded like a sledgehammer hitting concrete. “I raced up to the roof and there was this amazing sight; because I had a clear view. It was a plane, stuck in the tower. It had gone right in it. And there were clouds of smoke coming out of it, and tongues of flame licking out from it. … and I didn’t want to put a name on it.”

In 1983, Dr. Jeffrey Mitchell, a former firefighter and paramedic, proposed what is called Critical Incident Stress Debriefing to allow first responders a means to process the stress of being involved with traumatic events. In groups, they each work through the seven stages of critical incident stress; shock, denial, anger, rage, anxiety, moodiness, sadness and sorrow.

The news coverage of 9/11 gave the people of the world an intimate view of the hell unleashed upon New York City. Certainly, the tragedy hit Washington, D.C. and aboard a jetliner flying above a remote field in Pennsylvania, but it all played out before cameras in lower Manhattan where nearly 3,000 people died. Some of them had their final moments captured before television audiences as they chose to jump from the Twin Towers. The day was a critical incident for the millions who watched.

Kirwan has spent nearly 20 years trying to put a name on that day. His first effort came with his band’s release of “New York Town.” He said it captured Gotham in the three years prior to 9/11, and the three years that followed. The 12-track album is unsentimental and upbeat throughout, it nonetheless hits a poignant climax with a ballad named Mychal, after Rev. Mychal Judge. According to a review of the album published in 2004 by The Register-Star, Judge frequented Black 47 shows and ultimately befriended Kirwan. Judge died when debris from the North Tower crashed into the lobby of the South Tower and struck him in the head. Kirwan’s tribute was meant to capture his friend’s thoughts that morning,

“And, I thought that would tell the story,” Kirwan said. “But it didn’t.”

His follow-up attempt was in the format of a kitchen sink drama called, “The Heart Has a Mind of Its Own.” It tells the story of a fictitious family struggling with the inconsistent details surrounding the death of NYPD Lt. Brian Murphy, who died when the Twin Towers fell. It debuted off-Broadway in 2007. The playwright said it was a “pretty good” production, but he couldn’t help but feel that he had failed to capture the magnitude of it all.

“And, it definitely didn’t capture the story of John and Joan as I wanted to tell it.”

Connolly’s has three locations. The one Kirwan speaks of is on 45th Street. It’s a little slice of Ireland placed on the isle of Manhattan. A cool, dark pub that can let the weary sit down with a pint and take the weight of their legs for a while. It’s a place to go for live music. Patrons less acquainted by the atmosphere call it too loud. Black 47 called it home. It was also a favorite among firefighters and police officers, alike. When Hurricane Sandy wedged itself up the Hudson River in 2012, the storm surge inundated the city, including Midtown. The waters flooded the pub, nearly destroying it. But, once the waters receded, people returned. Local volunteers helped bring the pub back to life.

FDNY boasts nearly 11,000 firefighters and another 4,200 EMS personnel. They work in staggered shifts, each staying at one of its 254 firehouses throughout the city for days at a time. Those not on shift are home. Employees are required to be residents of the city. An exception is made for applicants from Nassau, Orange, Putnam, Rockland, Suffolk and Westchester counties. When prospects test into the program, applicants from one of the five boroughs earn an extra five points. So, it’s not uncommon for a would-be firefighter from one of the surrounding counties to use a family member’s mailing address from Wakefield, Glen Oaks or anywhere in between.

By the time the Twin Towers splintered and rained down to earth, lower Manhattan was severed from the world. Then-Mayor Rudolph Giuliani told New Yorkers to remain in their homes, in their places of work, and asked them to clear the streets for emergency vehicles. Phone lines were congested to the point no one could call into or out of the city. The inability to confirm the safety of loved ones was just as crippling. Those who could leave the island likely did so on foot. The New York Times reported thousands crossing over the Brooklyn Bridge.

Once they did leave, they didn’t come back. Many businesses were closed for several days. The New York Stock Exchange, which was minutes away from its 9 a.m. opening bell, suspended trading for the rest of the week. There was no rush to return. “Everyone was afraid there was going to be another attack,” Kirwan said.

“So, we knew that we had to get people back into the city. Remember, nobody was coming into the city at that point. …So we put out the word, and some of our fans showed up,” he said. But, it really got out to first-responders; that there was actually a place to go to on Saturday nights, and Black 47 was going to be there playing.”

Most of America saw New York City through the eye of a television camera, with politicians and celebrities attempting to place a name to it. In the months that followed the attacks, there was still an incomplete list of people who died. The people who had taken the brunt of the events, the everyday people of the city, were walking through the front doors of Connolly’s.

“Something would happen,” Kirwan said. “You see, we didn’t know who was alive. We knew certain people were dead. We didn’t know who was alive, and first-responders there didn’t know either.” The schedule of gigs in which Black 47 performed at the pub over the next four months was intense. …Whenever the door… would open, everyone would look over, and there would be, ‘Oh my God, John is alive.’ Or, ‘Oh my God, Joan is alive.’ And, everyone would rush over and [there would] be bear hugs.”

Kirwan reintroduces the Murphy family to the world in his latest novel, “Rockaway Blue.” The cover of the hardcover book captures the cloudless, baby blue sky that was over New York City on 9/11. Below the book title and Kirwan’s name, however, are the black and grey plums of smoke and dust that followed the attacks. Since the book hit the stands in March, it has received a 4.5 out of 5 score with GoodReads.

“After seeing that so many times after the first three of four weeks, I made a vow that I was going to tell the story of John and Joan, the story of the regular people of New York City,” Kirwan said. “Not the politicians who were lining up to get their photos taken, or the media hounds trying to be associated with it all, but the people who had taken the brunt of this.”