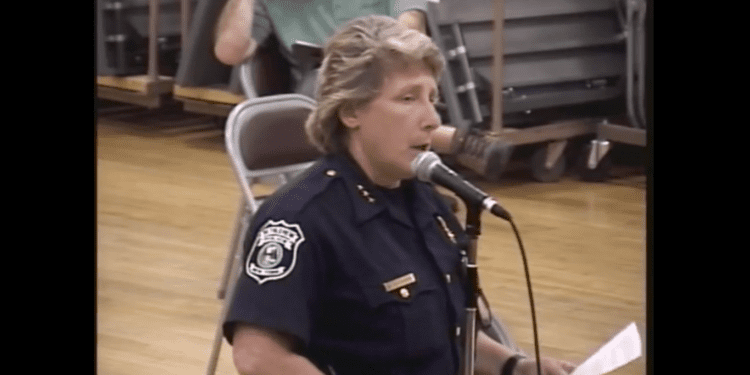 DELMAR — The Bethlehem Police Department continues to work towards reform following the Town’s submitted plan to the governor’s office in April. Included in those changes is a revised Use of Force policy.

Chief Gina Cocchiara told the Town Board on Wednesday, June 9, that she updated her department’s Use of Force policy last December. The revision included defining and prohibiting the use of chokeholds.

Police agencies have been prohibited from using chokeholds since last June. Governor Andrew Cuomo signed The Eric Garner Anti-Chokehold Act into law within weeks of the murder of George Floyd by the hands of Minneapolis police officer Eric Chavin. Floyd’s murder sparked protests and riots throughout the country, and governments to launch police reform initiatives, including in New York.

“I have worked with my Assembly colleagues to reform our state’s broken criminal justice system. Holding law enforcement officers accountable for their actions is a necessary part of that,” Speaker Carl Heastie said last June. “The NYPD ban on chokeholds was not enough to protect Eric Garner, and it is not enough today. This legislation will put an end to the practice across the state.”

The Eric Garner Anti-Chokehold Act created a new crime of aggravated strangulation. Such an offense would occur if a police or peace officer, while using a chokehold or similar restraint, causes serious physical injury or death. This is now a class C felony, punishable by up to 15 years in prison.

In 1993, the New York City Police Department banned the use of chokeholds by police officers.

In 2014, Eric Garner was approached for selling loose cigarettes on a New York City sidewalk and was tackled by a police officer who placed a chokehold on Eric Garner’s neck. Garner fell to the pavement, and can be heard on video recording, saying, “I can’t breathe. I can’t breathe.”

Garner’s death captured national attention at the time; nonetheless, between 2014 and 2020, the New York City Civilian Complaint Review Board reported 996 allegations from people who say they had been subjected to a chokehold.

Cocchiara shared that Town Board member Dan Coffey is also working with the police department to compose a code of ethics, too.

A deficiency in data collecting discovered during last year’s Police Reform and Reinvention Collaborative is one step closer to resolution.

Bethlehem police officers are now required to denote “perceived race” of drivers for all traffic stops and issued tickets, Cocchiara said. “This is something that New York state does not make all other agencies do,” she added. “Be we do in the town of Bethlehem.”

The agency is exploring ways to share the data with residents on the town website. The technology is not available yet, but Cocchiara said she anticipates the ability will be enabled by the end of the year.

In March 2020, BPD had 40 sworn officers on staff. With retirements throughout the year and the first five months of 2021, that number reached as low as 34.

“This number is insufficient to have all shifts properly staffed each day, which resulted in a lot of overtime,” Cocchiara said. She did not disclose just how much overtime was accrued.

Cocchiara said she is working with the Town Board to hire more officers. The effort includes recruiting from surrounding agencies should officers from other departments seek to transfer, including diversity hires.

How Lansingburgh High School Drama Club responded to the pandemic