by Michael Hallisey
in Bethlehem, Business
0 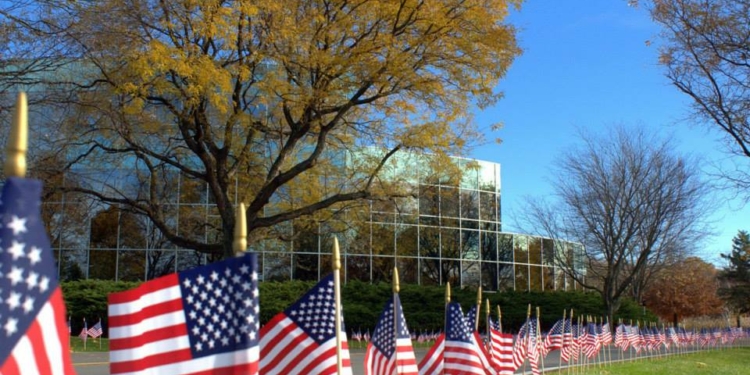 GLENMONT — American National Insurance Company issued a press release addressing recent media reports that speculated over how it was exploring options, including a company sale, but the insurer did nothing to quell those rumors.

“American National has recently been made aware that there have been media reports that speculated about the Company exploring strategic options, including a company sale,” the insurer shared in an online statement. “As a matter of company policy, American National does not comment on rumors or speculation.”

Shares of the public company shot up in value by nearly 20 percent following trade rumors. The price per share had closed at $142.28 two weeks ago, the highest asking price for the company in more than two years. In turn, the insurer’s market value increased to more than $3.8 billion.

The market tumult comes just a week after the company announced a turnaround in net income for the year’s first quarter, following a difficult 2020.

The company has a business center in Glenmont, but is headquartered in Galveston, Texas, where it was founded by William Lewis Moody Jr. in 1905. Though shares of the company are sold on the open market, the Moody family continues on as majority owner though various trusts.

Property and casualty insurance is also written through American National Property And Casualty Co., Springfield, Missouri, and its subsidiaries and affiliates. Other products and services, such as life insurance, annuities, health insurance, credit insurance, and pension products, are written through multiple companies.

Reuters reported that an investment bank was hired to run an auction for American National, with prospective buyers recently contacted to gauge their interest in a deal. The news outlet, who did not identify its sources, also cautioned that a transaction was not certain.

American National’s presence on Route 9W in Glenmont is preceded by that of Farm Family, which served as a friendly neighbor to Glenmont Elementary students for generations.

A phone call to an American National press contact was not returned before this edition went to print.

SPOTTED: Shaker down 5-1 in rain-delayed game against Averill Park