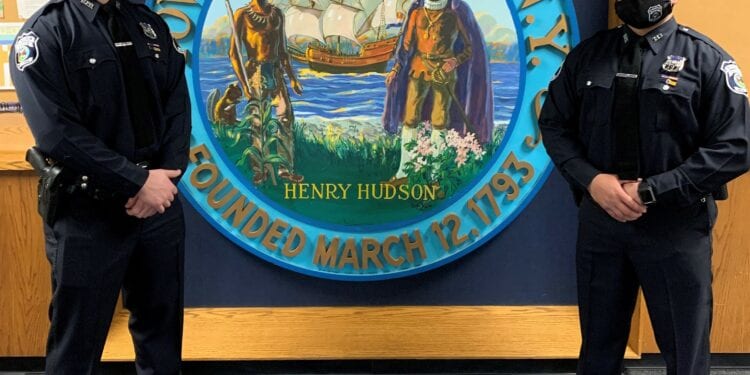 The board accepted appointments of Cameron C. Apple, Corey J. Watts and Alexander Hazelton as the police agency’s three newest patrol officers on Wednesday, Feb. 24. They each join a squad hampered by recent retirements that have depleted the staff from 40 officers last year to just 34.

The drop is significant enough to concern local lawmakers over the prospect of overtime and mandatory double shifts to ensure its police department can cover the town’s nearly 50 square miles.

“This is too few patrol officers to cover all shifts at all times in all days,” said Town Supervisor David VanLuven.

Three weeks ago, Town Board Members Maureen Cunningham and Joyce Becker each voiced separate concerns regarding hiring. Where Becker suggested a comprehensive look at staffing needs, Cunningham said she felt hiring new officers could conflict with budgetary suggestions being made in the upcoming Police Reform and Reinvention Collaborative Plan.

“Although we have not yet completed the Police Reform and Reinvention Collaborative Plan, we feel it is imperative to move forward with the three police hires that we have on the docket tonight,” VanLuven said prior to the board’s vote.

Cunningham’s stance was specifically targeted by one resident who spoke during the board’s public comment section to open the meeting. He described her point as nothing more than a political move. Prior to the board’s consideration of the three hires, she explained herself.

“I am in agreement that these hires are necessary to fill a void and to avoid paying overtime right now,” she said. The board member’s concerns were quelled after speaking with both VanLuven and Cocchiara. “And, I think it’s the right thing to move forward. I will say I also looked at the resumes and I really enjoyed looking through the background materials. … I’m happy to move forward with this.”

With three positions remaining, and anticipated retirements, VanLuven said that, “these three hires will not limit the department’s ability to move forward with recommendations from the final Police Reform and Collaborative Plan.”

Both Apple and Watts join the agency having previously served with the Albany County Sheriff’s Department. Hazelton was expected to join the force, contingent on a physical, after serving as a part-time patrol officer for the Town of Coeymans’ Police Department.

“I thank the board for your understanding and support for our police department,” Cocchiara said, afterwards.

Each new officer is to be hired effective March 1 at an annual salary of $56,439.