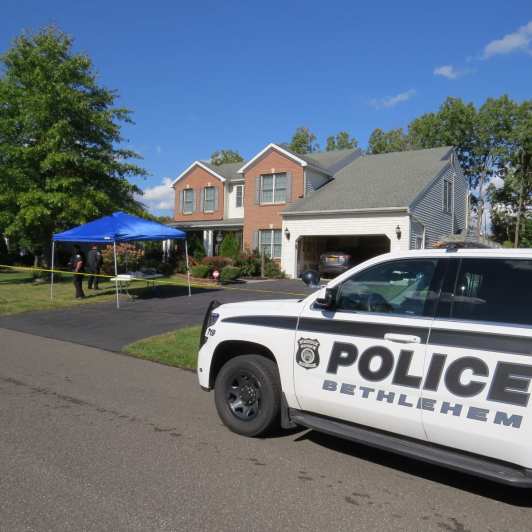 SELKIRK — Investigators ruled the deaths of a married couple found dead inside their home in the quiet Haswell Farms neighborhood to be the result of a murder-suicide.

Sarbjit K. and Bhupinder S. Saran were both found dead in their home at 56 Chesterwood Drive late Tuesday afternoon, Sept. 29, after Bethlehem Police responded to a family member’s request to check on their welfare.

According to Bethlehem Police Cmdr. Adam Hornick, officers had to force entry into the home shortly after 3:24 p.m. Once they entered, they found both of their lifeless bodies on separate floors of the two-storied house; Bhupinder on the first floor and Sarbjit on the second. No one else was in the home.

Following autopsies at Ellis Hospital, authorities determined Sarbjit was murdered by her husband, who later killed himself. Bethlehem Police refused to speculate motive but confirmed a history of domestic incidents at the home.

There was a current refrain-from order of protection against Bhupinder issued out of Albany County Family Court. The order was to protect Sarbjit from any “illegal contact” by her husband. It did not, however, prevent him from sharing the home with his wife.

Bethlehem Police obtained a search warrant following the discovery of the two bodies. Though Hornick would not disclose the cause of death, he shared no firearms were used. The New York State Police Troop G Major Crimes Unit, and New York State Police Forensic Identification Unit assisted with the investigation.

Police are still trying to determine the time of death. Various members of the family had attempted to reach the married couple before turning to the police to check on their welfare, Hornick said. Police will continue to investigate to determine a timeline.

“Unfortunately, we try to make something good out of the bad situation and remind people of the services that are out there for incidents like this,” Hornick said. “We never want to go and second guess or blame a victim for something. We always just want people to know of the support that is out there and the services that are available to everybody.

“Acts of domestic violence will not be tolerated,” Hornick said. “At this time, our thoughts and our prayers are with the family who has lost two people, and one is the victim of a homicide.”

This is the town’s first murder-suicide incident in nearly 40 years.

24 HOUR SHIFT: Seek new ways for your child to learn