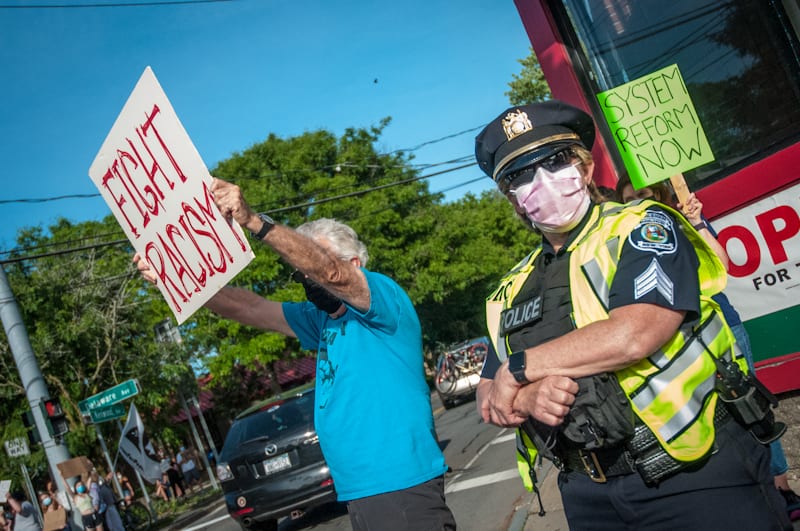 Town Supervisor David VanLuven has shared how nearly 40 percent of all tickets issued by Bethlehem Police Department last year were to people of color.

That contrasts with the demographics of the town, which is overwhelmingly white. According to the 2000 census, of the 31,304 people who reside in Bethlehem, 94.74 percent are white.

But, according to the police department, that’s not the best way to look at the data.

“It’s a partial set of data that looks at the number of tickets issued and not the number of violators,” said Bethlehem Police Cmd. Adam Hornick. Aside from knowing tickets are not exclusive to town residents, there are several factors not captured in the data.

State Route 144 stretches nearly 15 miles, running parallel to the Hudson River between the City of Albany and Greene County. The 55 mph speed limit on the majority — if not all — of it makes it popular with motorists. Known as River Road as it meanders through Bethlehem, it is heavily patrolled by town police. Because of the roadway’s propensity for motor vehicle accidents, Hornick said the town receives compensation to patrol the state route.

To explain the discrepancy in the data, Hornick used an extreme example of one motorist who was issued 15 tickets. If such a person leads the police in a chase, that person could receive several tickets for speeding, failing to comply, driving recklessly and other violations. A single event would drive the number of tickets up.

Relating the numbers between residents and non-residents cushions the stark contrast depicted in the rate of tickets issued to people of color against the town’s demographics. Some scrutiny is rooted in the past. A retired police chief’s use of a racial slur more than a decade ago resurfaced upon the town appointing a new head administrator last month. However, Hornick said the department has not received any complaints regarding unfair policing.

“In the last five years, we have not had any documented race-related complaints,” he said.