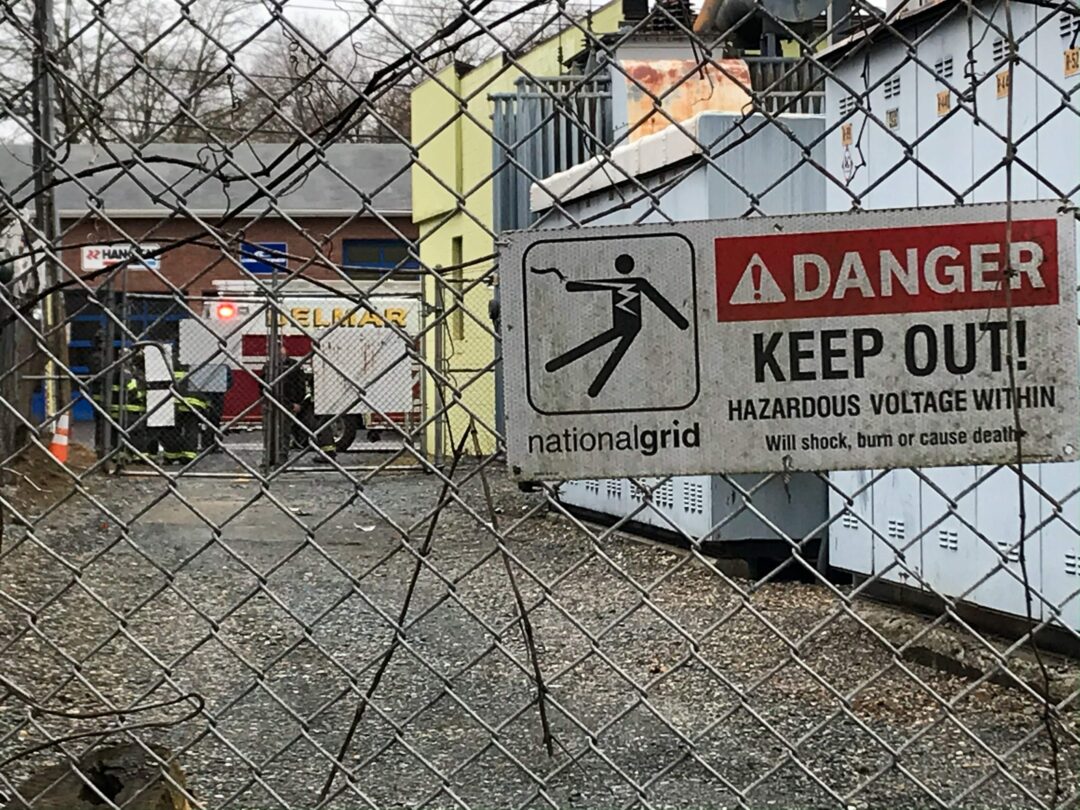 DELMAR — National Grid likened the situation to a person in need of a pacemaker, and that the operation was needed a decade ago.

“You have a patient walk in with a heart arrhythmia, and it needs to be addressed,” said Andrew Leja, an attorney from Barclay Damon representing the London-based utility company. In his analogy, he said National Grid has placed all the bandages it can to maintain the town’s aging infrastructure. The company continues its argument for an oft-proposed $15 million substation National Grid plans to build near Eagle Elementary.

“Ultimately, the need for the pacemaker remains,” said Leja. “And, you don’t place the pacemaker in the foot, knee, or even the abdomen. You place it closest to where it’s actually going to do the work.”

National Grid first proposed the Van Dyke Road substation to the zoning board in 2014. Because the land is not zoned for a substation, the energy company’s plan needs to first obtain a use variance.

The proposal has since gone back and forth with some pauses as National Grid addressed resident concerns. Many of those concerns centered on the introduction of electromagnetic fields at close proximity to Eagle Elementary, which stands less than half a mile away from the proposed site.

In 2015, eight residents spoke against construction of the substation proposed for that location and an Eagle Elementary student submitted a petition with 105 signatures opposing it. In addition, the board received 11 emails in opposition, three that conveyed concern, and just one in favor of the project.

National Grid tried to dispel those concerns in 2018. A company spokesperson had said substations are designed to emit “zero EMF” at the property line. The town’s engineering consultant supported the energy’s claim that a new substation would address the energy needs of a growing Slingerlands community and that it fit into the town’s growth projections.

Powers Engineering, the town’s engineering consultant, had also reviewed National Grid’s assessment of 61 potential locations for a new substation. The utility company had narrowed the number of sites down based on the location’s proximity to a transmission line, and to the feeders providing energy along the Delaware Avenue corridor and beyond. It also agreed with the utility company’s assessment of those locations.

If the Van Dyke proposal goes forward, National Grid plans to close two aging substations. The Delmar substation that abuts the Albany County Rail Trail off Adams Street and the Juniper substation north of Elm Avenue Park will each be dismantled in the plan.

The zoning board is to host another public hearing on the topic on Wednesday, July 15.