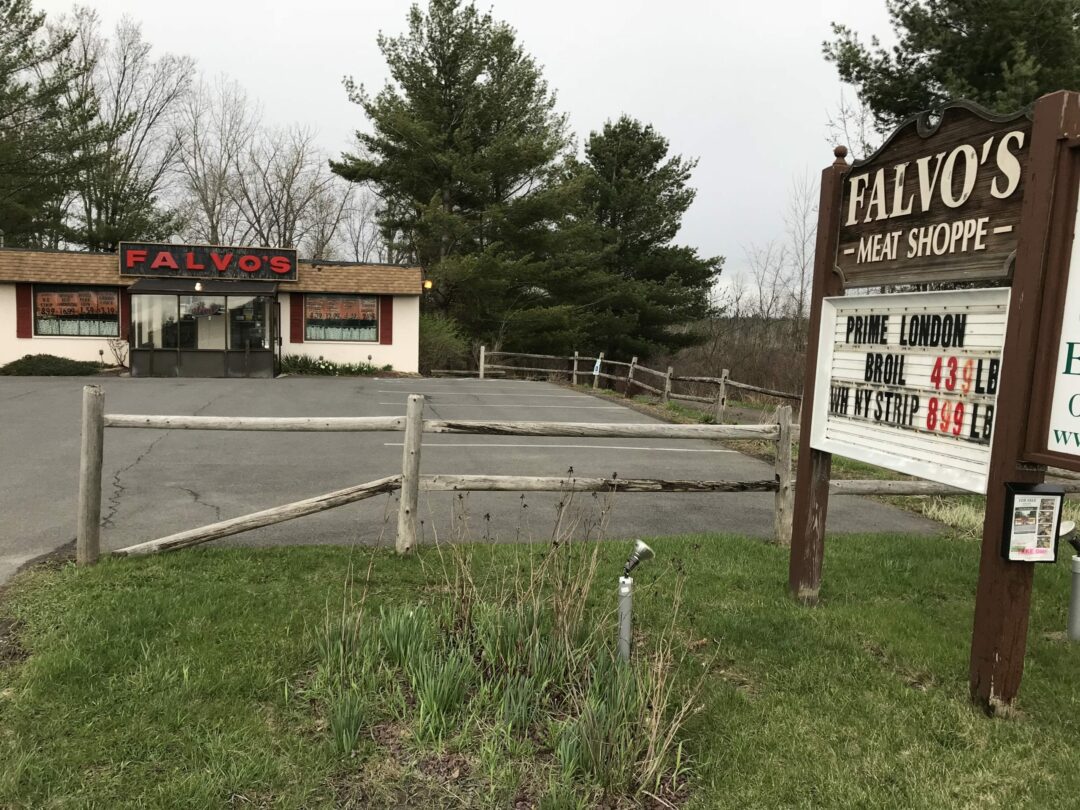 Editor’s note: The print version of this story was already laid out for publication before Falvo’s announced on Monday, June 1 that it will temporarily close until September and have new management. The online version has been updated to reflect that new announcement.

On its Facebook page on Monday, June 1, Falvo’s announced that it will be under new management effective that same day and Robilotto will still be in for the next few Fridays and Saturdays to ensure a smooth transition. Gift certificates that were already purchased will still be honored.

The Facebook announcement also indicated that Robilotto and his wife, Pat, will retire.

“Thank you to all of our customers for your continued support of our family’s business,” Falvo’s announced. “That support means more than words can express. Thank you for 30 wonderful years!”

When Spotlight News spoke with Robilotto last week, he had already expressed interest in selling Falvo’s off.

“I don’t know if I would come back and reopen or not; I want to leave that option open,” he said last week. “I don’t feel good about temporarily closing it. I’d like to sell to someone who’s been interested in running a good neighborhood business that people can go to.”

Robilotto explained that since the COVID-19 pandemic hit, his butcher — one of his five employees — had to resign two weeks ago to care for his elderly mother in Indiana.

“Now that I don’t have a butcher, it’s hard to run the business with the same standards as before,” Robilotto said. “I’m 79 years old and also in the last two and a half months, I worked 60 hours a week. It’s too much at my age and even a young person can’t do it. … I’ll close temporarily as soon as I sell off my last fresh meat stock. Then, I’ll have nothing to cut.”

Robilotto said he was trying to employ more people for the past two weeks but to no avail. “How do you hire people when they make more money for not working,” he said, referring to people receiving unemployment benefits.

Due to the pandemic, he said business has “doubled to tripled” but customers are no longer allowed inside the store. Also, doing curbside pickup and handling many customer calls “is time-consuming and it’s a lot of extra work involved,” he said, expressing concern for his remaining employees’ well-being and health.

According to Robilotto, meat prices have also gone up “dramatically.”

“How high can you go and still be able to sell a product,” He said, “We’re now selling up to $10 per pound and it used to be just $4 per pound. I refuse to go higher. Prices went up because of demand and lots of meat industry facilities have shut down because many people got sick from working shoulder to shoulder.”

According to the Centers for Disease Control, as of early May, there are 115 meat and poultry processing facilities with about 130,000 workers across 19 states in the U.S. Almost 5,000 cases and 20 deaths have been reported, because of factors like how challenging maintaining social distancing while working is and transportation conditions.

Reflecting back on his time at Falvo’s, Robilotto expressed gratitude to his loyal customers through the years.

“We’ve had quality customer service and a great relationship with customers when they come in,” he said. “If I’m busy, I at least say hello, recognize them and always treat them fairly. I’m going to miss my friends and customers and it brings a tear to my eye. They’re not just customers, they’re friends which has made us so successful for a long time.”

Regarding his future plans ahead, Robilotto said, “I got a nice pool in the backyard and I want to relax. If the economy starts opening up, I’d also like to travel with my wife.”

For more information, visit www.falvomeats.com or its Facebook page at www.facebook.com/FALVOsPrimeButcherShoppe.