Public hearings set on May 27 on moratorium extension, licensing system on vape and tobacco retailers 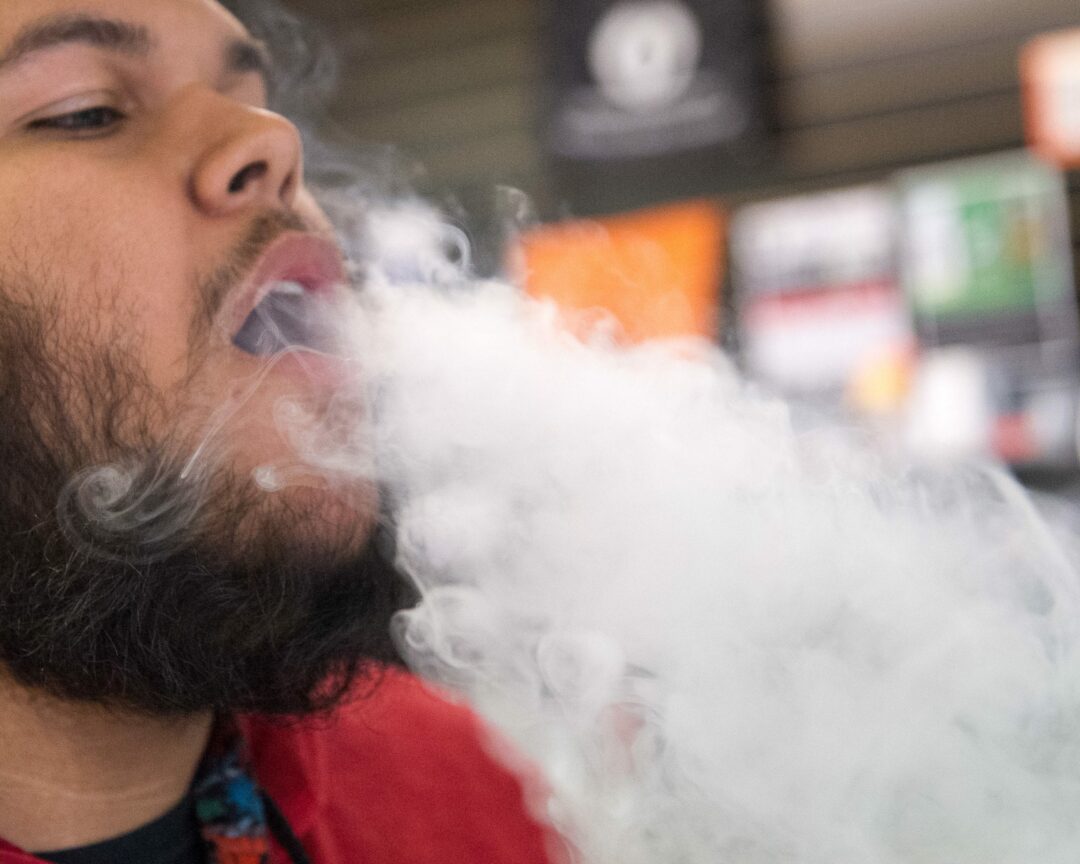 BETHLEHEM — The town board voted unanimously in its May 13 meeting to hold two public hearings at the upcoming May 27 meeting related to a proposed licensing system on vape and tobacco retailers, and the current six-month moratorium on vape shops.

In its June 10 meeting, the town board plans to vote on both extending the moratorium and adopting a local law for the proposed licensing system on vape and tobacco retailers. The local law would go into effect in late 2020 and the licensing system would begin issuing licenses in 2021. All state-registered tobacco and vapor product retailers in town must get a license from the town for approval.

Both the moratorium and planned licensing system aim to help better regulate vape and tobacco product retailers in town as well as reduce exposure of vape products to children and teenagers.

Since June 2019, the town implemented a moratorium on “the submission and processing of applications for building permits, certificates of occupancy, and land use approvals for vape shops, smoke shops and the sale of marijuana or marijuana products, or the dispensing or distribution of medical marijuana,” according to town documents. That original six-month moratorium was extended by another six months in December 2019 and is set to expire on June 26.

Leslie Lombardo, the town’s Planning Division’s senior planner, encouraged the extension of the current moratorium by another six months so that town staff can continue preparing the licensing system and application documents; determining how much the application and annual license fees would be; and training staff and reaching out to existing businesses.

Regarding who would be administering the local law and handling the licensing system, Lombardo said, “The responsible departments are the [town’s] Economic Development and Planning Department as well as the Building Division.”

The local law would require retailers to display the license on its premises. The drafted licensing system would include restricting vapor product sales within 1,000 feet of schools — selling tobacco products would be still be permitted within that distance; have a priority list for new license applications; and establishing a cap and winnow with a floor.

Lombardo said the town may issue licenses to the 15 existing tobacco retail businesses if they apply in the first licensing cycle in 2021, meaning that there would hypothetically be 15 licenses issued that year. As a license is valid for one year, existing businesses will each have to apply for a renewed license every year afterwards while new businesses must apply for a new license.

Regarding the cap and winnow with a floor concept, Lombardo explained that the town would reduce the number of issued licenses over time by only issuing one new license for every two licenses that do not get renewed from the previous cycle or year. This reduction would apply until there are seven or fewer licenses left that can be issued in a cycle — the cap is seven total licenses.

If the number of new businesses applying for new licenses exceeds the number of licenses that the town can issue, a priority list will be used. Any new business that is located at least 1,000 feet from a school and does not plan to renew an existing license for a location within 1,000 feet of a school would be prioritized first. The second priority would go to any business located at least 1,000 feet from a school and the third priority goes to any establishment that takes steps to limit entry to only people aged 21 and up. Any remaining license applications will be decided by a lottery system.

Lombardo said town staff are researching how much fees other municipalities with similar licensing systems have established in order to determine how much the fees should be in Bethlehem. The fee schedule will be referenced in the local law that would be adopted on June 10 but town staff will continue researching and present their findings and recommendations at a later meeting to the town board which would vote on the fee schedule at the end of this year.

Town Board member Jim Foster said he wants the fees to be “as small as humanly possible.”

“We’re proposing ongoing fees that is a burden on our local businesses, regardless of where they’re located, no matter how far from a school,” he said. “I’m kind of concerned as I don’t want to put an additional burden on our already strained businesses. … I would argue that we should effectively eat the administrative costs in administering the program of our own creation.”

Town Board member Maureen Cunningham said it’s important to keep in mind that businesses are affected by the COVID-19 pandemic too.

Foster added that he would like the town to reach out to the 15 existing businesses before the June 10 public hearings so that “they’re not caught off guard by all this.” Cunningham, Town Supervisor David VanLuven and Town Board member Dan Coffey agreed that informing the businesses about the public hearings in advance would be beneficial to them too.

Robert Leslie, the town’s director of planning, acknowledged their concerns and said the town could send letters to each existing business with information about the public hearings as well as the drafted local law and licensing system.

The public hearings will solicit public comments through June 10.