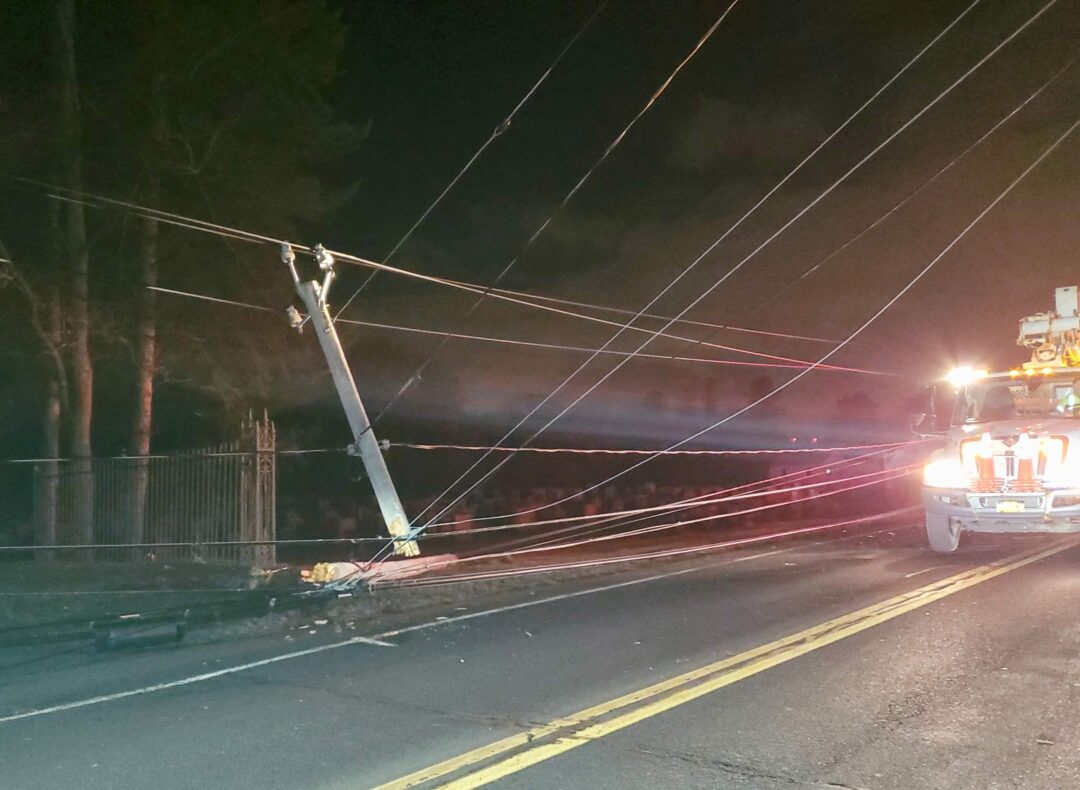 BETHLEHEM — A 53-year-old Albany man crashed his vehicle into a telephone pole on Route 9W near Beacon Road on Thursday, March 5 at 1:06 a.m., according to Bethlehem police.

The accident caused that road’s section to be temporarily closed until 3 p.m., affecting local traffic.

According to police reports, Arthur L. Williams was driving a 2009 Nissan when he significantly damaged the pole, prompting National Grid to work to replace it. Bethlehem police and the Selkirk Fire Department responded to the scene. Williams was treated at the scene and transported by Delmar-Bethlehem EMS and Albany County Paramedics to the Albany Medical Center.

Bethlehem police investigated the incident and determined that Williams was intoxicated while driving. He was charged with driving while intoxicated, criminal possession of a controlled substance, speed not reasonable and prudent, failure to keep right, driving a motor vehicle with no seatbelt and unlicensed operation of a motor vehicle.

Williams is scheduled to appear at the Bethlehem Town Court on Tuesday, March 24 at 6 p.m.

Part of Route 9W closed due to car crash