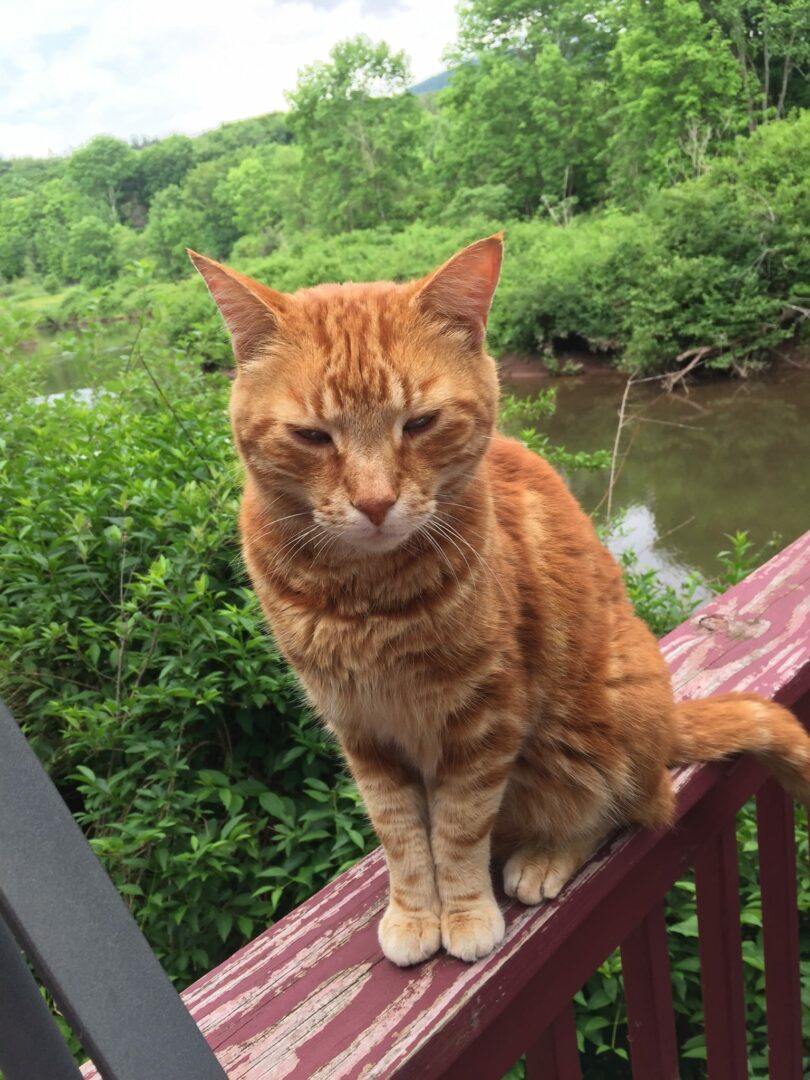 Roger, above, was missing for around 12 days before showing up at his owners' doorstep on Wednesday, Jan. 8. Photo provided

DELMAR — Local married couple Chris and Erin have been searching for their missing cat, Roger, since it disappeared back on Friday evening, Dec. 27.

Roger, 13, is an orange domestic Shorthair male cat with green eyes that was last seen at around 6 p.m. near Darroch Road and Roweland Avenue in Delmar. According to his missing flyer, he is friendly and very vocal but can get a little nervous around strangers.

The couple, who requested to not disclose their last names, had just bought a house in Delmar and moved into it two weeks prior to Roger going missing. Chris said he is originally from England while his wife, Erin, was born and raised in Bethlehem.

Chris said Roger is originally a feral cat from Catskills that generally prefers being outdoors.

On Dec. 27, Chris said, “[Roger] just went out. We had kept him in for a week after we moved in here and we started letting him out for a bit. For two and a half days, he was fine but he went out early that evening and that was the last we saw him.”

He continued, “I think what happened is that he got used to the house from the inside and then from the outside, and then he probably got a little too far away and lost his bearing.”

After Roger disappeared, the couple began reaching out to the Bethlehem Police Department and Animal Control. “We also put up flyers around town and leaflets in mailboxes, and I handed them out in Price Chopper at Slingerlands. We have even walked around and called for him,” said Chris.

He brought up that there have been a few sightings of Roger in their neighborhood since his disappearance, including on Saturday, Dec. 28 where a neighbor took a photograph of a cat outdoors that appeared like him. “That was definitely Roger and it was at the corner of Roweland Avenue and Adams Place,” he said. “The people here have been super helpful and encouraging and warming to us.”

As Roger has not returned home in over a week now, Chris expressed disappointment at how the new year began this way. “It’s extremely distressing that he’s gone and we’re just hopeful he’ll turn up,” he added.

He concluded that the people around him trying to help “has been a strange way to know your neighbors but many people have offered to help. And I’m still very hopeful.”

Anyone with information about Roger’s whereabouts can contact Chris and Erin at 518-253-0886.