Marc Dorsey will be the new Bethlehem Highway Superintendent 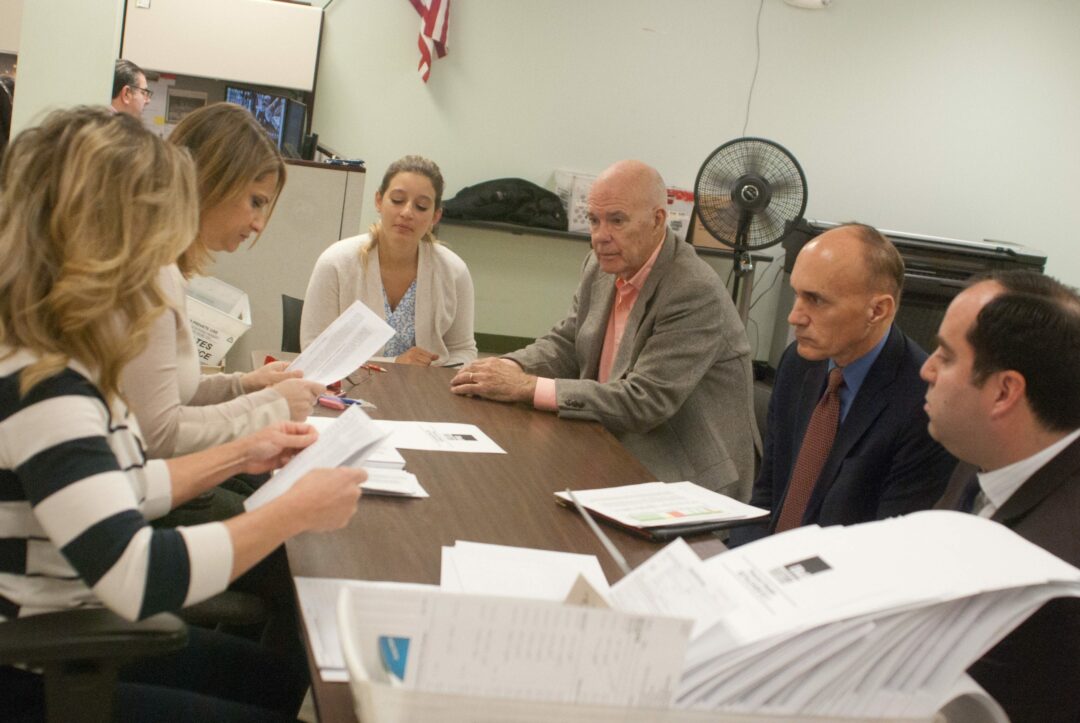 The absentee ballots being reviewed and counted at the Albany County Board of Elections. Diego Cagara / Spotlight News

BETHLEHEM — The town will see a new highway superintendent in 2020, according to preliminary numbers from the Albany County Board of Elections on Thursday, Nov. 21.

After the Board of Elections counted more than 300 absentee ballots that morning within three hours, Marc Dorsey emerged as the victor with 5,296 votes, just 128 votes more than John Anastasi who received 5,168 votes. The process felt lengthy as Board of Elections staff and political officials reviewed each absentee envelop and ballot to check if they had been properly filled out and filed.

“I’m looking and excited to get started. It shows my hard work paid off,” said Dorsey. “It’s also pretty evident that the town and employees want change, regardless of it being a close race.”

He also expressed gratitude to his supportive voters and the Bethlehem Democratic Committee. “The BDC are a machine and are 100 percent for what they believe in,” he added. “I’m truly thankful for the BDC because without a solid team, you can’t do anything by yourself. It’s like in the military where there’s no ‘I’ in ‘team.'”

Dorsey brought up that once he officially attains the position, he wants to first understand what is working and what is not in the highway department. “I wish Tiger all the best of luck but the people spoke,” he said. “I plan on treating this like a fulltime job.”

Spotlight News has reached out to Anastasi for comment but did not receive any in time for this publication. Anastasi, who first assumed the role on Jan. 1, 2018, will end his term on Dec. 31 this year.