Elsmere firefighter, cardiologist dies at 67 but not forgotten 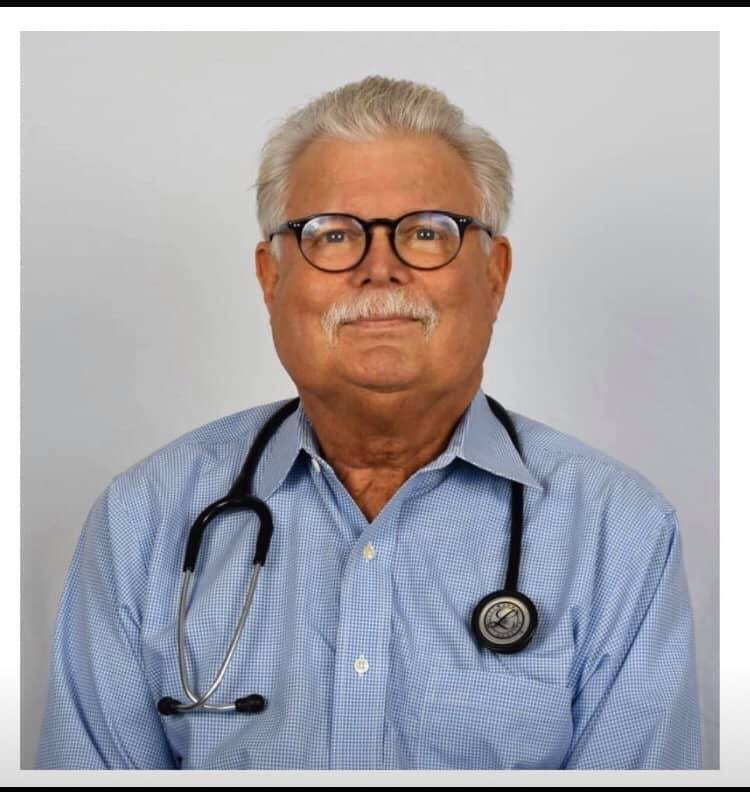 David Putnam, above, remains well-remembered by his peers throughout the Capital District, including those from the Elsmere Fire District, Delmar-Bethlehem EMS and Capital Cardiology Associates. Source: Alexander J. Pope

While the nature, time and location of his death have not been disclosed, Putnam, of Elsmere, was born on Dec. 29, 1951 in East Lansing, Michigan and was raised in Asheville, North Carolina, according to his obituary. He is survived by his wife of 43 years, Patricia C. Putnam; his three children — Emily Stalling, Jameson Putnam and Darroch Putnam — as well as his three grandchildren — Elliot Putnam, and Sonja and Laurel Stalling. His parents were Harold “Gordon” Putnam and Phoebe Putnam.

His obituary also indicated that calling hours will be held from 3 to 7 p.m. on Friday, Oct. 11 at Our Lady of Assumption Church at 498 Watervliet-Shaker Road in Latham. A funeral mass would follow in the church on Saturday, Oct. 12 at 12 p.m. In lieu of flowers, people can make contributions in his memory to the Elsmere Fire Department, Adirondack Mountain Club, Catskill Bee Club or the Center for Donation and Transplant at Albany Medical Center.

Putnam graduated from the University of North Carolina at Chapel Hill in 1973, where he did his undergraduate studies and medical school, and also first met his wife. He then pursued his Internal Medicine and Cardiology Fellowship at Albany Medical Center in 1977; he completed a Critical Care Fellowship at Ellis Hospital in and then received an MBA from Union College, both in Schenectady. Putnam later worked as a cardiologist at the Albany-based Capital Cardiology Associates, where he eventually became the medical director of the Blood Laboratories.

Putnam also spent almost two decades with the Elsmere Fire District where he first joined as a social member in Sept. 2000 and became an active member a month later. Besides being a volunteer firefighter, he later began serving as a medical advisor since 2009 and remained involved in the district until his death. He also served as a member of the board of directors at Delmar-Bethlehem EMS since 2013.

Since passing away, Putnam has remained well-remembered by his peers throughout the Capital District.

Capital Cardiology Associates posted on Facebook that it “is deeply saddened by the passing of our partner, colleague, and friend, Dr. David Putnam. At this time, our thoughts and prayers are with his family and loved ones.” Spotlight News reached out to the practice for further comment but did not receive any at the time of this publication.

The Elsmere Fire District also posted on Facebook about the news, bringing up his nickname, “Doc,”and how he “consistently offered advice to members who sought it on cardiovascular health.”

Alexander J. Pope, the district’s president, said Putnam “was one of the most approachable and friendly people, and he really had no problem with giving medical advice or just having a conversation. … He made really great baked beans for the guys too and we’re all really going to miss him. He was a wonderful man and a huge asset to the community and the fire district.”

Speaking of baked beans, Putnam’s colleague, Dan Sutherland, who was a fellow Elsmere firefighter from 1998 to 2015, said Putnam “used to make things like baked beans and pork, and he liked to cook for the firefighters after drills.”

Fellow firefighter Joe Catalano explained that every year, the district’s president assigns four to five people as a food committee to make food every month for the remaining firefighters after drills. “A couple of weeks ago, [Putnam] came up with potted chili in a crockpot with ghost pepper honey, and it was so hot and fantastic,” he said. “He always took his responsibility extremely seriously and he took pride in what he did.”

Jim Foster, another Elsmere firefighter and a Bethlehem Town Board member, said, “It was always a pleasure to be around [Putnam] and I liked the little things like how he made baked beans or ham from scratch. I was probably sitting on a fire call with him within the past two months and he was still so active and great to be around.”

Steve Kroll, the chief and executive director at Delmar-Bethlehem EMS, said he remembers how Putnam would show him and his peers photographs of his grandchildren before meetings. “He was brilliant, caring, community-minded and fun,” he said. “There will now be an empty spot in our table which will be very hard to fill. We’re not even thinking of that process to replace him yet. Right now, it’s in his memory.”

Beyond Putnam’s work as in cardiology and firefighting, some of the men mentioned how he was a beekeeper too, especially Sutherland.

While Sutherland said that he and Putnam grew very close for almost 20 years, he recalled casually talking about how he had his own apiary last year while Putnam happened to have his own collection of bees too. “We then started getting involved in beekeeping together and we have over 260,000 bees which are classified as livestock,” Sutherland said. “We kept honeybees and produced honey and my apiary is still here and I’m still caring for his bees.”

All five men agreed that Putnam’s death came as a surprise to them since he had been physically active and healthy.

“The reaction was shock from so many people,” Catalano said. “He was perfectly healthy and pretty young. We couldn’t imagine how it happened.” He added that as a cardiologist, Putnam often educated his peers about the risks of heart attacks, cardiovascular disease and stress, which can affect many firefighters.

While Pope similarly said the news felt “so sudden,” Foster said the fire district is mourning the loss of a “valuable and dedicated member.”

Kroll concluded, “I think we were all devastated when we learned that such a young, vibrant person was gone. He had so much to give and he gave so much to so many people and we’ll have that forever. He made us all better people and we’re all very sad.”

For Putnam’s obituary, visit this link.

SPOTLIGHT ON BUSINESS: The Costumer sizes customers up for a good scare