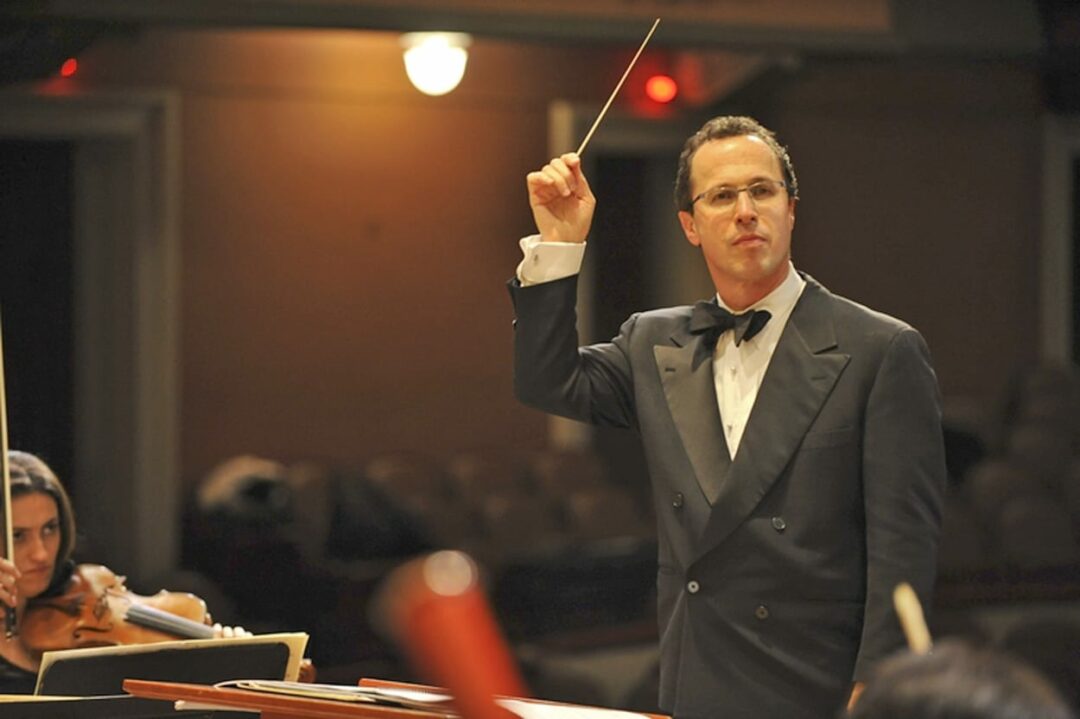 SLINGERLANDS — David Alan Miller, the Grammy Award-winning conductor and Music Director of the Albany Symphony Orchestra, has been living in Slingerlands for 26 years and has “loved every minute of it.”

Miller grew up in Los Angeles, California and attended both The University of California, Berkeley and The Juilliard School in New York City.

So how did he get to Albany?

“I knew I wanted to be a conductor since I was 15 years old,” said Miller. Prior to Albany, he served as an assistant conductor and then associate conductor of the Los Angeles Philharmonic. Additionally, he was music director of the New York Youth Symphony. Miller explained that he was “expected to go out and find another orchestra,” and “Albany was open.”

Miller was drawn to the orchestra for its “real reputation of doing new and unusual music,” and “knew [the Capital District] was a wonderful community.” He and his wife, who is from New York City, lived in Albany for a year and “looked in a lot of places” before falling in love with Slingerlands and raising their three children. For the past 26 years, Miller has enjoyed his beautiful, historic home, which was built in 1848, and frequently spends his free time gardening.

Most importantly, Miller emphasized the impact that Slingerlands has had on his family. Compared to the urban atmosphere of Los Angeles, “here [in Bethlehem] I feel like I live in the country,” he stated. “It’s a great place to have your kids grow up… it’s the most idyllic childhood.”

It seems like Miller’s children are just as supportive of their dad as he is of them. When asked how it felt to win a Grammy Award in 2014, Miller replied that it was “unexpected” that his Naxos recording of John Corigliano’s “Conjuror” “just happened to be nominated.” Miller brought his son to the awards, and all modesty aside, Miller recalled that it was a “great feeling” and experience to share with his son, Ari.

Miller also remembered the period following his Grammy Award win. “My kids used to ask if I was famous,” he said. Miller would jokingly reply that he “found himself getting stopped at the Slingerlands Price Chopper” more regularly.

Living in Slingerlands has enabled Miller to balance family life with his professional career at the Albany Symphony. Not only is Miller “incredibly happy” to live in a beautiful town in a great vicinity, but he also takes advantage of the Albany County Rail Trail and often bikes to work.

As for the symphony, he feels “really grateful” to be a part of a

“community [that] is exceedingly generous.”

The Albany Symphony Orchestra is perfect for Miller, who stated, “I love a lot of different kinds of music… I do the whole panoply.” Miller and the orchestra commission record different works by helping to “bring new pieces into the world… a lot of [pieces] from living American composers.”

When people come to the symphony, Miller hopes that they can expect two things. Primarily, he wants audiences to have a “really powerful, moving… and transformative experience with music.” Secondly, he thinks “there’s something really powerful about seeing music made in front of you.” Miller explained “the world is at a press of a button” and seeing a symphony play is “less and less frequent” and “old style in a way… That’s a really exciting thing.”

In the future, Miller and the orchestra have some special plans.

“I want to try and do things that are different [from] what everyone else is doing,” said Miller.

He explained, “next year is the 100th anniversary of women’s suffrage.” For women composers to be recognized is still “kind of an anomaly” so to raise awareness and celebrate, the Albany Symphony will host a series of “Phenomenal Women” concerts, with “20 works by women composers spread throughout the season.”

Miller wants to focus on “emerging composers” and “what’s exciting— what’s happening in the world.”

To aspiring conductors, Miller advises them to “listen broadly” and “learn as much as you can.” Compared to an instrument producing sound and fostering an immediate connection with the respective musician, “conducting is a lot more abstract.” Miller also brought to attention the fact that “people don’t think about creating composers.” Overall, “think about creating ways to reflect after people.”

With such a rare occupation, Miller’s influence, inspiration and unique success is resounding. From Los Angeles to New York City to a small town in the Capital District, he reflected, “I’m very proud to live here in Slingerlands.”