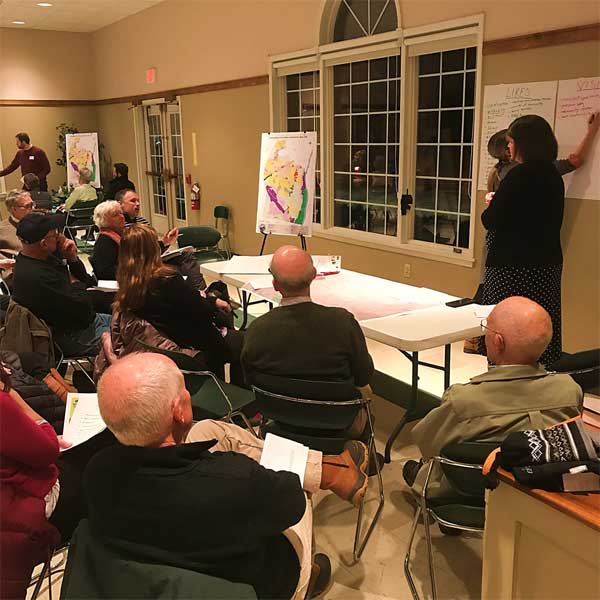 BETHLEHEM — Robert Leslie, the town’s Planning Division director, presented to the Town Board on Wednesday, July 10 a summary of comments, themes and issues residents across seven hamlets brought up in community forums in the past year.

The community forums, as part of the comprehensive plan update’s first phase, had been held throughout town from November 2018 to March 2019 as a way for town officials to garner residents’ input. People addressed questions about what they liked about their respective hamlet and the town overall; what they envisioned their hamlet would be like in 20 years; and what issues and opportunities their hamlet had.

The hamlets reached were Slingerlands, Selkirk, North and South Bethlehem, Delmar, Glenmont and Elsmere. According to Leslie’s presentation, around 250 residents participated in the forums overall, which were facilitated by Planning Department staff and Planning Board members.

Such input collected has been said to help inform the creation of the new comprehensive plan, which seeks to outline goals and visions for the town through 2035 or 2040. It would succeed the original 2005 plan which had concerned Bethlehem’s journey through 2020.

“Through our seven meetings, we documented and received numerous comments that were logged by meeting recorders,” Leslie said. “In sifting through the comments, we really tried looking into what the folks cared about and what are some of the themes that came out of them. We were able to identify seven themes that we thought were consistent throughout the discussions with all community forums.”

A condensed summary of what residents thought about the seven themes follow below.

All hamlets generally acknowledged how close the City of Albany is; how the hamlets offer many sources of employment, culture and entertainment; and how they appreciated the rural, country-setting feel as well as undeveloped pockets of land. Other factors like having quiet neighborhoods, open space and unique building architecture were brought up. Certain structures or landmarks were highlighted by different hamlet residents too, like Five Rivers Environmental Education Center, Henry Hudson Park and the Albany County Rail Trail.

While all hamlets regarded their school districts highly, some people did not like rising school taxes, school districts’ budgets and expenditures, and how districts are affected by increasing residential development.

Speaking of development, there was a cacophony of varied perspectives on that issue. Glenmont residents feared that “over

development” is already happening; those in Glenmont, Delmar and Slingerlands thought multi-family housing has too high of a density now. People from Delmar, Slingerlands and Elsmere did favor mixed-use development and how old or historic buildings can be reused to keep up with the times. Many of them specifically wanted small commercial development in certain areas only; would like more museums, community centers and performing arts areas; and want underused or empty buildings to be taken advantage of somehow.

While virtually all hamlets wanted to maintain their own physical and small-town characters, Slingerlands notably brought up the importance of preserving historic homes and buildings in its own historic district.

Lack of affordable housing for seniors was an issue brought up in all hamlets which some feared would cause seniors to have to leave Bethlehem. Delmar and Elsmere residents, in particular, envisioned that affordable senior housing near the Four Corners and other similar hubs can benefit seniors who can thrive on walkability and close proximity to resources.

Other residents brought up how the town can benefit from having more young adults, seniors and minority groups, but again noted that there may not be adequate affordable housing for them.

Regarding housing, residents’ opinions differed in that some favored single-family and multi-family properties, while some did not like more multifamily and high-rise buildings. Others wanted just a few developments to spring up in the future.

Residents in Slingerlands, Glenmont and Elsmere worried about how much traffic and speeding drivers were negatively affecting their communities, wishing for the town to come up with ways to confront those issues. New Scotland Road, Route 9W, Feura Bush Road and Elsmere Avenue were noted for specifically experiencing such issues.

Glenmont, Selkirk and South Bethlehem residents disliked the regular truck traffic in their areas, with the latter experiencing them from Callanan Industries. All hamlet residents generally appreciated bicycle and pedestrian pathways for helping to connect them with resources and the outdoors, specifically highlighting the Albany County Rail Trail. Many people wanted more safe crosswalks, rapid flashing beacons, speed signage and bicycle paths.

Some residents also wanted more public transportation, especially in North Bethlehem, Elsmere and Glenmont, while others from South Bethlehem and Selkirk would like park-and-ride facilities.

All hamlet residents virtually enjoyed how there were farms, forests, parks and scenic countryside views throughout town but were worried future development can intervene to hurt the town’s character and the environment. Fostering more farmland, open space protection and agritourism were some other ideas brought up that the town could embrace down the road.

Parks in town were appreciated by many residents and they expressed interest in seeing more parks or improvements in the current parks, as well as having more connections between parks and other recreational areas. Many also wanted easier access to streams and greenery with walking trails.

Small businesses across town were generally seen as providing opportunity and apt employment for locals and some residents wanted more small breweries, unique groceries and retail stores, and coffee shops. Others enthused in the town having more events, businesses, agritourism, more diversity of business owners and their employees, and seeing improvement in the Delmar Farmer’s Market.

Slingerlands and Elsmere residents, in particular, envisioned more economic development that follows how current businesses benefit from being located along or near the Albany County Rail Trail; they brought up the benefits of walkability, connectivity and maintaining the small-town feel. Some residents wanted more employment opportunities for teenagers and young adults alike.

While many residents were concerned about taxes, they still appreciated the various services the town offers, including the library, senior assistance and emergency services. However, some desired for more transparency and better communication between the town government and residents, in order to stay better informed.

South Bethlehem residents wanted the town to look more into its zoning regulations, its zoning districts, the approval-seeking processes and caring for vacant lots.

Leslie said that the comprehensive plan process would be transitioning into phase two. Certain factors here would include the creation of a Comprehensive Plan Update Advisory Committee; using more surveys and social media to keep up with the community dialogue; having informational tables at community events or locations whenever appropriate; having more community forums that would focus on topics; and continuing to engage key age groups like families, children and teenagers, and seniors.

Leslie added that the comprehensive plan hopefully would be completed by late 2020.

PICK OF THE WEEK: The Capital City is set to offer a funky serving of Lettuce at Alive at Five, followed by an after party at The Hollow Bar + Kitchen 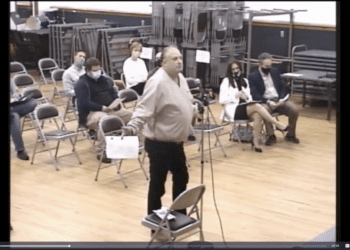