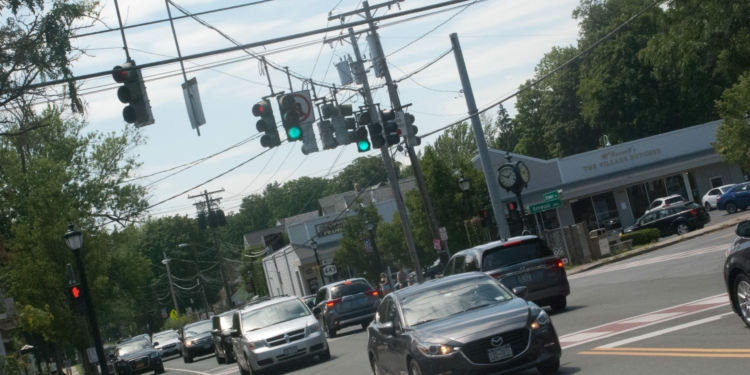 Traffic is just one of several factors Bethlehem’s 2020 Comprehensive Plan will need to address. The last plan was drafted in 2005. Diego Cagara / Spotlight News

He said that in the July 10 Town Board meeting, Robert Leslie, the town’s Planning Division director, will provide a condensed summary of the findings from the series of public forums that had been held throughout town from November 2018 to March 2019. Hamlets which held the forums were Slingerlands, Selkirk, North and South Bethlehem, Glenmont, Elsmere and Delmar.

“It’s taken a while for us to gather all the information because we had seven community forums and in each forum, we had three to four different groups throwing out ideas,” VanLuven said. “It was a vast amount of input that we had to organize so we can start to see themes, patterns and common issues like walkability and neighborhood feel. There were also themes by hamlet because the challenges we heard in South Bethlehem and North Bethlehem were different, for example. Certain hamlets don’t have a commercial center that draws people together that serves as a nexus for community or connection.”

VanLuven also said that the town is looking to create a so-called Comprehensive Plan Advisory Committee. He said it would ideally include people who have expertise on different areas like their respective hamlets, traffic, economic and residential development, or history; need those people to be “ambassadors” as in they can regularly reach out to the communities; and also engage them during the comprehensive plan process. Concerning the latter point, he added, “It would also inform the people of what the town can do and can’t do. We’d be looking for businesses and residents to step up.

“We’re going to need people who will be active so it’s not like they will attend a meeting once a month and never again. They’d have to invest a ton of time, and do lots of background material reading, and do a lot of outreach,” he said. “It’s a serious endeavor and we’re looking for a broad breadth of perspectives although we don’t want people who are looking into it in a political perspective.”

When asked how many committee members would be needed, VanLuven said it’s a matter to be further discussed although he

imagined it may be around 15 people at most. He added that the town is not yet ready to start putting out a call for people to submit applications.

“I would like to have the comprehensive plan be ideally done by the middle of next summer and that might be overly ambitious but that’s what I would like to see,” he said. “I’d like for it to be done by the end of next year at the latest and I don’t want this to go more than two years.”

The new comprehensive plan will succeed the town’s original 2005 one which had outlined goals and visions for the town to achieve through 2020. VanLuven said the 2005 plan was “in a lot of ways, a huge success which was well-thought out and well-executed” although he said the town missed “some opportunities” like achieving more farmland and greenspace protection, for example.

“I want this [new] comprehensive plan to bring the community together to think about what we want Bethlehem to be,” he concluded, envisioning that the plan will focus on the town’s goals through perhaps 2035 or 2040. “I want us to take real steps, actions and programs to achieve what we want to achieve, and not just talking about them and not doing anything about it.”

Crossgates’ Maggie McFly’s has the menu to satisfy everyone