Wren and Rail to move into Toll Gate in Slingerlands

SLINGERLANDS — A little birdy may be moving into a familiar hang out in town.

According to signage perched inside the restaurant’s two large windows, Wren and Rail is soon moving into the vacant Toll Gate Ice Cream and Coffee Shop. A chalk and slate sign stating, “A little birdy told me something’s coming soon” sits prominently in the storefront. A similar sign depicting a small bird with the words, “Coming Soon,” Toll Gate Revival” and “WXR.”

The owner of Wren and Rail declined to comment.

Toll Gate has been owned by the Zautner family since it first opened in 1949. It closed in January 2017 after Rob Zautner fell ill. The family closed the store indefinitely to address subsequent medical bills. He was the family’s third generation to own the Slingerlands store after his father died in 2012. 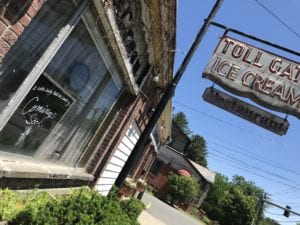 “Once my brother took over for my dad, he poured everything he had back into the business.” Mary Zautner Smart told The Spotlight in 2017. Though a popular landmark within the Slingerlands Historic District, she said the shop had struggled to attract customers. “The economy is different, you know, and the business environment is different. There are less mom-and-pop operations. It’s been difficult for him to keep up.”

Toll Gate stands at the intersection of Kenwood and New Scotland avenues. It’s in the middle of the Slingerlands hamlet. At one time, the hamlet’s post office was housed within the same building. That section is now occupied by Trustco Bank. Through the years, neighborhood families and those driving past to visit the Indian Ladder Trail would stop for dinner.

Or, they’d just skip to the ice cream, for which the restaurant was best known. A wooden soda bar encircled the center of the floorplan, within which employees would craft ice cream cones, milkshakes and floats. Up until the restaurant shuttered its doors more than two years ago, it retained much of the same decor from decades past. 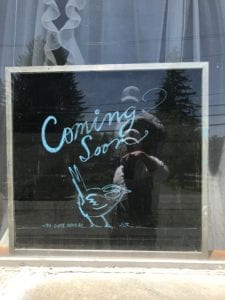 A recently revitalized feature from Slingerland’s past has drawn visitors back to the area. The Albany County Helderberg-Hudson Rail Trail runs immediately behind the store’s parking lot. The rail trail has become an attraction for visitors and real estate investors since it broke ground a few years ago.

Wren and Rail established its food truck business in 2017 in New Scotland, just a few miles west from Toll Gate. All Over Albany contributing writer Denna Fox described it as a“little piece of nirvana” in a favorable 2017 article on the news website. The food stand offers locally sourced food on a circulating menu that can include grass-fed Angus beef burgers, shrimp Bahn Mi and hand-cut fries, among other items. In her review, Fox stated how its location, set well off the side of New Scotland Avenue, was a challenge for the casual traveler to find. A move to the Toll Gates location would be perceived as a potential improvement.

Bethlehem’s historic season comes to an end in OT thriller

SPOTTED: Pride and Alive at Five 2019

SPOTTED: Pride and Alive at Five 2019