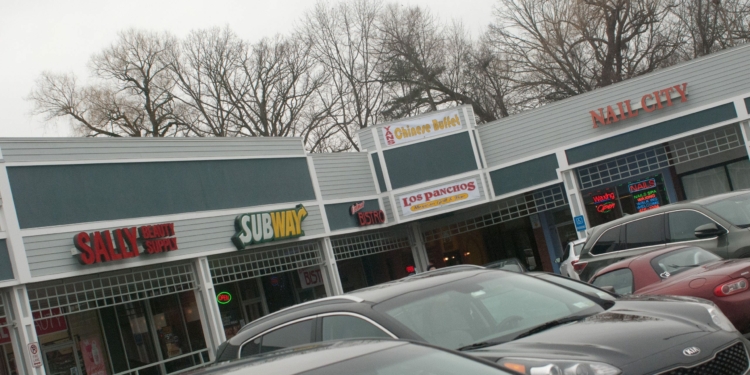 BETHLEHEM — When Delaware Plaza was first bought in 1973 by former state Sen. Howard Nolan and his business colleagues, it prided itself as being the only shopping center in town. But as decades passed, it has persisted through numerous challenges like competition from online shopping, its once-aging infrastructure, and tenant turnover.

But Nolan, 86 — who helped first open the property on 180 Delaware Ave. in Elsmere and is still involved with its business — has remained positive. “Delaware Plaza has always been successful since the ’70s so we’ve been here a long time,” he said, adding that it is one of the few locally-owned shopping centers left in the Capital District.

When asked why the plaza has stayed open, Nolan offered several reasons, “Number one, we’ve got a great location here on Delaware Avenue and being close to the city of Albany.” Second, he said that the area has been undergoing renovations to help revitalize its aesthetic appeal and to attract new tenants and customers. Around $1 million has been poured into such improvements since 2018, including having added new modern-looking storefronts while sidewalk and possibly parking lot work are expected to commence in the near future. Concerning the former, Nolan’s daughter and Delaware Plaza’s managing director, Debbie Nolan Murray, chimed in, “Yes, we updated some of our store signs because they’re so old so we put them on LED lights now too so it’s a lot brighter.”

Thirdly, Nolan brought up how he and Delaware Plaza have maintained a positive relationship with Bethlehem’s government and residents alike. Nolan, a Democrat himself, was a state Senator from 1974 to 1994, being known for winning over the then-mostly Republican Town of Bethlehem in 1983 which had never seen an elected Democrat in 188 years prior.

Nolan said that up to around a decade ago, all of the town supervisors were Republican and yet, “We still worked with them and it never became a political issue between Democrats and Republicans. It’s all because we were all interested in seeing the town do well for the sake of the people living here. We’ve always worked very closely trying to be good citizens, and by the same token, they’ve always been very fair to us, regardless of party. But we never got involved politically.” He added that it would be detrimental to ever have a “confrontational approach” to the town government; instead, he believed in maintaining cooperation between the plaza, town officials and residents.

A fourth reason is how Delaware Plaza has welcomed new tenants who have long stayed in the plaza over the years since Nolan said that most of the original tenants since 1973 have either left or moved to a new location within the property. Examples of current businesses include Delmar Bistro, Verizon, Yan’s Chinese Buffet, Shalimar Restaurant, and Bruegger’s Bagels. “That goes to show how much we value our longtime tenants here and how they value us as landlords,” said Murray. “One of the first things my dad ever taught me was, ‘If a tenant is successful, then you’re successful.’ So we pride ourselves with really working with our tenants and getting to know them, and the new facades also helped enhance their businesses and stay competitive.”

“The more people that work here at the plaza, it provides more customers for the remaining stores so it’s important that we keep it full of tenants,” Nolan said. “If you also have a mix of different types of tenants, there are more services to the community.” Murray also said that customers can find it convenient to park their cars and explore the stores since they are all located door-to-door.

Among the stores is The Paper Mill, a Hallmark Gold Crown store which offers Hallmark cards, gifts and ornaments, and is managed by Lauri Mendleson. Saying that her parents first owned the store three decades ago, Mendleson credited the plaza’s central location, Hallmark’s positive reputation as a company, and the support from Bethlehem residents for having kept her business running for so long.

However, she noted that online shopping has become one of Hallmark’s bigger issues nowadays but she believed that

“customers love to still come into the store and feel the product and browse and look at the merchandise and get ideas. I mean, how else can you get ideas? I find from my conversations with many of my customers who also say, ‘Please don’t leave,’ that it’s harder to do that online.” She said Bethlehem residents have realized that in order to enjoy local businesses, they need to physically come over.

Todd Yutzler, co-owner of Upstate Wine & Spirits Company, said that it has been at the plaza since 1967, and was then known as the Delaware Plaza Liquor Store, even predating Nolan and his business colleagues purchasing the overall property in 1973. The establishment then moved just two doors down into a larger location within Delaware Plaza in January 2016.

When asked how it faces competitors like online shopping and other similar businesses, Yutzler said that it keeps up by offering stellar customer service, having a rewards program — a member earns two points for every $1 they spend — which has over 5,000 members now, setting competitive prices and it has recently launched a new website at www.upstatewine.com. “With this new website, if things start to get crazy, maybe we’ll have to take over another area just for shipping but right now, no, we’ll stay here,” he added, also expressing gratitude to the loyal customer base so far.

These examples are how Nolan said he believes Delaware Plaza will continue to thrive. “The more supportive the tenants, the town and residents are, it was better for us,” he concluded. “So it’s a good marriage.”

Out of the limelight since 2015, comedic superstar Dane Cook is back on tour, but don’t call it a comeback