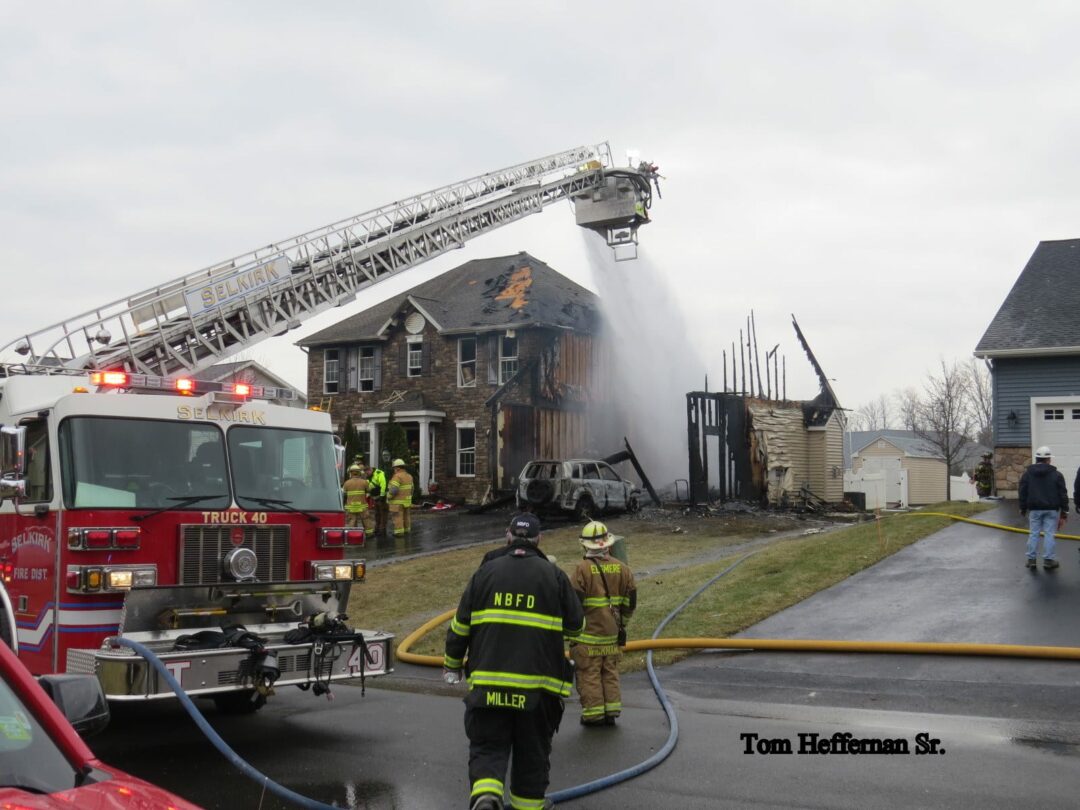 SELKIRK — A raging inferno has engulfed a home in Selkirk, leaving a family of five homeless one day after Christmas.

At 11:03 a.m., first responders received word of a blaze at 30 Trotter Road in Selkirk. The homeowner, his wife and three young children were in the home when the fire started. There were no injuries to the family or first responders, Bethlehem Police Department’s Cmdr. Adam Hornick said.

The cause of the fire is under investigation by Bethlehem Police Department and the New York State Office of Fire Prevention and Control, Hornick said. At this time, the fire does not appear to be suspicious, Hornick added.

“The family lost almost everything in the fire,” he continued, adding the family will be staying with relatives for the time being. Bethlehem police contacted the Albany County Sheriff’s Office’s Hilltown Christmas program, which provided warm clothes and gifts for the children.