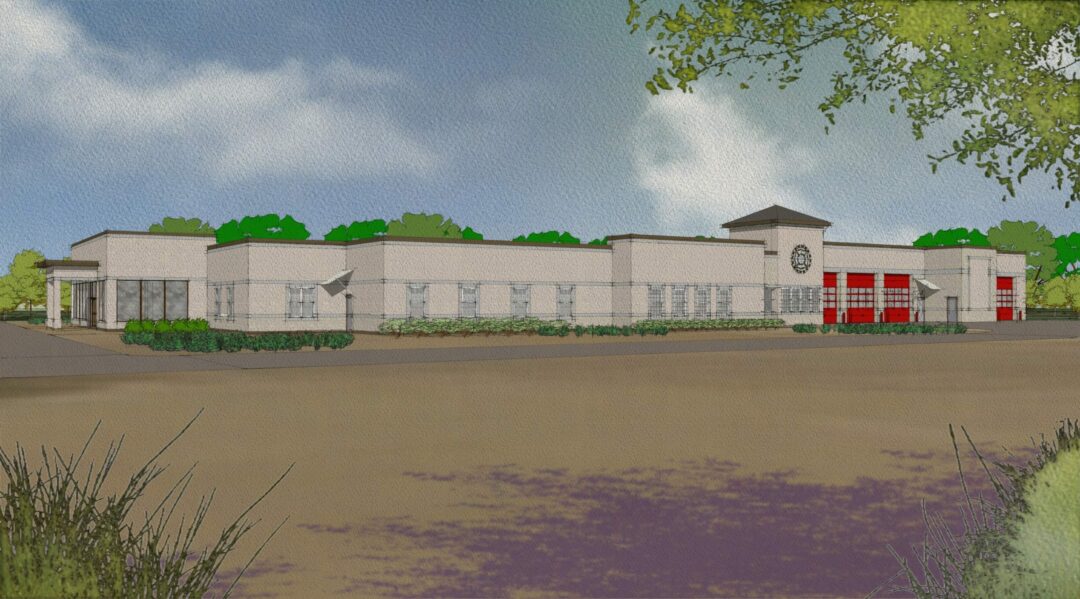 An artistic rendering of what the proposed Selkirk Fire District headquarters building could have looked like. The building was planned to be located along Route 9W beside Albertus W. Becker Elementary School. Submitted photo

SELKIRK — Voters have rejected the proposed $17.8 million Selkirk Fire District building project on Tuesday, Dec. 11’s bond vote with 557 voting against it and 336 for it, according to results presented on its website.

The project’s purpose was to address the firefighter safety hazards and outdated architecture that are prevalent in the district’s three fire stations. They were originally built in 1928, 1952 and 1956, and had received many updates through the years.

If passed, plans would have included the construction of a new 34,091 square-foot headquarters on district-owned land along U.S. Route 9W beside the Albertus W. Becker Elementary School; the demolition and reconstruction of the district’s second station at 301 Glenmont Road in Glenmont that would take up 10,224 square feet; and rehabilitating its third station at 480 Bridge St. in South Bethlehem.

In a press statement attributed to Charles “Chuck” Wickham, the district’s Chair of the Board of Fire Commissioners, “We are disappointed that the public rejected the bond proposal for the fire station renovations. The Board and the Building Committee will look at these results and make a decision about our next steps.”

Prior to the vote results, Wickham had said that the district had come to a point where it should not keep continuing with updates or even possibly build a fourth fire station; instead, he said he believed a massive overhaul in terms of constructing more efficient fire stations or buildings would have been a better option in the long run.

“We still need to address our concerns about the safety of our firefighters and our ability to attract future volunteers so we are able to protect our residents,” he concluded.

For more information about the project and its background, visit http://selkirkfd.org/building-project/.

The Selkirk Fire District’s Commissioner Election results, as voted by attending residents, were released along with those of the bond vote.

“I congratulate Mr. Lake and Mr. Ward on their election as Fire District Commissioners,” said Wickham. “I trust that they will work with the rest of the Board to develop plans to protect the volunteer firefighters of the District and the lives and property of our taxpayers in the most fiscally prudent manner possible.”