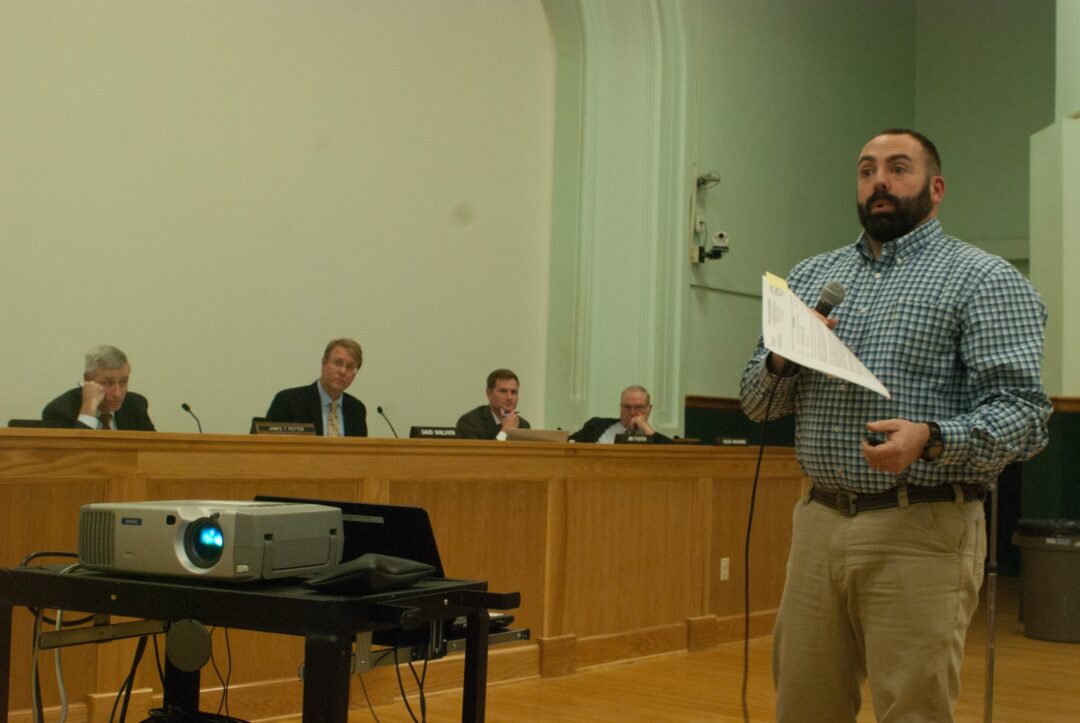 BETHLEHEM — The Town Board voted unanimously to award the construction contracts for the Clapper Road Water Treatment Plant improvement project during its Nov. 14 meeting.

The town received bids for the project, which was broken into three separate contracts, back on Sept. 28.  and ultimately selected the lowest bidder for each one.

Overall, the total low bid would be around $16.8 million. George Kansas, the town’s Commissioner of Public Works, noted that the town had been awarded a $3 million grant from the state to help offset some of the project’s costs.

When asked by Town Supervisor David VanLuven why the bid numbers have come out much higher than what the town had expected when the project was put out for bid, Kansas said, “The belief is that we’re facing a really uncertain construction market right now. Material costs have gone up drastically, especially when it comes to things like structural steel and this project has a lot of steel in it, and concrete, and other pieces of equipment used during construction. I think that’s a part of it.

“I’ve been talking to other engineering firms, not just our current ones, and say, ‘Hey, by the way, what have you seen lately with some projects that have gone out to bid?’ And they’ve seen the same type of uncertainty and higher numbers than they’d anticipated. So, I think the market is kind of in this really weird point where the costs are being driven up.”

The reason the plant required improvements was because one of its four sampling sites—at Wemple Road—had been found to violate the Environmental Protection Agency’s Stage 2 Disinfectants/Disinfection Byproducts Rule.

This rule monitors the levels of trihalomethanes (TTHM) which is a by-product of drinking water chlorination—Bethlehem’s drinking water is disinfected with chlorine to eliminate bacteria and prevent waterborne diseases like typhoid and cholera.

Over 80 parts per billion of TTHM is deemed unsafe by the EPA. TTHM is a chemical compound that gets dangerous when there’s chlorine in a water supply which could lead to risks of cancer and reproductive issues. As the Public Works department found out in its “Annual Drinking Water Quality Report for 2017” that there are 92.3 parts per billion of TTHM at the Wemple Road sampling site, the EPA has issued an Administrative Order to the town to solve this.

Kansas emphasized before the Town Board and public attendees that Bethlehem’s water issues are not the same as the crises of Flint, Michigan and Hoosick Falls. Residents need not seek alternative sources of water like bottled water as this is not an emergency, since Kansas said that long-term exposure to TTHM over many years is dangerous, but not in the short term.

For more information about the town’s water quality and annual reports, visit www.townofbethlehem.org/719/Water-Quality-Reports.

PICK OF THE WEEK: Imagined sequel to ‘Pride and Prejudice’ takes to the Capital Repertory stage this week

Sen. Neil Breslin looks forward to working with a solid majority for the first time in more than two decades