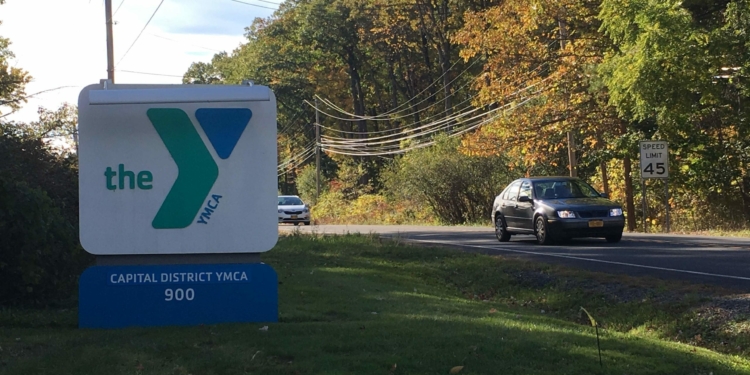 BETHLEHEM — Bethlehem police are warning locals to be wary when going to the local YMCA this weekend after they said that at least three people have had their credit cards stolen from their locked vehicles in its local parking lot back on Friday, Oct. 12.

Cmdr. Adam Hornick of the Bethlehem Police Department said that two of the larcenies had occurred at around 11 a.m. and the third at 1 p.m, all in broad daylight. He wanted any person who was at the YMCA around that time to call the police if they have any information or saw any suspicious individuals loitering in the parking lot.

He also suggested that people should check their bank statements to look for any fraudulent purchases as they may not necessarily immediately know that their credit cards were indeed stolen.

“There’s at least three suspects involved who were at the parking lot at that time,” he said, adding that the police are still reviewing the area’s camera footage. “But we don’t have a great description on them at this time. Nothing is good enough for now as we’re, for example, only getting the image of a person but we can’t tell if it’s a white male or black male or Hispanic male. We don’t even know yet if it’s a male because of how far away it is from the building.”

In the three cases, the affected vehicles showed no signs of forced entry and the suspects apparently watched as the victims took the time to try to safely store their belongings in their vehicles — in one case, left them in her trunk. However, their efforts proved futile as the suspects infiltrated their vehicles after they walked into the YMCA.

“It appears the suspects are using some type of device to open the locked vehicles,” Hornick said. “We’re thinking that it’s some lockpicking tool or something similar like that. But they’re not causing damage to the vehicles.”

He advised that people should continue to leave valuables and personal belongings out of sight if leaving them in their vehicles, always remain observant of their surroundings and follow the usual “see something, say something” mindset. If someone senses something wrong or sees a suspicious vehicle, call the police, note the licence plate or take a photo of the vehicle, or if necessary, safely get away from the scene.

“People should also try to park closer to the building since camera surveillance there is much stronger but sometimes, that’s not possible as there are already a lot of vehicles there or there’s a big event happening at the building.”

Hornick said that there is a possibility that such larcenies may happen at the YMCA in the upcoming weekends, at other locations across town like parks and other parking lots, and that there may be more victims beyond the confirmed three. “We’ve never seen this kind of situation happen at that location before.”