School’s Out cancels plans to expand 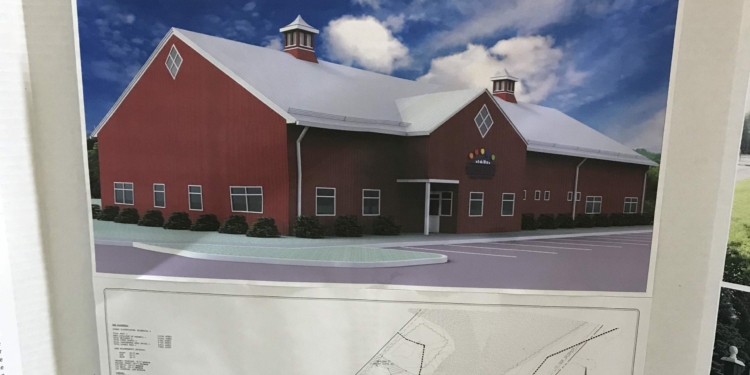 GLENMONT — School’s Out, Inc. canceled its proposal at around noon on Thursday, Sept. 27 to move its Enrichment Center from its present location at 239 Delaware Ave. to 81 Kenwood Ave., citing “unforeseen expenses and costs” that made it economically unfeasible.

School’s Out, Inc. was first established in 1983 to offer “safe, reliable, quality and convenient care to complement elementary education within the Bethlehem Central School District,” according to its website. This nonprofit organization has programs to care for children before and after school, during the summer and vacations, and those with special needs.

It also aims to have programs that develop children’s social skills, nurture their creativity, shape their self-confidence and support the local community. It has six locations at Eagle, Elsmere, Glenmont, Hamagrael and Slingerlands elemetary schools, and lastly, its aforementioned SOI Enrichment Center.

SOI staff did not respond to requests for an interview.

However, Lorraine R. Silverman, president of the SOI Board of Directors, sent an email and wrote, “The one thing that we are lacking is green space for outdoor play at our Enrichment Center, the only School’s Out site that is not located within one of the schools.  Our Enrichment Center is located at 239 Delaware Ave., Delmar, bordered by parking lots and busy Delaware Avenue. We had planned for 81 Kenwood to be the answer.” She did not elaborate on the exact nature of the “unforeseen expenses and costs” though.

81 Kenwood Ave. comprises of 13 acres of land now, which has a few large barns and an indoor horse arena. Prior to the proposal’s cancelation, that property was ideal because it can include a new outdoor playground, a 60-by-125 foot single story building to contain classrooms for the before and after school programs, and an expanded indoor play space. The property’s current indoor riding arena would have been converted into an outdoor play space for the children where they won’t be exposed to the weather.

The proposal also saw “this property as an opportunity to provide expanded programming specifically in agriculture and environmental studies.” For example, a garden there was planned to introduce the children to farming whereas locals can use it to garden together as a community. The rest of the property was meant to remain undeveloped to retain its green space, to continue the overall agricultural aesthetic.

SOI had first expressed interest in the property in early March, where its owners John and Holly Lutz had been unsuccessfully hoping to sell it off since 2015. As of Sept. 28, the property was listed at $849,999. Furthermore, in 2013, SOI had attempted to buy a property on Adams Place in Delmar to expand then, which eventually got bought by the Stram Center for Integrated Medicine.

SOI had put an offer, its exact amount was undisclosed, on the 81 Kenwood Ave. property, acknowledged it required the Town of Bethlehem to approve it as a Planned Development District — it is now zoned as residential though — and scheduled to discuss the proposal at the Sept. 26 Town Board meeting. The public was encouraged to attend it and also sign a petition to support the proposal. On March 9, SOI had also emailed parents (of children who go to SOI) to encourage them to write supportive letters to complement the proposal.

She also wrote that SOI is now actively looking “again for [a] centrally located property with ample room for outdoor play where we can move forward with this project.”

For more information on the organization, visit schoolsoutinc.org/.