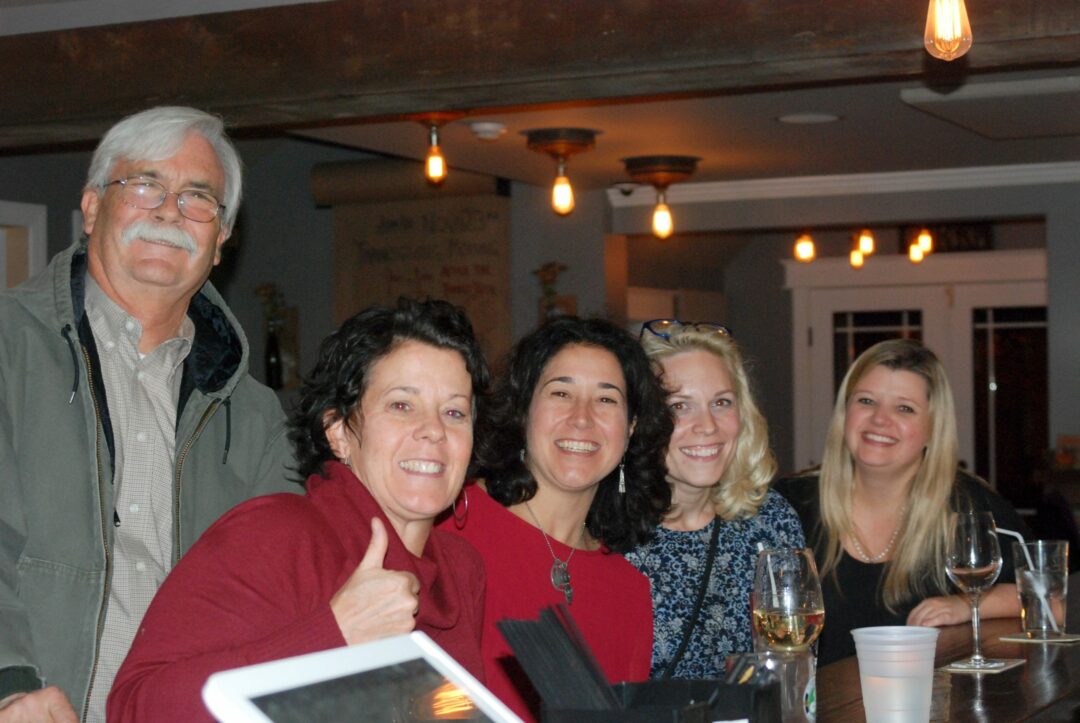 BETHLEHEM — The town Democratic Committee voted unanimously on Monday, Sept. 24, to elect Joanne Cunningham as its chair, taking over for Jeffrey Kuhn.

“I was very pleased and honored to be initially nominated to step up and take the position,” she said, immediately assuming it last night. “I’ve got a long history in Democratic politics and campaigns, and I consider myself a real hard worker. I care an awful lot about electing good Democrats to office.”

Cunningham is juggling her position as an Albany County legislator, which she’s held since November 2015. She said she will not be leaving that legislative position since it is part-time. She added that she plans to seek re-election next year.

She said she is grateful to be the first female to attain the chair position, too. “I think we’re gonna see a tremendous 2018 wave with a lot of women seeking office in the town, state and county. My position is part of what’s happening in the country, too, where we see women moving up in politics more. I’m thrilled.”

She now hopes to “recruit and elect exceptional candidates who have Democratic values in the Town of Bethlehem, to advance our position to keep our town’s character and quality.” She is also interested in pursuing policies that favor open space protection and greenspace, while “continuing to ensure we have a high level of town services like making our town more pedestrian-friendly and walkable.”

Cunningham was aware that Kuhn had announced last year that he did not plan to run again, having served for six years.

Kuhn said that one reason he chose to step down was that he wanted to focus on other commitments like his family while remaining a committee member. He also believed that by stepping down, he was allowing for new ideas and perspectives, and holding onto one position for too long “is not the healthiest thing in leadership.”

“I have four young children who are now 12, 10, 8 and 5 but when I started as chairman six years ago, I only had three,” he said. “Now, there are more commitments as a dad that are important to me. Also, still staying on as a BDC member is a fairly demanding job so I want to make sure I’m fulfilling all my commitments and doing a good job at it.”

Since his announcement, Kuhn said that he’d been working closely with Cunningham to ease the transition process although the official transition that took place during the BDC organizational meeting on Sept. 24 was quick and immediate.

“I have no doubt Joanne will do a fantastic job,” said Kuhn. “She’s incredibly hardworking and has a great deal of know-how about political issues that she’ll deal with them as chair. I felt like it was a good time to pass the reins to someone else.”

The BDC, however,  was embroiled in controversy towards the end of Kuhn’s term, after Dan Coffey and Giles Wagoner were prevented from continuing as candidates on the party’s ballot line in last year’s primary election.

Wagoner, a member of the BDC and the Town Board, was initially announced in mid-July 2017 to replace Brent Meredith as the candidate for highway superintendent after the latter took a job at the University at Albany. Meanwhile, Coffey was running for Wagoner’s Town Board seat. He was a former member of the Bethlehem Planning Board for a year and later, Chairman of the Zoning Board of Appeals for seven years.

Their candidacy was threatened when fellow Democrats Dan Morin and George Harder, who were running for town positions too, filed suit after they found that the BDC leaders — Kuhn, First Vice Chair Coffey and Second Vice Chair Pam Skripak — had incorrectly filed paperwork to name Wagoner and Coffey as replacement candidates.  The court ruled that Wagoner and Coffey could not officially run on the Democratic ballot line for the primary election leaving only Morin and Harder on the line for the general election.

In the end, Wagoner and Coffey would only appear on the Working Families Party line, creating a split in the Democratic vote and unrest among the committee.

“I think that’s all in the rearview mirror at this point and we are coalescing at getting Coffey again and supporting Ryan Donovan who’s now running for his fourth term for town justice,” Cunningham said. “We’re just really looking ahead so the BDC can continue to be a powerful force in electing progressive Democratic people to make our town exceptional and maintain high quality.”

Despite the BDC’s internal division from last year’s turmoil, Kuhn brought up how the vote to elect Cunningham was unanimous, “I know there were a lot of people that were hoping she would run, even before she was officially nominated. They all feel the same way as I do in that she’s really ideally positioned for this.”

Believing the BDC and the town’s future will be collectively bright with Cunningham taking over, Kuhn said he is still excited to remain a part of it as just a BDC member.

“Jeff is still very involved and instrumental in the BDC’s success, we want to keep him very engaged and draw on his expertise,” Cunningham said. “Even though he’s stepping back, you can bet I’m going to rely on Jeff. And we at the BDC are continuing to make more of an effort and energy to make Democrats have a good year in the coming Nov. 6 elections.”