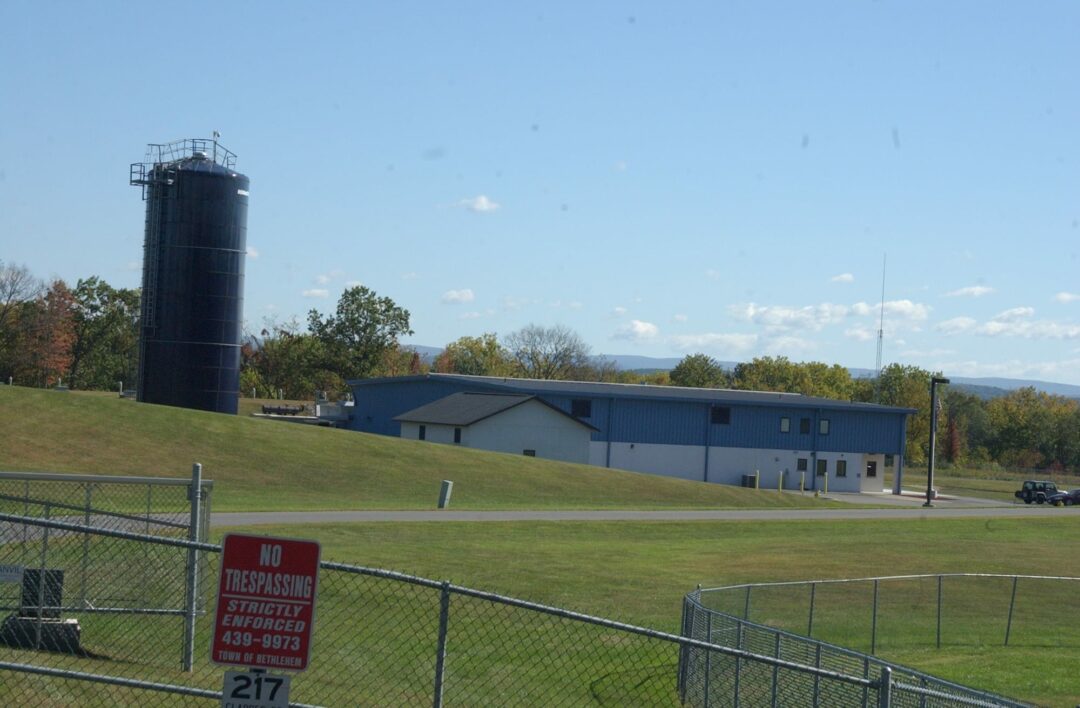 A pretreatment plant will address undesirable by-products found at one of CRWTP’s sites. Spotlight File Photo

BETHLEHEM — The Town Board accepted on Aug. 8 to authorize $1.6 million in engineering services to help upgrade the Clapper Road Water Treatment Plant (CRWTP) after one of its four sampling sites, at Wemple Road, was found to violate a rule that is enforced by the U.S. Environmental Protection Agency (EPA).

The rule in question is the Stage 2 Disinfectants/Disinfection Byproducts Rule which tightly monitors the presence of both trihalomethanes (TTHM) and haloacetic acids (HAA5), which are by-products of drinking water chlorination.

TTHM, a chemical compound often used in solvents or refrigerants, is also common in public water systems. It is considered hazardous when chlorine also exists in a water supply, as its presence increases the risk of cancer.

HAA5 on the other hand, is a common resultant after chlorine is added to drinking water (the process of which eliminates bacteria and stops water-traveling afflictions like typhoid and cholera), which can induce risks of cancer and reproductive issues.

The EPA had issued an Administrative Order to the town because it deemed the amount of byproducts found at the Wemple Road sampling site too high.

This prompted the town to craft a plan to address it by approving contracts with engineering firm Hazen and Sawyer, P.C. to upgrade the CRWTP.

This plan was then approved by the EPA and both the New York state and Albany County Departments of Health.

Construction to improve the plant is slated to begin late this year.

Bethlehem is one step closer to tightening traffic on Delaware Avenue