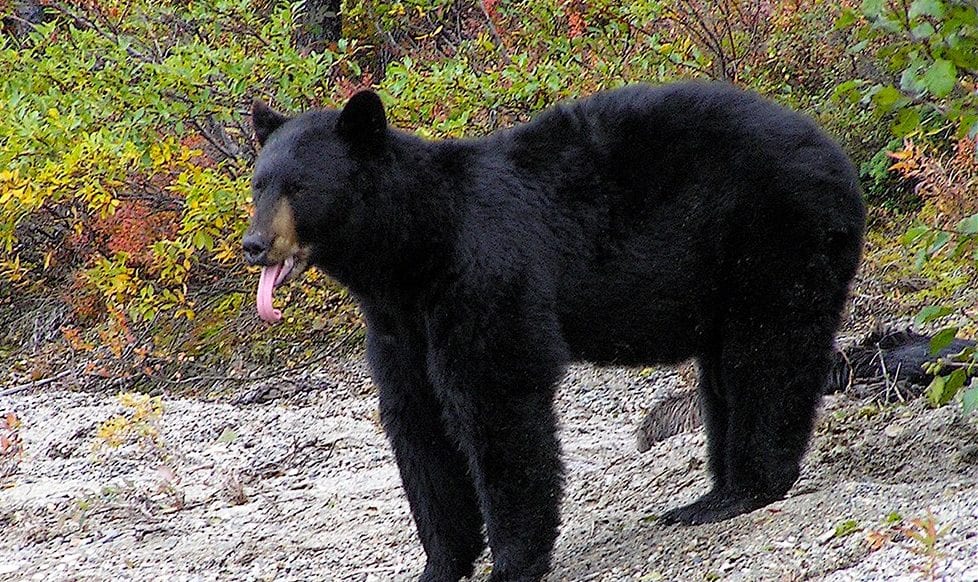 BETHLEHEM—When Michelle Lennartz, of Delmar, called the Bethlehem Police Department to report that a bird feeder system had been vandalized, she and her husband were informed that a black bear was the culprit. They were also told there had been multiple other sightings in the area.

The Lennartz’ have three bird feeder systems in the backyard of their home near Hamagrael Elementary School, each with eight feeders containing a variety of mixes suitable for different types of birds. The system destroyed by the bear contained a fruit mix (for woodpeckers) that attracted the foraging animal.

The only sign there was a bear in the yard on the evening of Tuesday, May 1, said Lennartz, was the behavior of their dogs, who seemed more attentive on that evening—while on a walk around the neighborhood as well as from inside the home.

Even though she has never seen a bear in the area in the 25 years she’s lived in that home, Lennartz said the damage seemed consistent with what she and her husband had been told by officers. The feeder system, on a wrought iron pole standing more than six feet tall, had been bent more than 90 degrees toward the ground. Most of the mesh feeders had been crushed, but the two containing fruit had been separated “from the wreckage” and worked over to extract the contents.

“We will never buy anything with fruit it in again to put out there,” she said, noting that the other two feeders were unmolested, including one, less than 20 feet away from the one destroyed, that contained suet but no fruit. She lamented that the bear attack may have caused them to miss a three-day window during which the rose-breasted grosbeak might have been sighted locally. “It’s such a beautiful bird,” she said.

Bear sighting are not unusual this time of year, according to BPD Deputy Chief Thomas Heffernan, Jr.

“Unfortunately,” he said, “many of these encounters are due to homeowners not being diligent in keeping human provided food out of the bear’s reach. This includes unsecured trash, feeding birds from early March to late November, feeding pets outside and failing to clean barbecue grills.”

BPD has pamphlets from the NYS Department of Environmental Conservation on Living With Bears available to pick up (or click link) and more information can be found on the DEC website.

“When bears associate humans with food, they become more comfortable, increasing the likelihood of encounters,” said Heffernan. “Black bear attacks on humans are extremely rare, but do happen.”