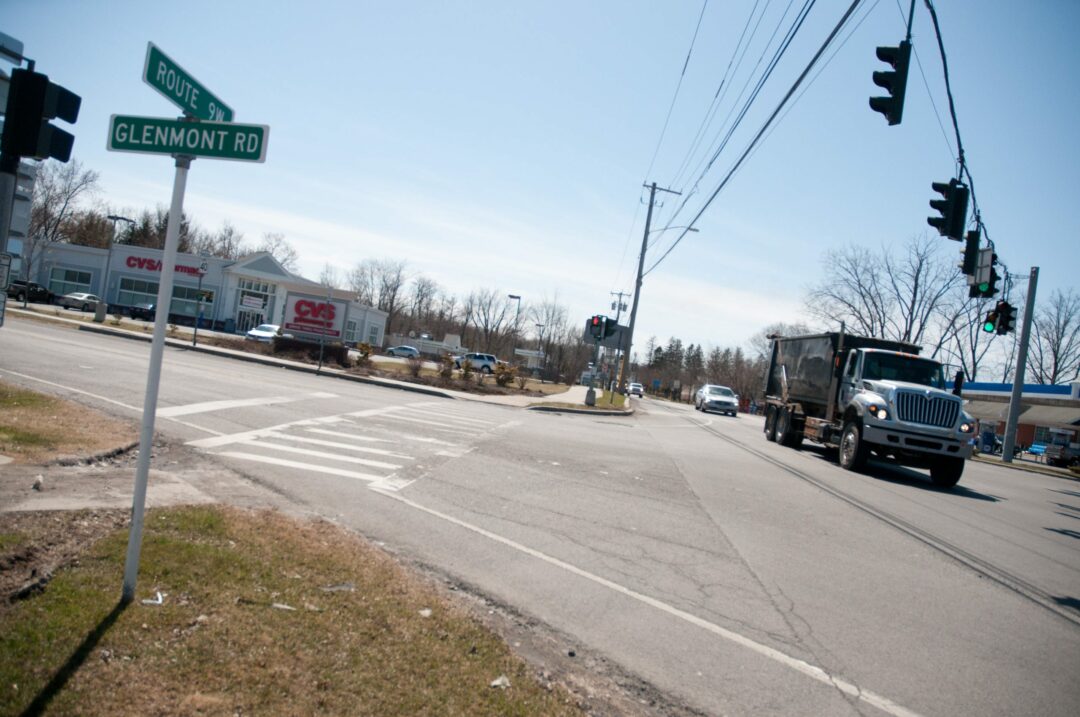 GLENMONT — A local developer has stopped pursuing construction of a condominium project on Feura Bush Road that has been unpopular with local residents.

The 48-condominium development that Amedore Homes initially proposed to build on a little less than nine acres along the south side of Feura Bush Road east of Manor Drive has been withdrawn, after the Town Board chose not to support rezoning the parcel of land to allow for that type of residential development.

The Planning Board is now considering an application from Amedore to build 19 single-family homes on the property instead.

• A 7,750 square foot expansion of Glenmont Plaza at Feura Bush Road and Route 9W; and

Per the study, traffic volumes increased on Route 9W north of Feura Bush Road between 2000 and 2008, due to economic development along that part of the corridor, peaking at an average of 21,500 vehicles per day in 2008. They have since declined modestly, averaging 19,750 trips in 2014.

As residents in that area have no doubt noticed, the daily traffic volume on Glenmont Road east of Route 9W more than doubled over the period from 2000 to 2014—from 2,200 to 5,800 vehicles each day—with an average annual growth rate of 7 percent. “Because traffic volumes [immediately outside the study area] have been relatively constant over this same period, the trend on Glenmont Road is attributed to local commercial activity in the area rather than because of route diversions or regional growth outside of the corridor,” states the report. “Although increasing, the Glenmont Road traffic volume is about 40 percent less than on Feura Bush Road.”

According to CHA Consulting, which conducted the study, it assumed a rate of growth similar to that which has been seen over the last 20 years will take place over the next eight years. Also according to CHA, “This assessment considered the development that has occurred in the Town since 2008, zoning/site development parameters, developer input, and environmental constraints.”

The study identifies the north and west bound approaches to the intersection at Feura Bush and Route 9W, where the town has plans to install a roundabout, as the worst to navigate at peak hour times. Feura Bush and Glenmont Avenue was also identified as an intersection that could use some improvement.

According to CHA, “the assessment of cumulative traffic impacts on the Route 9W Corridor area allows the town to better understand the traffic impacts from current proposed development projects and projected future growth and to be prepared for the time when improvements are needed. While the projected future growth may not be realized by 2026, as growth is expected to occur in this area of the town, the identification of intersection improvements and the development cost share will serve to mitigate the traffic impacts when they are needed—10, 15, 20 years in the future.”

According to Director of Economic Development and Planning Rob Leslie, the Wemple Road Apartments, the Hillman Farms Subdivision and Brookside Meadows are essentially unchanged as to scope and are still under review. The Glenmont expansion proposal, however, has been withdrawn. A proposal to expand Glenmont Self Storage on Route 9W is also currently under review.

Finalists for the 20th Annual Mother of the Year Contest named