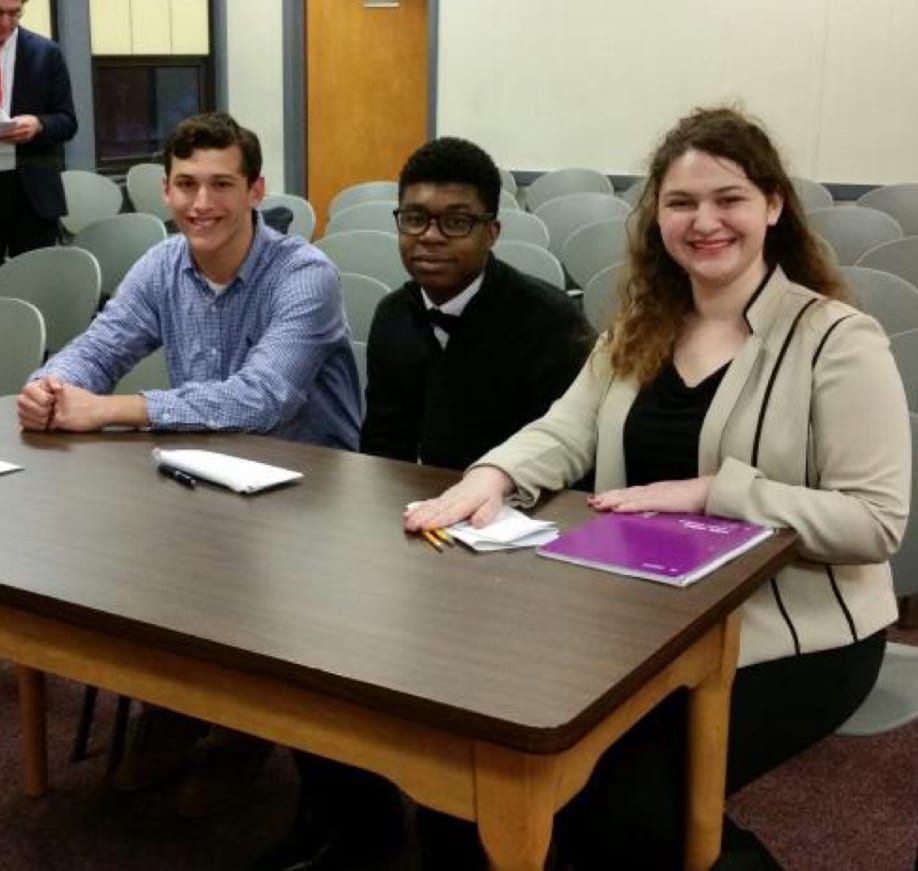 BETHLEHEM — Youth Court Director Katrina Charland gave her annual update to the Town Board during its bi-monthly meeting on Wednesday, March 14, highlighting aspects of the program, which, in 2017, saw a 97 percent success rate.

Established in 1996, BYC is an alternative to criminal and family court for young offenders between the ages of 10 and 19 who have committed a first-time, low-level offense or crime in the Town of Bethlehem. The voluntary program can divert the youth’s case out of the traditional system.

Youth court hearings are held with a peer jury, composed of student volunteers in grades eight through 12, which decides on appropriate and constructive sentences for the offense committed. Those sentences may include the completion of community service hours, participation in educational classes, paying restitution or serving as a juror on other youth court hearings.

“The idea is based on the concept of positive peer pressure,” explained Charland. “Kids actually give more weight to what their peers think about something than they do about what an adult says or imposes on them.

“The other tenet or concept that this program is based on is that we all make bad decisions or bad choices at some point in our lives, especially young people, that’s part of growing up. And one bad decision shouldn’t define someone for the rest of their lives.”

According to Charland, BYC handled 31 cases and heard a total of 40 charges in 2017, up from 21 cases and 34 charges the previous year. While charges varied, the most common was unlawful possession of marijuana, which represented 27.5 percent of offenses heard, followed by petit larceny (15 percent) and criminal trespass in the third degree (15 percent). Traffic cases dropped considerably, comprising 32 percent of offenses in 2016 and only 5 percent in 2017.

Only one case was returned to criminal court due to non-compliance.

Three cases were referred directly to BYC from the Bethlehem Police Department through a Direct Referral Diversion program that allows juveniles under the age of 15 to be referred directly to youth court without an actual arrest or the filing of any charges. “This diversion process has been a wonderful resource and has been well supported by victims, families of offenders and the police department,” Charland said in her report. At the request of the town judges, Charland also said that BYC is looking into implementing a traffic referral pilot program that “would address the issue of distracted driving and other offenses that could lead to crashes involving young drivers.”

“Alternatives like this are beneficial to the all parties involved, the defendant, their parents, the courts and the victims, as we typically reach rapid conclusions and the cases don’t languish in the court systems,” said Bethlehem Police Commander Adam Hornick. “With the ‘raise the age’ [legislation that would raise the age of criminal responsibility in New York state] changes that are coming to the law, we see a potential growth in the use of the diversion program.”

In 2017, BYC oversaw 1,632 hours of community service—682 of which were the result of sentencing, 950 of which were performed by volunteers and mentors. Project sites included the Bethlehem Middle School garden, the Albany County Helderberg-Hudson Rail Trail, the Capital City Rescue Mission, Bethlehem Senior Services and St. Thomas School.

Seventeen new volunteers graduated from training last year and were sworn in as official members by Judge Ryan Donovan in May. At the same time, BYC held its fifth Judge Jordan Scholarship Competition, in which it awarded first and second place prizes to members who delivered oral arguments to a panel of judges. The scholarships, which are funded by the Bethlehem Police Supervisors’ Association and the Police Benevolent Association, were awarded to BYC members Grace Cavanagh and Hannah Merges. A BYC-sponsored Judge Wenger Scholarship was also awarded to BYC member Louise Xie.

In the fall, an annual skills assessment day provided an opportunity for members to focus on professional development, attending workshops, listening to guest speakers and receiving additional training outside of the courtroom setting.

Charland pointed out that there were several changes to the Board of Directors and spoke about grant-raising efforts to subsidize the town’s $35,000 annual contribution and donations received from the community. She also noted that she serves as secretary of the Association of New York State Youth Courts.

Town Board member Jim Foster said that he participated as a volunteer in the program when he attended Bethlehem Central High School, before going on to become a lawyer. “It’s a phenomenal program,” he said to Charland. “Thanks