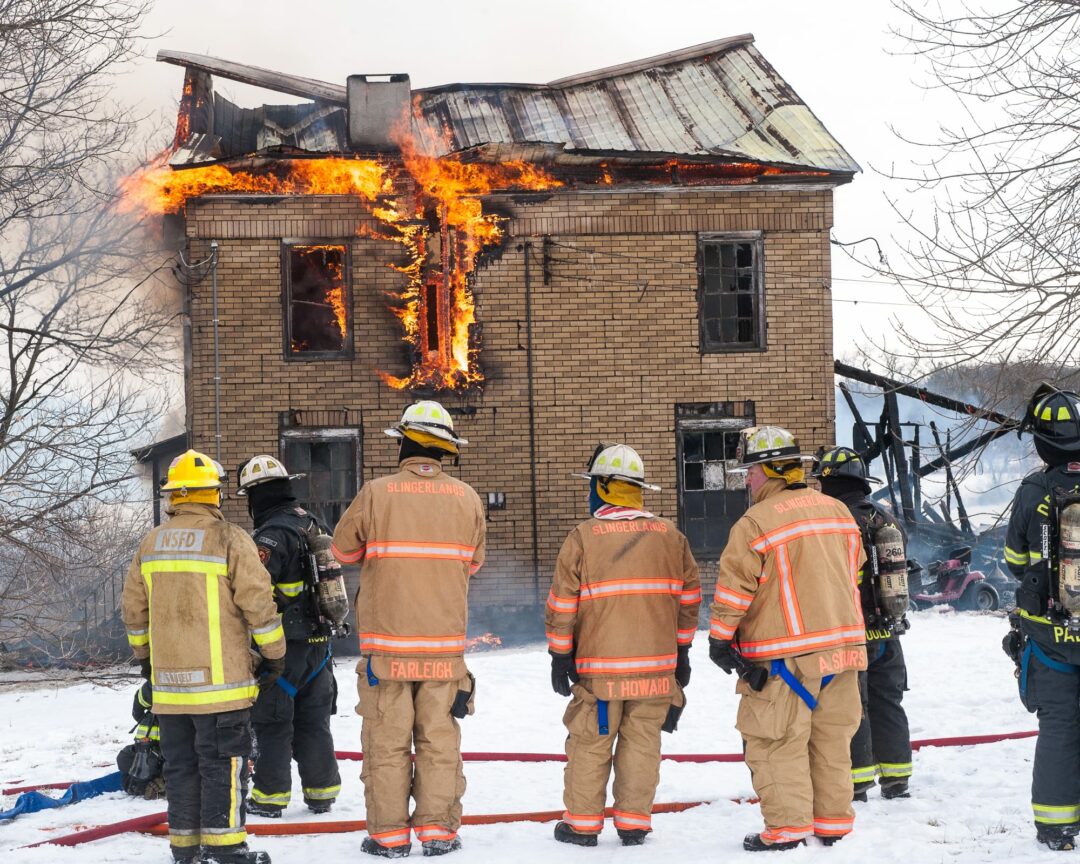 SLINGERLANDS — A 91-year-old man was airlifted to Westchester Medical Center with severe burns over the upper half of his body after his home on Font Grove Road was destroyed by fire on Friday, Dec. 29.

Sheriff Craig Apple said his office got a 911 call of a fully involved structure fire at around 12:28 p.m. from a passerby.

The occupant, Nazzerine Donato, and his dog were outside the home and also both on fire, the sheriff said. Neighbors and his deputies, who were there within minutes, extinguished the two, he said.

Donato was able to communicate briefly with deputies before being airlifted to the burn unit.

“We know he had a wood stove and we know the door to the wood stove was open,” Apple told reporters outside the still smoldering home. “Last we knew he went downstairs to check on something, heard a bang and came back upstairs and that’s all we could get from the little bit of time we could spend with him. It’s a tragedy but Mr. Donato is a tough old bird so hopefully he will pull through this.”

The dog was taken to the Delmar Animal Hospital. It was euthanized.

The sheriff used the blaze to warn residents about the dangers of old and/or unconventional heating equipment and urged those who are capable to check up on their neighbors.

“This is our biggest fear, these temperatures are here for another eight or nine days and we are afraid folks, especially the elderly, are using older heaters and different means to keep warm,” he said. “We need to make sure people have smoke detectors and carbon monoxide detectors and a fire extinguisher nearby. Some of these things can be prevented if we check on some of the older folks and make sure they are using safe equipment to heat their homes.”

Donato’s home was old, and was wrapped in petroleum-based asphalt shingles so it was a “tinder box.” There was little firefighters could do and the home is a complete loss.

Firefighters had to battle not only the frigid temperatures, but also were forced to drive tankers back and forth from the nearest fire plug about a half mile away.