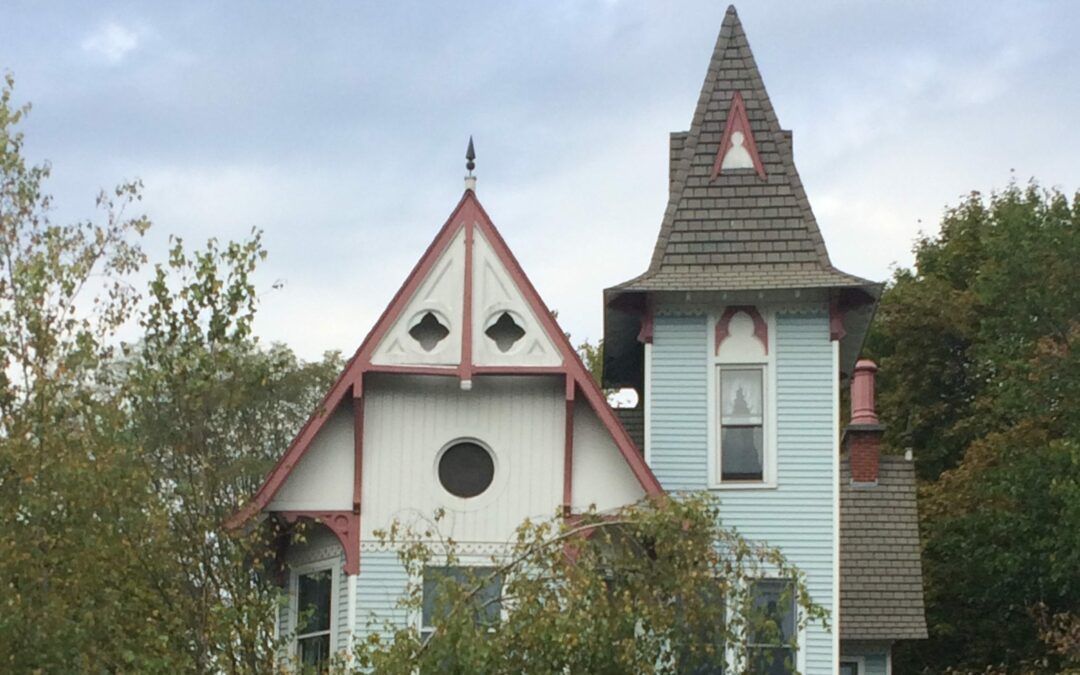 SLINGERLANDS — The New Scotland Avenue home affectionately known as the “Ironweed House” is up for sale.

The 3,179-square foot, three-story home was placed on the market earlier this month through Madison Park Real Estate in Albany for $599,900.

“I think the whole family’s consensus is that it’s heartbreaking to see it go,” said Peter Tryon, the son of homeowners Marc and Eileen Tyron. Peter said he and his siblings were raised in the Victorian Age home. Now, as his parents’ real estate broker, he’s tasked with finding a buyer.

“The timing is right. We’ve all moved out and it’s too much house for both of them,” he said.

The home is listed on the Slingerlands Historic District map as the “Ironweed House.” It’s the house that was used to film a scene in the 1987 Jack Nicholson-Meryl Streep film based on the eponymous Pulitzer Prize-winning novel by William Kennedy. Should you watch the movie today, however, you probably wouldn’t recognize the house. Susan Leath, Bethlehem’s town historian, said the house was chosen by film executives because of the dilapidated state it was in at that time. Prior to use as a movie set, neighborhood children called it “the haunted house.”

Marc and Eileen Tyron were shopping for a home in 1993 and had been coaxed to see the Ironweed House before “it fell down,” Eileen said. For what the mother of then three young children, there was no intention of buying the house. “Not even on the radar,” she said. Nonetheless, warnings of the century-old home’s condition by others were always accompanied by wishes for her to see the beauty that remained.

Eileen Tyron remembers the house as a “tree-overgrown property” when she saw it for the first time in 1992. “We went in and looked up at the house, and I could see the upstairs light fixture because the wall was missing,” she said. That was her first impression of the home she’d ultimately move her family into. “I’m not seeing what everybody else is telling me,” she recalled. Then she walked through the kitchen and into an area off of the living room. It was the only room used in the film that lent the house its new name. Her eyes were opened by the intricate woodwork of walnut and chestnut originally crafted just a few years removed from the Civil War. “You could just see the love and the work that was put into this house when it was first built.”

The Tyrons closed on the house in September 1992 and, after a year of repairs and renovations, moved in one year later. It was during the family’s first Christmas that they learned to appreciate their home’s place within the community. Eileen recalls seeing flashes of light from outside her window one evening, thinking it was the rare sight of lightning in December. Instead, they were camera flashes from passers-by admiring their home. Since then, the Tyrons have been gifted with old pictures of the house from local residents, and the historic home that formerly stood on Albert I. Slingerland’s land has lived on as a legacy for residents of the hamlet that bears his name.

“It was the perfect ‘Christmas House,’” said Eileen Tyron.

Marc and Eileen Tyron are moving to Coeymans, into a former barn converted into a home on 150 acres they hope their grown children will build upon, too.

And the Slingerlands Historic District will remain forever grateful to the couple that took a house nearly ruined by time and returned it to its former glory.

“The Tyrons really did a wonderful job in restoring that house to its original charm,” said Leath. “It’s special.”

Deer knocks girl off bike, she gets back on