Dan Coffey discusses his run for Bethlehem Town Board 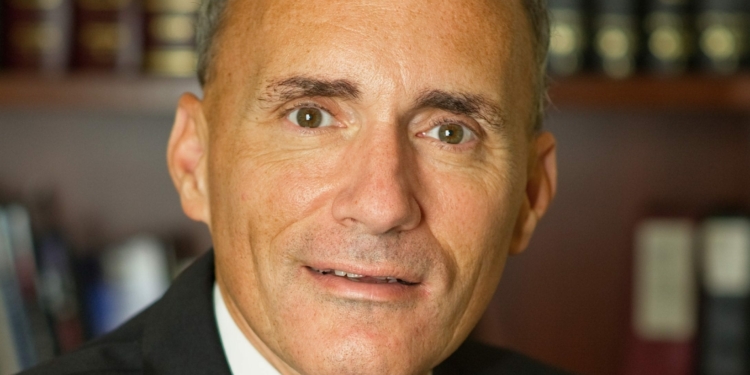 BETHLEHEM — Dan Coffey, the Democratic Town Board candidate who was ousted from his party’s ballot line last month, will continue to campaign for election on the Working Families Party line — and says he’s hopeful town residents will support his bid.

A law partner at Bowitch & Coffey in Albany, Coffey grew up in Plattsburgh and first came to the Capital District to attend Union College in the early ’80s. (He met his future wife, Eileen, while at Union, although the two did not date until years later.) After graduating with a political science degree in 1984, he attended Columbia University in New York City and earned his Master in Public Administration degree. He later attended Georgetown University in Washington D.C., taking night classes while working for the Congressional Budget Office, to earn his law degree in 1990.

Coffey moved back to the Capital District in 1992 and encountered his wife at happy hour two months later. The two married in 1995 and initially lived in Cohoes. In 1999, they moved to their present home in central Delmar with their oldest daughter, who was just a 2-year-old at the time.

“We were just so amazed that Bethlehem feels like a small town,” he said, “and yet you’re six miles from the heart of the state government, which is where I work in downtown Albany. So you have that closeness to Albany in a little town with 35,000 people.” Coffey said he had been unhappy with the rate of development occurring in Colonie. “It didn’t feel like there was heart or community.”

Coffey has also been an officer of the Bethlehem Democratic Committee for the past five years, a position he resigned earlier this month to forestall any potential conflicts of interest during the election.

While Coffey and Giles Wagoner will not be on the Democratic line in the general election this November, the overwhelming majority of committee members have chosen to support him on the Working Families Party line, rather than vote for George Harder or Dan Morin, the Democrats who filed the lawsuit that ejected Coffey and Wagoner from the ballot. After they voted on the matter during the Sept. 14 meeting, Coffey said he will campaign hard between now and November. He plans to walk neighborhoods and knock on doors six days a week, talking to residents about town issues, as well as how to cast their votes.

Coffey hopes to bring his experience on the Planning and Zoning boards to the Town Board. He said his time on the Zoning Board, in particular, has given him a chance to visit “the far reaches” of Bethlehem and become familiar with the unique characteristics of its various hamlets and neighborhoods. He said he is concerned about open space preservation and feels the town could be doing more toward that goal.

“I think there’s a lot of concern that we’re becoming Colonie,” he said, “and that they’re just going to deforest this town and it’s going to be a patchwork quilt of different apartment complexes and condos going in.”

Coffey supports a fund that would enable the town to purchase properties, such as Kleinke’s Farm, to preserve as open space. He said he would not be opposed to a small transfer tax on property sales to augment any grant funding the town is able to secure. He said he would also like to look closely at other communities to see how they’re making open space programs work.

“You have to use some carrots,” Coffey said. “You can’t tell a property owner what to do with their property, but you can have tools available to try to enter the marketplace and bid on it.” Coffey, who was on the comprehensive plan committee more than a decade ago and on a review panel in 2013, said he would like to reexamine the plan. “I think we really need to revisit the comprehensive plan, which came out about 12 years ago, and do a full review. Update the zoning code to make sure it accurately reflects the neighborhoods, which do change over time.”

“We’re relying too much on property tax revenues,” Coffey said as well, suggesting a revision of the comprehensive plan and town zoning laws could foster economic “smart growth” without dramatically changing the character of Bethlehem neighborhoods.

“Let me give a compliment to the current board that our fiscal situation is the best in the Capital Region and one of the best in the state, and for that they deserve a lot of credit,” he said. “But, I think the fact that we are in good fiscal shape gives us an opportunity to spend more, maybe long-term, to address some of these needs.”

He lauded the town’s efforts to improve Delaware Avenue and expand sidewalks, but added he feels other infrastructure improvements need to be considered; specifically, the Bethlehem Police station and town court, currently co-located at Town Hall. He also mentioned the possible addition of a by-pass to exit 22 in Selkirk, “to help spur development and keep trucks out of residential areas.”

An avid runner and biker, Coffey said that he makes liberal use of the Helderberg-Hudson Rail Trail and would support efforts to augment and expand it. “I think the artwork is great and they’re talking about [more] at the American Legion on Poplar by the CVS, perhaps acquiring some of that land and putting up restrooms, which I think would be phenomenal. Restrooms and maybe an ice cream stand along the rail trail would be great.”

He also said he would like to see more community events, such as the Delmar Dash, which he runs in every year. “I know people are concerned about closing the streets, but I would love if we could do more events like that.”

One criticism of town officials Coffey said he has heard from residents is that “they’re not good at listening.” He said that, whether or not the criticism is warranted, it needs to be addressed. One suggestion he had was holding the public comment period at meetings after the proposals had been discussed, rather than in advance of the proposals on which they are commenting, the way they do at the Zoning Board meetings. He also suggested holding annual public forums at each of the town’s fire stations, to solicit public feedback from each area of town.

Coffey spoke well of his opponent George Harder, despite the lawsuit he and Dan Morin filed that removed him from the ballot. The men served together on the Zoning Board for four years and go to the same church. “Ultimately our goal is to elect good Democrats,” he said. “That’s a goal George and I agree on.”

That being said, Coffey maintained that he still feels he is the best candidate for the Town Board seat and, with the support of the committee, will campaign for election on the WFP line, even though he acknowledged it will be an uphill battle without the Democratic line.

“I’m comparing it to what the Patriots did in the second half of the Super Bowl last year,” he said. “I can do this, but it’s going to take a lot of work and a lot of effort.”

LETTER to the EDITOR: BDC’s endorsements is a matter of principle