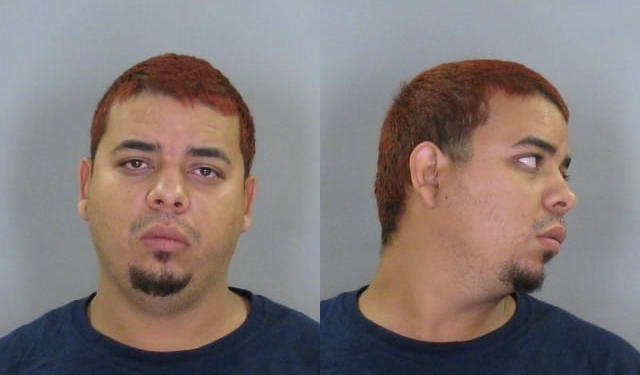 BETHLEHEM — On Tuesday, August 29, the Bethlehem Police Department arrested an Albany man on an outstanding federal arrest warrant after a traffic stop.

At 9:46 p.m., Bethlehem officers stopped a Nissan Altima on Route 9W and Corning Hill Road for failing to dim its high beams.
It was subsequently determined that the operator of the vehicle, Rafael Vazquez-Nieves, 26, did not have a driver’s license and was wanted by the United States Department of Homeland Security on a sealed indictment issued out of the United States District Court in the Judicial
District of Puerto Rico, “for Dangerous Drugs and a Conspiracy to Distribute Dangerous Drugs.”

Vazquez-Nieves was taken into custody and transported to the Bethlehem Police Department for processing. In addition to the federal arrest warrant, he was charged with failing to dim high beams and unlicensed operation of a motor vehicle.

Vazquez-Nieves was turned over to federal agents from the Department of Homeland Security Investigations and remanded to jail to await a hearing in US District Court.